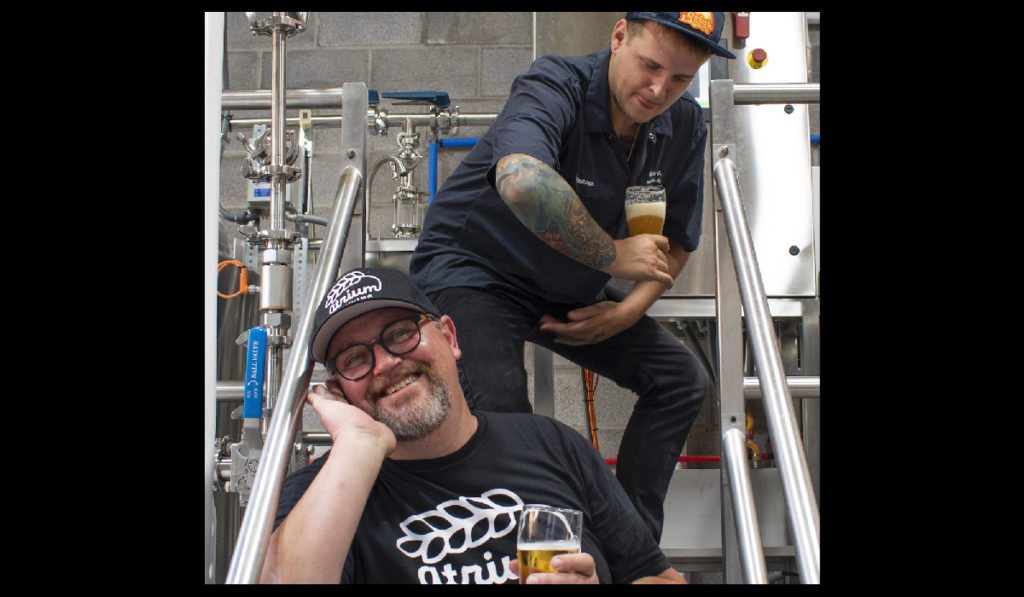 Beer stands still for no virus. While we’ve been hunkered down doing our civic duty and trying to keep all of our favorite local breweries afloat via to-go sales, at least nine more local breweries have been working toward opening or expanding.

As for new spots to sample suds, here is a quick update:

Fistful of Ale. From food truck staple (Fistful of Tacos), to taco storefront, and most recently (July 2020) adding a taproom and nanobrewery, Fistful of Ale adds a solid craft beer offering to the New Albany, Indiana scene. So far, Fistful of Ale has only brewed three beers of its own (a coffee stout, a passion fruit IPA and a Belgian quad), but the remaining 17 taps provide good craft options, including many from local and regional breweries. Note, no one under 21 is allowed in the taproom, so if you have your half-pints in tow, you will need to sit on the taco side. However, it’s easy to pop through the swinging door separating the two establishments to chat with the bartenders and grab your beer of choice.

Atrium Brewing. Before the end of the month, you could find yourself relaxing in one of the most inviting* brewery spaces in town (*disclaimer: unsubstantiated claim based on a sample size of one, but guys, this place is cool). At the corner of Logan and Oak streets in the Shelby Park neighborhood, a late 1800s building that once housed a candy shop and a dive bar (T. Eddie’s) is now home to a 10-barrel brewing system, a food truck and several indoor and outdoor spaces geared toward “hanging.” “It might sound cliché, but we really wanted to create a space where people from every walk of life could come hang out, relax, and feel welcome,” said Donald Mahoney, vice president of operations and creative director for Atrium.

While initially we will be required to adhere to COVID-19-induced table service and social distancing, eventually the place will be an ideal spot to bring your crew and grab a corner, or park yourself at a communal table and make new friends. The taproom will have a stage and occasional karaoke (a nod to T. Eddie’s). The back patio has several seating areas spanning between the taproom and the brewhouse. And the upstairs deck overlooks the patio and will be a prime viewing spot for sporting or other events once the large TV display is mounted above the brewhouse.

The hands, hearts and souls behind Atrium are known quantities to those in the Louisville beer scene. Spencer Guy, previous head brewer at Akasha Brewing Co. known for his (sometimes whimsical) sour beers, joins prior homebrewer and Atrium co-owner Mark Rubenstein, who specializes in hazy IPAs and rich stouts. As a result, you can expect the beer selection at Atrium to span from traditional and “gateway” styles to first-of-its kind experimental releases, beer series and creative style variants. Owner and president of Atrium, Princeton Hurst, previously owned Four Pegs Beer Lounge, where Mahoney also most recently hails from. The on-premises “Brick and Mortar” food truck will also be creating special food to pair with beer releases.

Atrium intends to be open 11 a.m.-11 p.m. seven days/week, and is planning to have fun brunch offerings on the weekends. Also, in case you’re worried about what will happen to Akasha, the head brewer position has been assumed by Ryan Ogan (previously of Braxton Brewing in Cincinnati).

Butchertown Brewing. In addition to a few “day jobs” Andy Cobb (aka the “Beer Mayor” on the Louisville Beers Snobs Facebook page) is taking his brewing hobby to a spot in the Mellwood Art Center. However, don’t plan on making this your new daily beer destination, as he plans to only be open one day per month to release new beers for onsite consumption or to go. Cobb loves stouts and also plans to emphasize bourbon barrel-aged beers.

“Breweries all over the country are taking Kentucky bourbon barrels, aging great beer products in them, and getting the credit for it,” said Cobb, who feels that Kentucky breweries need to be embracing this legacy more than they are. Once a few more inspections and permits take place, Cobb will begin brewing and expects to have product to release in the October/November time frame.

Ten20 Craft Brewery. After staring at the Dryden Provision Co. signage for over a year since attending Ten20’s groundbreaking ceremony in June 2019, we are excited to see that this ambitious construction project in Butchertown is moving ahead. It should be brewing any day now and are tracking for an October soft open, with to-go sales to be followed by outdoor seating.