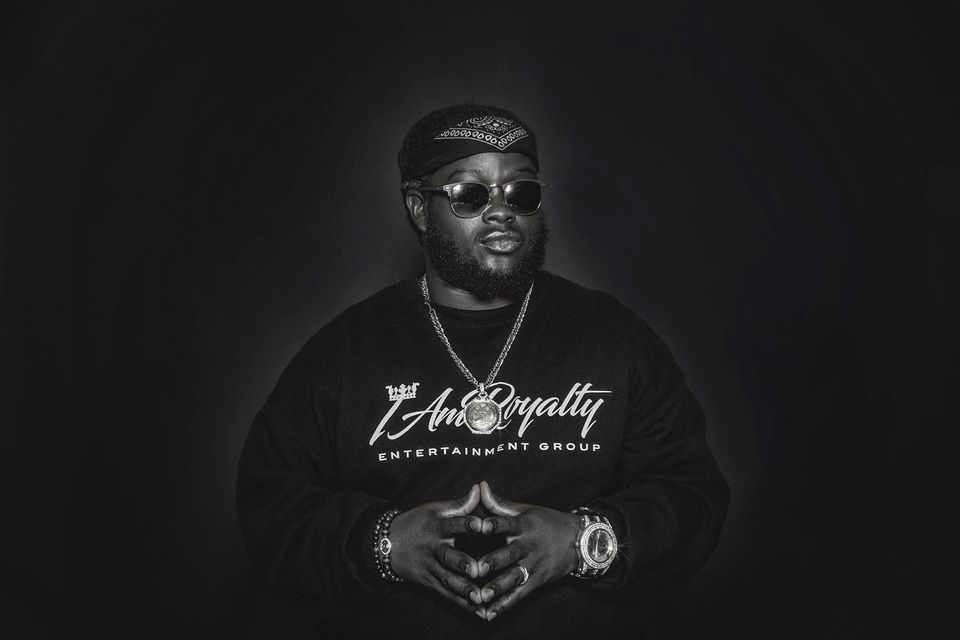 In the second verse of Tez of 2Deep’s song “BLM,” he delivers a sharp, evocative and gut-wrenching statement. He asks his listeners to imagine him as George Floyd, his wife as Breonna Taylor, his son as Tamir Rice and his daughter as Korryn Gaines. He wants you to visualize him and his family as the victims of police brutality, a reminder that they could be at any time.

A reminder that a simple traffic stop could end his life. A reminder why the Black Lives Matter movement is important.

“My biggest thing is to get out my voice and to use my talents to speak on what I feel is important,” Tez, aka Cortez Hampton, said.

Sociopolitical songs have long been intertwined with Louisville’s music scene, especially with hip-hop and punk, but since the current, expansive civil rights movement is shining a light on systemic racism and injustice, there’s been more pointed protest music coming out of the city. And what we’re seeing could only be the beginning, since the pandemic has boxed out some musicians from recording anything new.

Kali Malia, who spearheaded a recently-released compilation of protest songs called Black Quota, said that music about injustice is usually so poignant and dynamic because the artists are digging into very tough moments from their past.

“When you hear songs like that, a lot of times you can feel and hear the power and emotion behind it, that’s fueling it, that the artist felt from all of the experiences that the artist had and saw,” she said.

And Malia said that those personal stories can help inspire other people to want to influence change and equality.

“Usually, you hear some shocking or jarring information that you didn’t know before,” she said. “At first, it puts you into an uncomfortable place of, ‘Oh, the world isn’t what I thought it was.’ And then you have to face that and figure out what that means for you and what you’re going to do about it.”

For the compilation, Malia recorded the title track, which is about how, when she was 7 years old, she wasn’t accepted into a school with openings because they had “already filled the black quota.” Now, 22, Malia revisited that memory, but her song also ties in the volatile present and hope for a better future.

“This is a theme throughout all of my art specifically: I like to acknowledge the pain, or whatever the negative feeling is, but also offer a way forward,” Malia said.

In 2017, Slugga, aka Stephen Bright, released the song “Freedom,” a soulful hip-hop call for equality in the face of ever-present injustice. And, last week, he recorded “Hysteria,” a forthcoming companion song for “Freedom,” which acts as a continuation of the same conversation with the current social climate in focus.

“When you go back and read America’s history, and you understand the traumatizing things that the systemic machine America was built on, it was beneficial for the United States, but yet it was off the backs and the blood and the trauma of us,” he said. “Now, this younger generation out here, they’re different. They’re not as compliant. They’re not as forgiving. And this is what we see. On the opposite side of that, those who are not minorities, they have hysteria, they’re like, ‘Oh my god, the world’s going crazy,’ but this is what happens when nobody pays attention.”

Bright hopes his songs act as a conduit between what’s actually happening during the protests and his listeners. He said people might have a jaded view of what’s going on downtown right now, so he wants to relay the truth, and hopefully inspire people to contribute.

“It gives people a direction that might not have one,” Bright said. “They see all of this chaos going on, so they don’t know what to do or where to go, because all they see is chaos. It’s informative, it’s going to give you a side that the media’s not going to give you, the side of what’s happening in the streets.”

The spirit of Louisville

On Sept. 24, rapper Dom B, aka Dom Betts, will release the single “City On Fire,” which he describes as an uplifting track. The title is a play on words. He heard a politician say that the “city was on fire,” meant as negative hyperbole, so he repurposed the term as a positive metaphor.

The bravery and camaraderie of the downtown protests inspired Betts to write a reflective song, and he said that he hopes it will inspire people to continue to march.

“The real spirit of Louisville is coming out,” he said. “You see a lot of people from a lot of different backgrounds coming out to speak up about racial injustice, and they’re coming out to speak up for the people less heard. And now we see a lot of politicians and people in the administration aren’t on our same team and the people of Louisville want to make this known so we can make this better and equal for everyone.”

Up close and personal

The punk band The Joy Center’s two-song EP, All Cops, hones in on police brutality. Singer and songwriter Tom Dumstorf said that what’s happening in America today reminds him of a place that he lived decades ago.

“I lived in the Soviet Union as it fell apart, and I’ve seen violence and authoritarian control kind of up close and personal,” he said. “It’s not geographically exclusive, it’s like everybody can invent their own version, and it all pretty much looks the same.”

The Joy Center’s songs are straightforward and clear, with messages that don’t dance around with poetic ambiguity. Dumstorf hopes that registers with people who feel disenfranchised by the people in power.

“What is held up, the values of society, when they’re blatantly contradicted by what the fuck is going on everyday, then you have to find support somewhere,” he said.