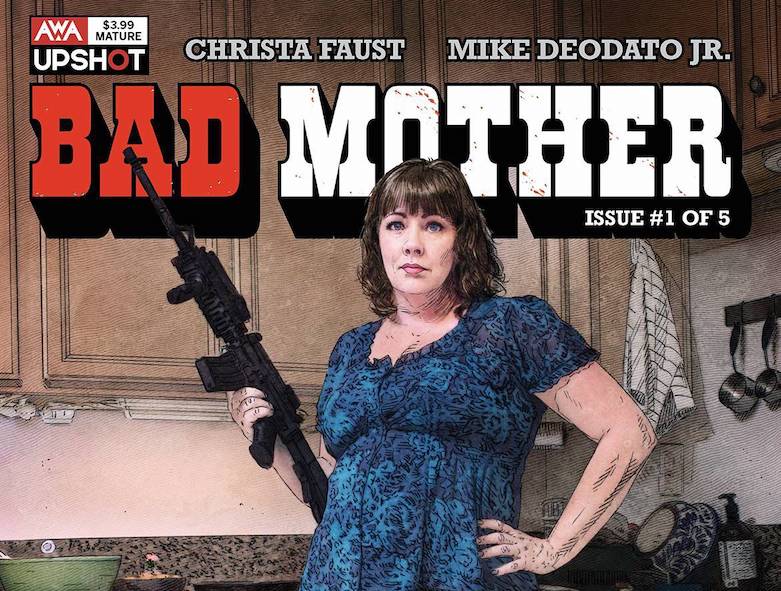 AWA (Artists Writers & Artisans) is a new comic publisher owned and operated by creators. So far, these books have offered amazing stories, perfectly drawn. It leans toward supernatural and apocalyptic stories but not always. These stories aren’t the typical superhero comic book fare. Such is the story of this “Bad Mother.”

“Bad Mother” No. 1 with art by Mike Deodato Jr. and written by Christa Faust, so far, is about a perfectly un-superhero. The book opens with April, an average looking, not quite middle-aged woman, trying on jeans and coming down with that all too familiar feeling of not being perfect enough. She leaves empty handed and goes to the grocery store to carry out another mundane chore. Her husband tells her by phone he’s leaving town on business, and she shouldn’t bother trying to reach him. Her son needs laundry done, and her daughter is out past curfew. It’s just another day in the life of an American Mom. Well, until there’s a robbery at the grocery store that ends badly and eventually pulls her family into danger.

I don’t want to spoil anything, but let’s just say I’m looking forward to issue No. 2 to see just how bad this Mom is going to have to get! 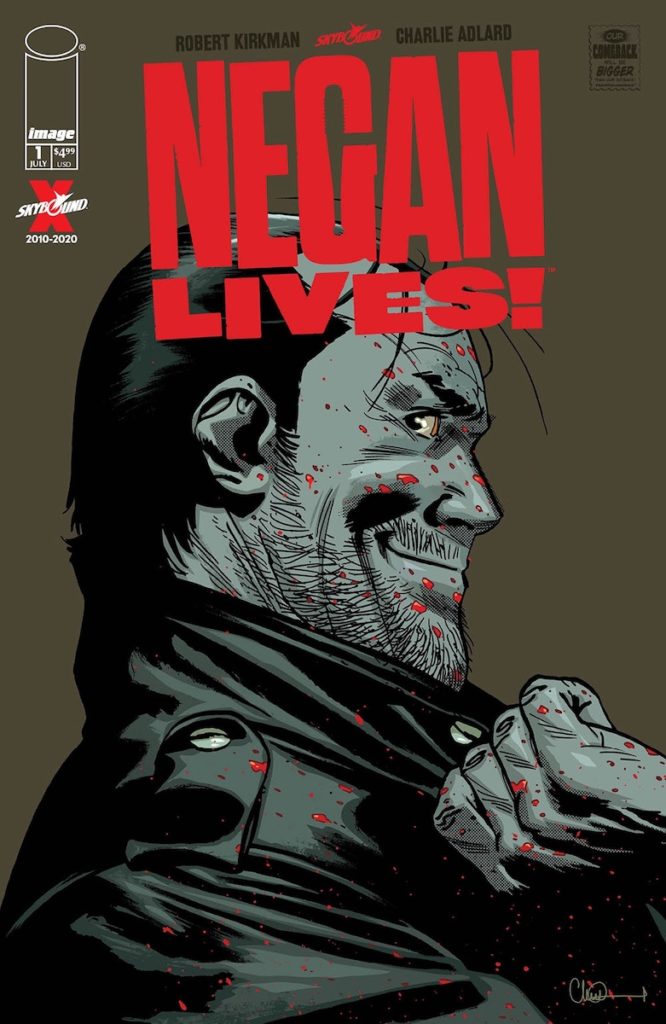 Robert Kirkman and Charlie Adlard decided to do something nice for comic shops hit hard by the pandemic by putting out a story that would get customers in the door for something they couldn’t resist. Thus, even though “Walking Dead’s” final issue No. 193 came out in July of 2019, we’ve been given another glimpse into that world. Since it’s Negan, expect some adult situations and language!

It’s hard to say where in the timeline of “Walking Dead” that this story occurs, but I had the feeling it was later in the story with fewer of the literal walking dead. Negan is at the grave of Lucille. Is it his wife or his beloved baseball bat? I won’t give away the answer, but when a girl shows up named Lucy, we begin to question if perhaps he’s dreaming? What follows is classic Negan shenanigans.

The book, nor its writer give any indication that this is an ongoing story, but it’s definitely left in a place with the possibility of more fun adventures with this character we all love to hate!