You drinkers who appreciate bourbon know that the whiskey acquires 100% of its color and about 70% of its flavor from its time spent aging in new, charred, oak barrels. While age statements have mostly vanished from labels, most of the bourbons (and ryes) from the legacy distilleries sleep in the oak between four and eight years, depending on the distillers’ desired flavor profiles. Of course, this aging time can be shorter or longer.

In the past decade, distillers have sought to draw even more and varied flavors from the wood through secondary aging, transferring the whiskey from its original barrel to another one with some special characteristics. These tend to fall into two camps – barrels with customized toasting, charring, and staves and barrels that once held other aging spirits. Here are some widely available examples. 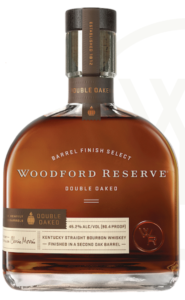 This was originally supposed to be a one-off, a limited-edition bourbon sold only at the Woodford Reserve Distillery in Versailles. But the people spoke (and bought), so parent company Brown-Forman made it a permanent member of the company’s whiskey portfolio. After initial aging, the bourbon is put into a new deeply toasted and lightly charred barrel for an additional six to 12 months. Its loyal following loves the maple syrupy note in it. Often, a Double Double Oaked (aged an extra two years in the secondary barrel) can be found in the Woodford gift shop, sold in 375 mL bottles.

One of the line-up in the Old Forester Whiskey Row Series, which features different expressions of the historic bourbon brand that launched in 1870. In 1910, a fire in the building that housed the bottling line forced the whiskey to be stored in deeply charred, secondary barrels. The result was a dark amber-colored, very flavorful bourbon. Today the second barrel for 1910 simulates that condition from the fire by being charred so deeply that it would fall apart were it not held together by its iron bands. The result is a lightly smoky, notably chocolatey sip. 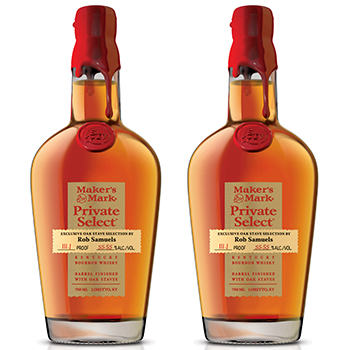 Private barrel selections are mostly made by liquor retailers who want to offer something unique to their customers and whiskey appreciation groups for their members. A single barrel will be chosen from a tasting of several selected by the distillery and bottled. The Maker’s program is decidedly different, offering the standard bourbon, at barrel proof, but finished with a combination of 10 staves selected from five differently heated and toasted styles that are lowered into a barrel strung on a steel ring like a giant set of wooden keys. The secondary aging takes place in the specially built Cellar on the Maker’s Mark Distillery grounds, which was carved into the rock of a hillside. The temperature is kept at a constant 50 degrees Fahrenheit so the extra few weeks of aging only draws flavor from the newly introduced staves, not the walls of the barrel. Flavor profiles, as you would expect, are highly varied, though the sweet caramel base for which Maker’s Mark is known, is ever-present. 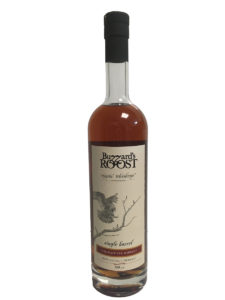 Lots of small American whiskey brands source their barrels from big distilleries and one of the ways they make the whiskey their own is through secondary finishing. That’s the case with Buzzard’s Roost, a new brand that sources its rye whiskey from MGP Distillery in Lawrenceburg, Indiana. One of the principals in the brand is Bourbons Bistro proprietor Jason Brauner who selects barrels and works with a cooperage to develop custom toasting and charring for the second barrel, some of which have staves with interior surfaces custom carved for increased surface area absorption. The results are complex, elegant ryes with lots of warm spice. Currently, both small batch and single barrel expressions are available. Later this fall, Buzzard’s Roost will release a toasted barrel expression bottled at barrel strength.

Angel’s Envy was among the first (if not the very first) to finish aging its bourbon in a secondary barrel that had once been used to age other liquor. (Jefferson’s Reserve and Bardstown Bourbon Co. are among other distillers that do some of this.) Angel’s Envy uses port wine barrels. The bourbon, which has a distinctively fruity finish has been said to be a “gateway whiskey” for wine drinkers. The distillery didn’t stop with its bourbon. The rye from Angels’ Envy is aged in ex-rum barrels which tames the rye spice and imparts a distinctly sweet nose, palate and finish. 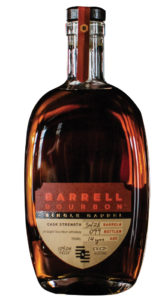 It’s hard to keep up with all the unique bottlings from Barrell Craft Spirits. They source whiskey from a variety of sources, usually in Kentucky, Indiana and Tennessee, but have also imported spirits from as far away as Poland. Sometimes releases are single barrels of bourbon deemed especially fine. Among the most intriguing releases have been those finished in a variety of secondary barrels including ones that originally held Calvados, Cognac, Tokay and other wines and spirits. Each expression is limited and will certainly appeal to adventurous whiskey lovers.