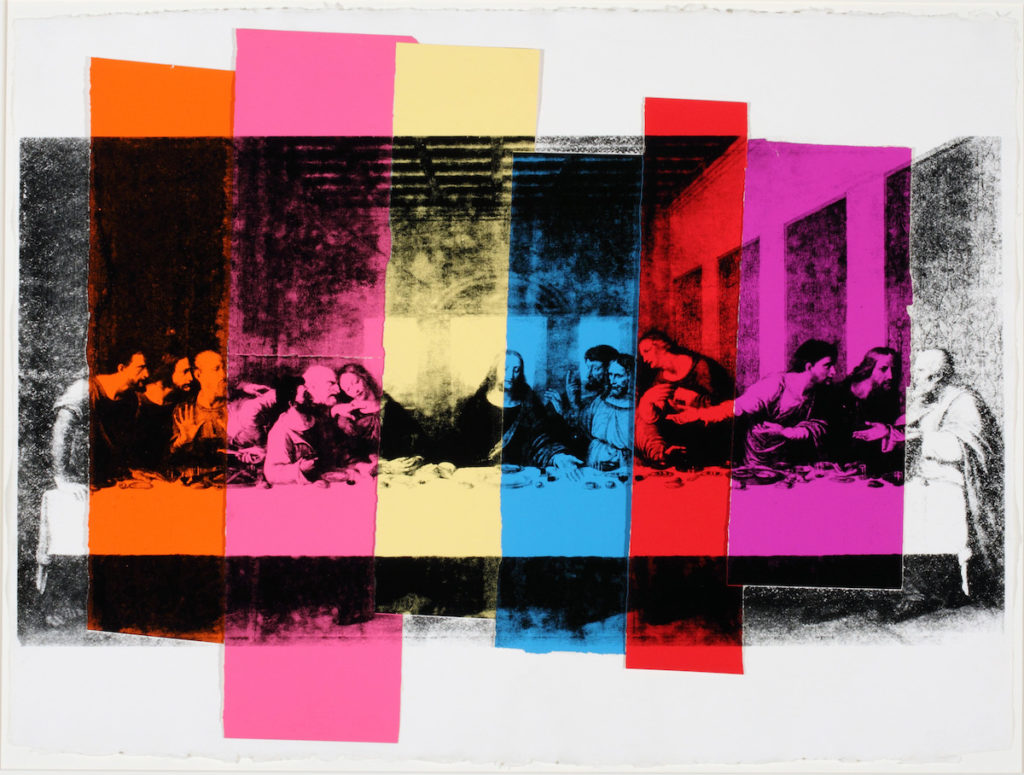 Of all the things commonly known about Andy Warhol — former commercial artist, compulsive collector, wig wearer — I have to admit I didn’t know he was deeply religious. Turns out he was a lifelong Catholic.

The Speed Art Museum is reopening after its COVID-19 shut-down with “Andy Warhol: Revelation,” a revealing exhibition that’s the first of its kind to examine Warhol’s art through his faith. The show was organized by José Carlos Diaz, chief curator at The Andy Warhol Museum in Pittsburgh and features over 150 objects from its permanent collection.

Warhol (1928-87) grew up in a devout Byzantine Catholic family. His relationship with the church turned awkward as he grew older and realized he was gay. But he never abandoned it, regularly attending Mass even as an adult.

As a founder of the pop art style in the 1960s, Warhol’s art emphasized what was already popular in culture, mass media and, yes, kitsch. His preferred media was silkscreen printing or serigraphy. Although best known for his renditions of Campbell’s soup cans and portraits of famous actresses, especially Marilyn Monroe (included in the exhibition), Warhol recreated religious iconography throughout his lifetime. He began to combine pop art with Christian imagery in the ‘60s and continued until his death. He also was a huge collector of religious artifacts (a hoarder, he also collected cookie jars, jewelry and American Indian blankets among many, many other items).

Pop art is a gateway art form that can lead non-art people into the world of high art as they become comfortable with the familiar subject matters and bright colors. This leads to the popularity of Warhol’s works.

Leonardo da Vinci’s “The Last Supper” is one of the most famous paintings in Christianity since its creation in the 15th century. It was reexamined by Warhol in the pop canon. His large, pink version of 1986 (also known as “The Last Supper”) is considered one of his late masterpieces. He doubled the table scene, color blocked it and printed it as a silkscreen. Warhol eventually revisited the subject over 100 times.

One of his most pure pop transformations is Raphael’s “Sistine Madonna” of 1512 into “Raphael Madonna – $6.99.” Created in 1985, Warhol outlines the figures, alters the coloring, then stamps it with a price tag. The show also features a smaller companion piece, “Christ, $9.98.” I can easily envision them alongside a plastic crucifix in a religious store.

The Speed is testing its reopening safety precautions to see how the public and staff fare as the pandemic continues. As of now, its days of operation are limited (only open on Fridays, Saturdays and Sundays), with plans to increase or decrease its hours when needed. The state’s Healthy at Work guidelines apply to all guests with the wearing of masks mandatory.

Tickets are timed to control how many people are in the exhibition at one time. It is best to order tickets prior to attending the show, although walk-up tickets may be available depending on capacity.

During my exhibition visit, the galleries were full but not overcrowded (as to Warhol’s popularity, I sense it would have been double the population if not due to the coronavirus regulations). All guests were properly masked and practicing social distancing, with a lot of looking over one’s shoulder to gauge distance (that should happen anyway as a basic courtesy to not block the sight of other visitors).

As a way to say thank you, the Speed is offering free admission for all frontline healthcare workers for one year.