So, Gov. Andy now says bars and restaurants can reopen at 50% capacity and must close at 11 p.m. And we are supposed to keep gatherings to 10 people or fewer. But the Kentucky Derby, Oldham County Fair and the Street Rod Nationals are or were allowed to run. Struggling restaurants and bars lose at least half their business, but the big venues can invite in thousands of people? They need tighter restrictions.

Why Kentucky is fucked | Thorn

Joe Coleman, 68, a retired government maintenance worker in Eastern Kentucky, told The Guardian newspaper that Democrats are to blame for America’s coronavirus death toll. “President Trump has tried to do right, but they won’t give him a break. I think he loves his country, not just the rich — the middle class and poor as well. He’ll get us back on our feet. Joe Biden isn’t capable of running this country. I think he’s got Alzheimer’s or something.”

A parochial view of Trump | Rose

But not all Kentuckians are nutbags. “For this president to call himself pro-life, and for anybody to back him because of claims of being pro-life, is almost willful ignorance,” said the Catholic bishop of the Diocese of Lexington, The Rev. John Stowe. “He is so much anti-life because he is only concerned about himself, and he gives us every, every, every indication of that.”

Levi’s is basing a clothing line on the ‘80s Louisville music scene. Yes, that is correct. On IG, it posted this graphic and message: “No fun. Deep with the teenage bedrooms of the early ‘80s Louisville, Kentucky, a new sound took shape as young bands with an unorthodox songwriting approach emerged from the hardcore scene. Their music became the driving influence of ‘90s post-rock and foreshadowed Seattle grunge. On several occasions, these Louisville bands threatened to break out and become the next big thing. But an unwillingness to compromise kept them just below the surface, solidifying their place in music history as true underground originals. For Fall/Winter 2020, Levi’s Vintage Clothing celebrates the ‘80s Louisville music scene — the uncompromising approach of these artists and the legacy left behind.” 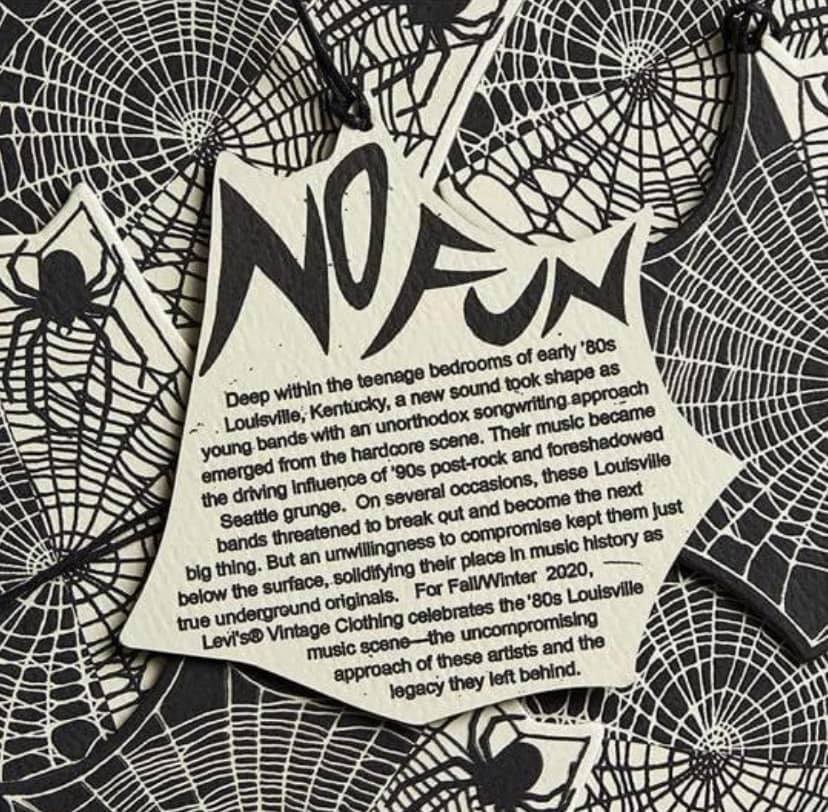