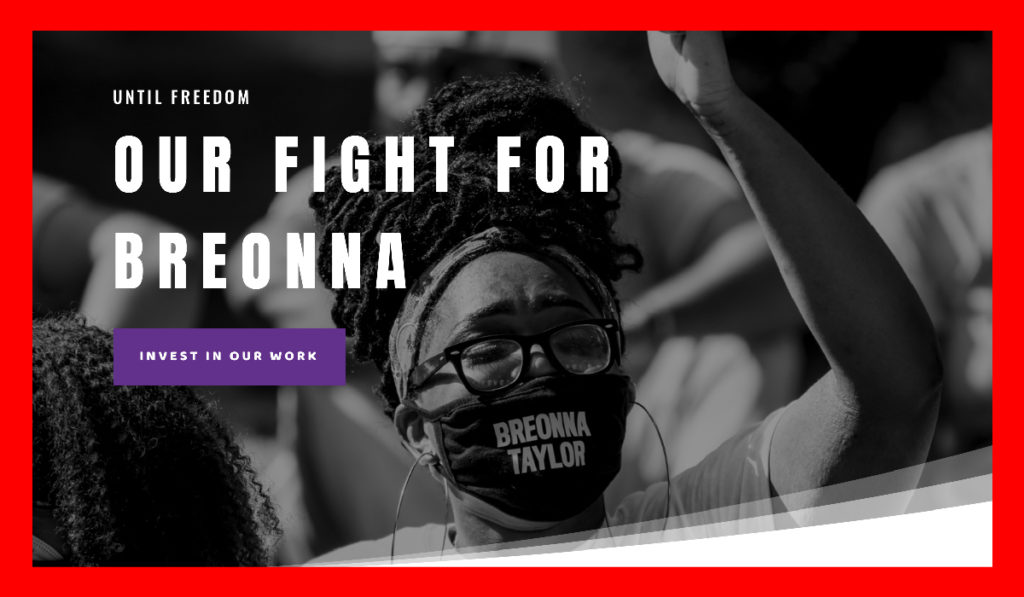 Free Pop-up Farmers Market
Louisville Urban League
Free  |  Noon-2 p.m. (or until supplies run out)
The national Until Freedom group is hosting this free pop-up farmer’s market/food giveaway, co-hosted by Next Door Market Grocery, ABN and the Louisville Urban League. Until Freedom is occupying Kentucky for the next month as its members seek justice for Breonna Taylor.

Louisville Community Bail Fund Training
Location available upon request
Free or donation-based  |  1-6 p.m.
Learn about how to get involved with Black Lives Matter Louisville’s community bail fund. The training “will cover the intro, background and details of the LCBF, the history of bails/bonds, police, and direct action training.” This event is free for “TGNCB-BIPOC folks” (trans, gender nonconforming, non-binary, Black, indigenous and people of color). For everyone else who would like to join, you can donate to the bail fund or invite a Black friend or relative. Light food and child care will be provided.

The #ResetLouisville Ecumenical Event
Metro Hall
Free  |  9 a.m.-noon
Organized by Colors Newspaper, five religious leaders from five different denominations will gather outside of Metro Hall to speak about “the state of Louisville right now and how to move forward.”

We Shall Overcome! A Peaceful March Through Germantown
Germantown (exact location TBA)
Free  |  Noon
This peaceful, solidarity march for Black lives will invoke the spirit of early civil rights marches, organizers with White Radicals Against Thoughtless Hate say. This four-mile walk, which will stay on the sidewalks in accordance with city rules, will be led by singing Black voices and the beat of drummers. Only the names of victims murdered by police will be chanted. Posters, flags, banners and signs are encouraged.

No Hate In Our Town
Clark State Forest
Free  |  4 p.m.Two men with swastika arm bands were spotted in Clark State Forest in Indiana last weekend, handing out literature and pamphlets, so the community is holding a peaceful rally “to show them that their hate doesn’t belong in our neighborhoods or parks.” A new group called Henryville Against Nazis is organizing the event. Masks are recommended.