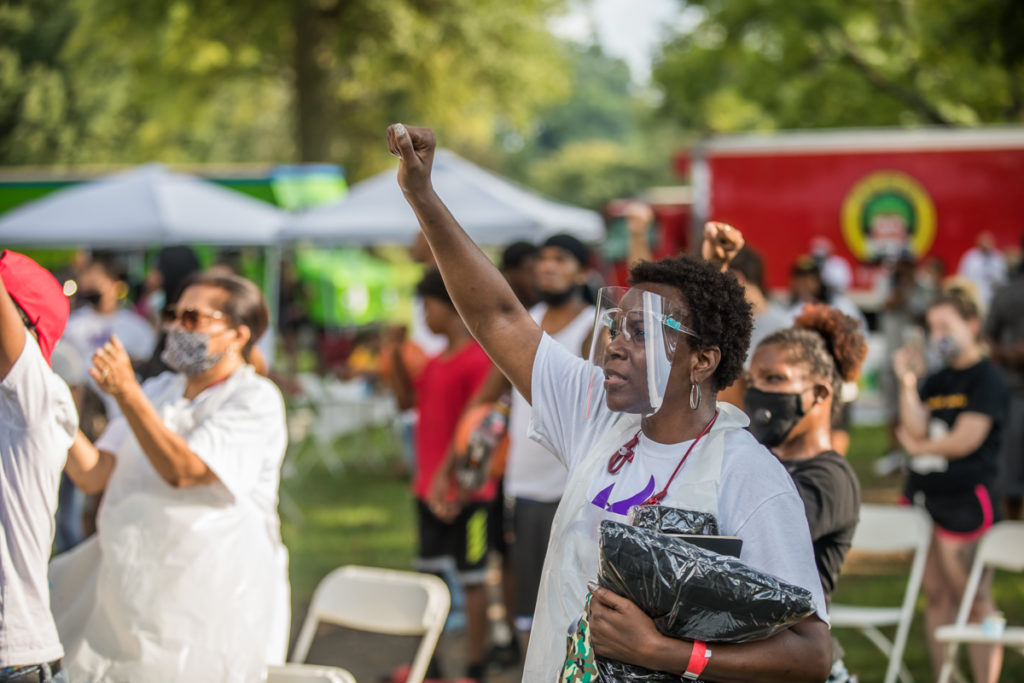 Attendees of the event raised their fists in solidarity during performances.

Ahead of a demonstration in Louisville on Tuesday, a barbecue and concert event called Bre-B-Q was held Sunday in Shawnee Park to honor Breonna Taylor and continue the battle for racial justice.

The event was held on the second day of BreonnaCon, a “community convention” organized by the New York-based social justice group Until Freedom and Taylor’s family. The four-day event included workshops, men’s and women’s empowerment programs, community service and much more in an effort to amplify the demand for justice for Breonna Taylor. Until Freedom is the same group behind the sit-in on the lawn of state Attorney General Daniel Cameron.

The Bre-B-Q was centered around Black joy, and featured local artists and musicians such as poet and activist Hannah Drake and rapper Sasha Renee as well as national musicians including Rapsody and Trae tha Truth.

Here are photographs from the day. •