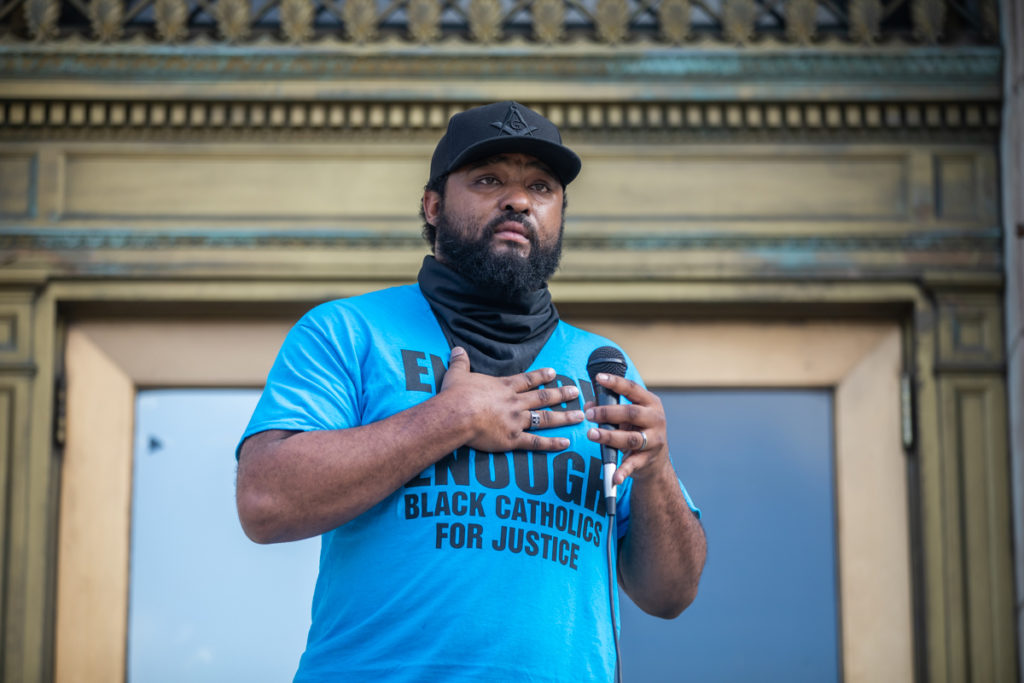 August Mapp talked about his experiences as a Black man after the walk on Saturday. Mapp encouraged others to have conversations with their friends and families about race relations and racial injustice in America.

Members of the Catholic community showed their support Saturday for the Black Lives Matter movement as protesters continue to demand justice for Breonna Taylor.

Organized by the group Black Catholics for Justice, the event had roughly 80 participants from several congregations who gathered in front of the Cathedral of the Assumption on Saturday morning.

After an opening prayer led by Archbishop Joseph E. Kurtz, the group walked to the Gene Snyder Federal Building. Chants during the march included “Breonna Taylor child of God” and “We walk in justice, we walk in peace.”

Once the group reached the federal building, several members of the Catholic community spoke on the issues of racial inequity in the American judicial system, police brutality, racial profiling and racism within the Catholic Church.

Palmer also called for the Catholic community to recognize its own issues with racism. “For years, Black Catholics have struggled with being ignored and dismissed and discriminated in our own parishes, schools, and within the arch diocese. Change the hearts, Lord, of the victimizers and reconcile their spirits for complicit silence towards injustices of Blacks in America and in the church.”