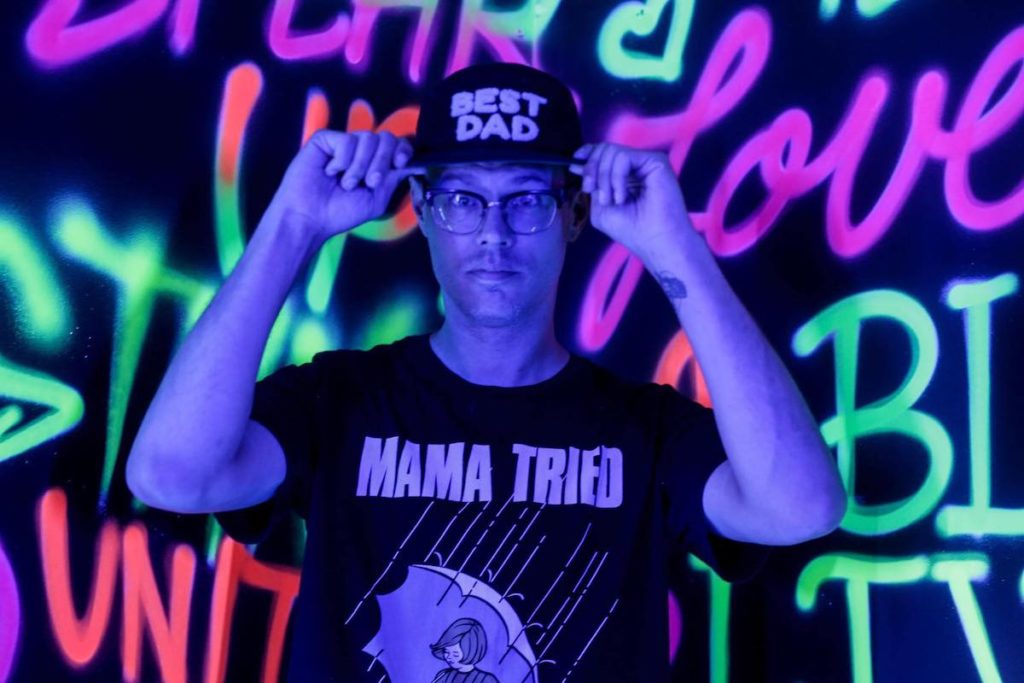 In 2016, the Louisville Metro Police Department released a promotional video called “Help Us Keep Our City Safe,” which featured scenes of training exercises, ominous music and a fictional warrant being executed, holding a similar tone as those action-oriented Marine Corps commercials. On July 21, Louisville videographer Kyle Gordon released a recut of the video, featuring spliced-in film of local police violence from the last few months. He kept the original music and voiceover, which utters phrases like “never wavering in our commitment to integrity,” but the training footage has all been replaced with shots of citizens being struck and gassed by police.

Gordon said that poet, activist and sometimes LEO contributor Hannah L Drake had the initial idea for the recut video, and the goal was to create something that’s sharp, powerful and concise. “Me and Hannah wanted to send a clear message: If LMPD wants to keep our streets safe, this has to stop,” said Gordon, who is 35, and runs the video production company KG Media. “We can’t have safe streets and have them out here doing this stuff. I went through footage and just found clear examples where you can’t contest it, you can’t argue it.”

The video has had more than 1,000 shares on Facebook and quickly spread across the internet since its release. Drake said that the police often use propaganda after incidents of brutality, and the purpose of recutting the video was for “the world to see the side that many Black people see every single day.”

“The video has been seen thousands of times and shared a lot so I believe it was effective,” Drake said. “Sometimes our job is to just hold up a mirror to the world. This video just held up a mirror to LMPD and showed them their reflection. If LMPD has an issue with the video perhaps they need to look at themselves and the police department as a whole.”

In a July 14 story in The Courier Journal, an LMPD spokesperson said that the department has removed the original promotional video from its social media accounts and that interim Chief Robert Schroeder supports transitioning from the “warrior mindset” to a “guardian mindset.” The video remains on the LMPD’s YouTube channel.

Before he made the video, Gordon was on the front lines of the downtown Louisville protests for a month, helping out any way he was needed, such as driving evacuation vehicles for people who had been tear gassed. During that time, he said, he started to see unnecessary police aggression toward protesters. It’s even been directed his way, as he said he has been shot with pepper balls on multiple occasions.

“I have witnessed firsthand almost everything that happened in that video,” Gordon said. “Either I witnessed it in person, or I saw it when it happened via live-streaming.” Gordon, who is white, said that he also doesn’t want to take any sort of credit for the impact of the movement, that he’s just contributing in ways that he’s asked to by Black leadership.

“It’s very easy for an ally to get caught up in our white savior complex, and to want to do a whole lot, and think that we’re really needed, but, for this, through everything that I do, I’m following Black leadership,” he said.

About a decade ago, Gordon used to work at a large church, and the pastor asked him to make a promotional video, which he did, even though he didn’t have any prior experience. Video work eventually became his primary focus at the church, before he branched out and made his own company, KG Media, which films weddings, music videos, commercials and documentary-leaning projects.

Besides this recut, he’s worked on a couple of activist-leaning music videos, including a song called “Justice 4 All” by The Real Young Prodigy’s, which was primarily filmed at downtown protest locations. With two other videographers, Gordon is also working on the beginning stages of a project called Voices Of The Movement, which aims to document people’s personal reasons of what brought them to the protest. When asked what his reasons are, he spoke about  injustice and inequality, but his children, who have a Black mother, are a personal inspiration for him.

“One day my son is going to be 16 and he’s going to come home from school and he’s going to be like, ‘I learned about this civil rights movement that took place in Louisville, Kentucky in 2020. Where were you?’” Gordon said. “And I can show him a picture and say, ‘Your dad was fighting for you on the front lines every day.’ And that’s my ultimate why.”

And moving forward, Gordon said that he wants to really hone in on creative projects that are socially focused. “I want to do videos that make an impact, that have a purpose, that have a reason for being out there,” he said.