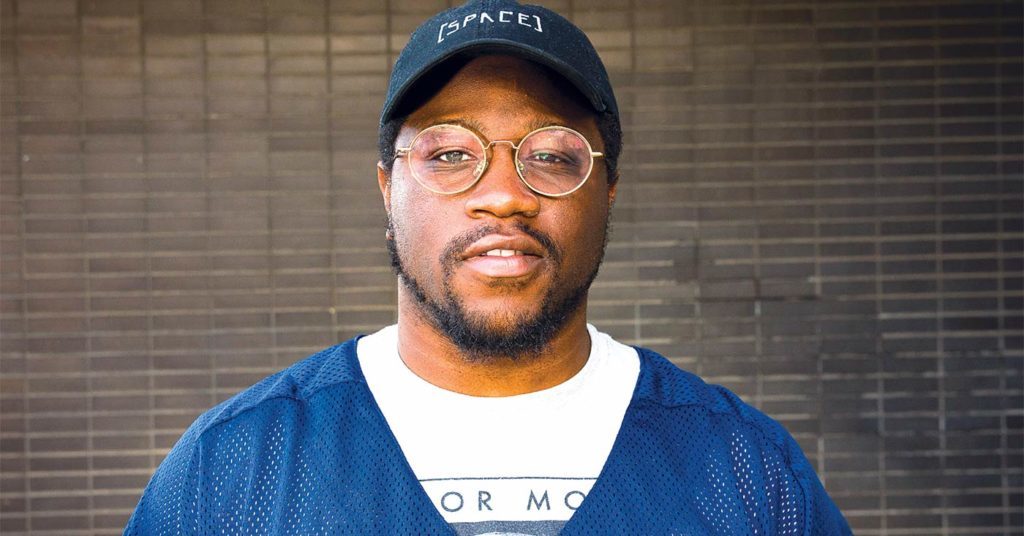 I still believe in the power of playlists. Maybe it’s because streaming algorithms are trash. Maybe it’s because it’s an easy and effective way of sharing new and important music. Maybe it’s because I love pop culture discussions. But, whatever it is, it’s definitely a time to seek out new local music and buy it. When Congress adjourned without a second stimulus package, instead of moving forward with bills such as the Save Our Stages Act, it put our, and every other, small music scene in jeopardy. The $10 billion bill could send relief to independent venues to help music clubs across the nation stay alive. Without it, the future is uncertain. So, consider buying one or more of these songs, past records or merch from these local artists.

The multi-skilled hip-hop savant Yons is back with a quick, 1:13-minute track that holds up a mirror to 2020, the year that America’s bandages were ripped off of multiple, old wounds. On “Rolio,” the local rapper, producer, engineer builds poetic and timely riddles around sharp drums, soulful keys and atmospheric background vocals. Like Common or Bob Dylan before him, Yons will send you back through several lines, searching for the meaning to his puzzles. Every line is open-ended, nuanced and complex, but it’s obvious he’s frustrated and worried, which makes it so relevant and relatable.

Jaye Jayle can create tension like few other bands can, and the dark post-punk song “Don’t Blame The Rain” is a shining example of that. It contains an impressive mixture of upbeat energy and ominous presence, resulting in something dynamic and powerful. It replicates the brain reactions to the strangest moments of “Twin Peaks,” but it’s also something you could dance to. Whenever they open the vampire nightclubs back up, I’m sure this will be on rotation.

The best, new punk borrows and splices the best elements of the genre’s past and updates and tweaks it for a new generation. Like a band such as White Reaper, The Archaeas excel at that, taking the groundwork laid by bands including the Dead Boys and turning out burning, snarling songs that have their own personality. “Reality Commander” is the lead single from The Archaeas’ forthcoming self-titled debut album, which will be released on Sept. 18. This is a band to watch.

A soulful hip-hop track about personal accountability, “A Better Man” is a love letter and a promise. It’s simple and clear in its message: be better in the future than you were in the past, and maintain the relationships that matter to you. “A Better Man” is a smooth, radio-style easy listener of a track that has a pop prowess. Even though it’s catchy, it’s also contemplative and layered — it has heart, but it’s also smart and honest.

Howell Dawdy bounces from sharp social satire to goofy absurdity with ease, and while we’re getting mostly the latter on “Sunset Zorb” there always seems to be a point — or a victim of his humor — with his music. The theme to his latest album, Looking Stupid Is Good, seems to be mimicking sappy love songs by cranking up the volume on the weird dial. “Sunset Zorb” is about just what it sounds like: going on a romantic zorb bubble ride during sunset — in the style of a folk-pop song. And it’s what Howell does best: a catchy pop song that’s funny and strange on the surface and also probably a bit deeper than it seems at first.

Through dream pop that values giant, emotional soundscapes, Air Chrysalis’ “Stay” is a melancholy plea that deals in tones and inflections that ramps up the gut-wrenching nature of the song. At heart, “Stay” is a sad pop song but around that solid and simple core, Air Chrysalis builds an expansive shoegaze-leaning universe. On “Stay,” they manage to translate the numbness of someone leaving, and that sort of hits on what the bands they’re indebted to such as Beach House and Slowdive were good at: the ability to use instruments as a way of creating waves of feelings.

We’ve recently seen a staggering and alarming lack of footage from police body cameras that were supposed to be in use. On March 13, when Breonna Taylor was killed by police executing a no-knock warrant, none of those officers had a body cam recording. That’s the subject of this punk protest anthem by The Joy Center. With Tom Dumstorf and Mary Brown Feiock on vocals, LEO contributor Syd Bishop on guitar, Jake Miller on bass and Greg Morris on drums, there are many familiar faces from the local indie scene here, angry about what’s happening in our city. “Body Cam” isn’t shy: It’s a direct confrontation that seeks truth and justice.