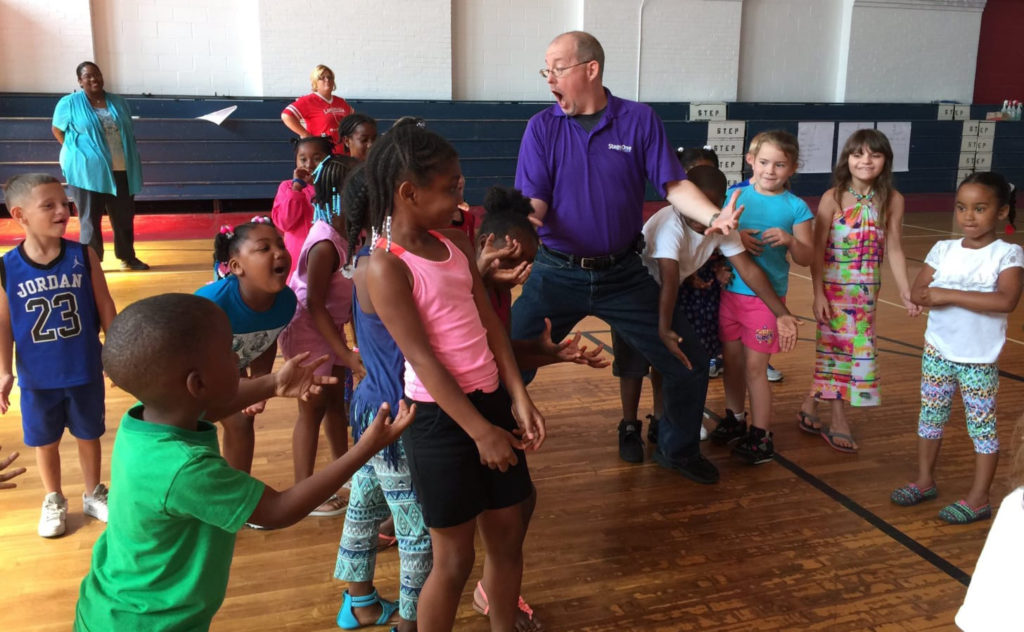 At the end of January, Andrew D. Harris was named interim producing artistic director of StageOne Family Theatre after Idris Goodwin left the position to take up another job in Colorado.

Six weeks later, it was clear to Harris — who had been part of StageOne’s artistic leadership for nearly two decades — that the novel coronavirus posed a multifaceted threat to the performing arts unlike any other in modern times.

“The world was different,” said Harris in a phone interview. “One of the things about StageOne is that the bulk of our main stage work at the Bomhard Theater is specifically for schools and field trips. Even with all the uncertainty, we knew that in the fall we would not be able to have a traditional season, at least not initially. And when you’re in that kind of situation you have two paths. You can wring your hands and think, ‘Oh, no, how are we going to survive this?’ Or you can innovate.”

The crisis, said Harris, inspired him and his colleagues to focus on StageOne’s mission. “For us,” he said, “the guiding principle for everything we do is that we have a responsibility to serve the kids, the teachers, the schools and the families that make up our audience. And we decided pretty quickly that if we couldn’t do that through our traditional format, we needed to find another way. Not just to keep our organization viable, but to serve our community.”

And, said Harris, the intrinsic nature of the crisis itself cried out for theater. It was, he said, a crisis of isolation, a world where students, especially young students find themselves isolated, unable to interact and socialize.

“I actually secretly hate the phrase social distancing,” said Harris. “What we’re really doing is physical distancing. We don’t need to ‘social distance.’ That’s the last thing we need to do. These kids are being pulled apart and we needed to bring them together somehow.”

Thus came about the idea of a series of plays — three in all — that would be flexible, adaptable to any environment and deliverable on multiple platforms — live on stage, livestreaming or video recording.

The resulting project — which has taken shape with extraordinary speed under Harris’ stewardship (the “interim” was removed from his title in May, when the StageOne board appointed him to the permanent position of producing artistic director) — is a series of three new plays created by a team of theater professionals and educators. Each play has been developed with a particular audience in mind (e.g., students in grades K-1; 2-3; and 4-5). And all the plays were inspired by the concepts outlined in Jefferson County Public Schools’ “Three Pillars”: Backpack of Success Skills; Racial Equity; Culture & Climate (jefferson.kyschools.us/pillars-jcps).

For Segal, whose work as a dramaturg has included a rich mix of both new works and revivals, the prospect of working on multi-platform works was, as she put it, “a fun challenge.” In new play dramaturgy, she noted, It’s typically not known where a play will eventually be staged.

Ordinarily, said Segal, she is “working with playwrights who are workshopping their scripts to different theaters. So you don’t know the physical dimensions of the space, you don’t know who the director is going to be. All of those factors are still wide open. You can ask of the place-world anything — because there are no limitations.”

Echoing Harris, Segal noted that the project is rooted in viewing the pandemic not as a constraint but as a spur to innovation. She described the strategy as, “putting in place lots of ‘ors’,’’ places where directors and performers have multiple options based on the performance platform.

Although the plays serve an educational mission, said Segal, they are, at heart, examples of theatrical storytelling in a time of urgent need.

“One of the many things that’s exciting about theater for young audiences, is that the audience that we’re trying to speak to is so focused. In American regional theater when you ask a playwright who the target audience is, the answer is ‘everybody.’ But here are plays really trying to reach a very focused age group. The characters are really avatars for the audience, which to me is the exciting part of theater for young audiences. It spotlights the children. It gives them the reins of their stories. Rather than telling them what they need to know, it leads them to make discoveries on their own terms through these characters, and I find that very joyful.”

For playwright Keith McGill, authoring one of these plays has also been a voyage of discovery. In his play (working title “The Right Shoes”), two youngsters are besties — until another child enters the scene, leading to a disruption in the existing relationship.

As he started writing, said McGill, he recalled lessons learned (from Harris) when he appeared as an actor in StageOne’s production of “The Best Christmas Pageant Ever.” “What Andrew said to me as a director was, ‘Don’t talk down. Don’t assume that kids don’t know what you’re talking about. Be real.’” McGill continued, “You don’t have to use 10-syllable words — it’s not ‘Jeopardy.’ But you want to use real language.”

Suddenly, said McGill, he realized that he was putting on paper untold stories. “It was all these things I’d been carrying around in my head my whole life that I never got to tell anybody. And then you find yourself saying, ‘Okay, I’m gonna have to stop writing today because I’m suddenly seven, you know and I’m not playing kickball with the other kids or I’m suddenly feeling really weird that I broke this thing or whatever.”

The writing was cathartic, said McGill. “I was really glad to put that down on paper. So I went through that. And maybe this will help the kids who are going through that in the same way.” StageOne says development for the shows is currently being completed and more information about the productions and bookings will be available in August 2020.