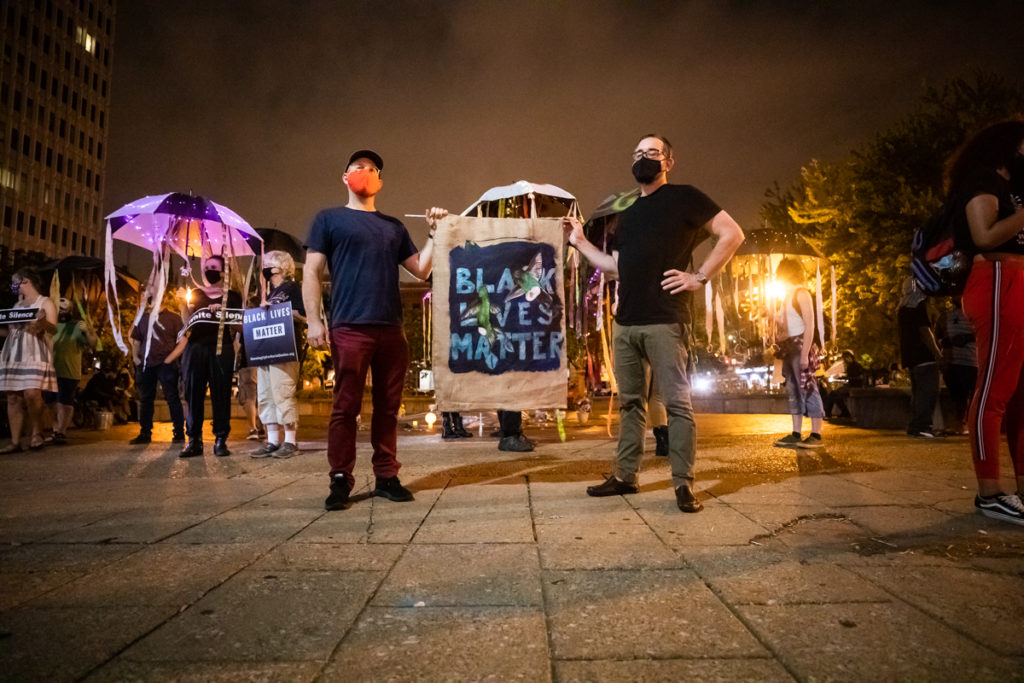 “Bluntly put, some neighborhoods are likely to kill you,” observed Brown University sociologist John Logan in 2003.

In 2020, we can confirm that some neighborhoods have killed people. Far too many communities are facing environmental degradation today. Low-income men in the United States live five fewer years in the five dirtiest mid-size cities (as measured by the U.S. Environmental Protection Agency) than in the five cleanest, while low-income women live almost four fewer years. Recent evidence also indicates that COVID-19 is striking particularly hard in the same polluted neighborhoods.

The tragedy is that these public health disparities do not have to be allowed to persist. But until our nation’s leadership acknowledges and faces up to this reality, or bottom-up community organizing forces the issue, this tragedy will continue.

Environmental racism has long been evident in cities throughout the nation, even before the 1999 publication of Robert Bullard’s seminal book “Dumping in Dixie.” Louisville is a typical mid-size city that provides a case study of what is going on around the nation. Two recent studies of the social determinants of health in Louisville found that life expectancy varies by 10 years between residents in the poorest and blackest neighborhoods adjacent to a chemical industry park (known as Rubbertown) and the rest of the city.

These studies, endorsed by the mayor of Louisville, Greg Fischer (who is now president of the U.S. Conference of Mayors) and local corporate leaders, blamed the disparities on lifestyles of the poor with the usual suspects: guns, smoking, liquor, diet and obesity, with a particular emphasis on education. Sociologists call this “blaming the victim.” Missing from this explanation is the plain reality of the direct effects of environmental degradation.

There are parallels with COVID-19 spreading across the United States and the world. The Trump administration’s initial response was to call the novel coronavirus the “Chinese virus,” minimizing the risks and assuming it would fade away with the spring weather. If instead we had aggressively stepped up the production and distribution of tests, the fears and realities would be quite different. Naming a problem is the first step in solving it, be it the current national pandemic or environmental hazards in Louisville and so many other cities.

In our case study of Louisville, where Breonna Taylor was killed in March by police, (one of several African Americans killed by law enforcement in recent weeks in Louisville and around the country) followed by protests and violence, we found that those living near environmental hazards have fewer years of healthy life than do other residents of the community, even after accounting for several socio-economic factors. In our forthcoming research, to be published in the scholarly urban affairs journal Local Environment, we found that residents who live within 1.5 miles of EPA designated brownfield sites or within 10,000 feet of Rubbertown have their lives cut short by their exposure to environmental hazards. Even after taking into consideration the effects of neighborhood racial composition, crime rate, income, and age of housing, such proximity remained a statistically significant contributor to the loss of life.

While education is statistically associated with the years of lost life, it clearly is not a causal factor. People with a doctorate who contract lung cancer are not less affected than a high school dropout who also has the disease.

This new article also addresses the claims made by corporate funded groups like the chamber of commerce and Mayor’s office that the real menace is a lack of trees, not pollution in the West side.  Our research finds that tree density is not correlated with reducing health disparities between West side and East side neighborhoods.  The strongest possible predictor using peer reviewed scientific methods  is that pollution explains 75% of the reduced life expectancy in West Louisville. It is not caused by the science fiction that the corporate community peddles, which want it to be the lack of trees or which push racist, “blame the victim” narratives by claiming that West Side residents are poorly educated and make dumb choices of where to live. But the poor can’t escape West Side pollution because affordable housing choices are blocked by zoning laws that exclude the poor, renters, and even middle income residents. It is the case, of course, that better-educated people have more resources and can exercise more housing choices, including the means to live far away from environmental hazards. As a practical matter, the solution to environmental justice won’t come from educating hundreds of thousands of people and moving them out of their neighborhoods. Education is part of a long-term strategy, but an immediate question is what to do with current residents.

The failure of Louisville’s leadership might also help explain why the city generally ranks at the bottom on poor air quality by EPA estimates of air quality among U.S. cities, as reported in a pre-publication in the medical journal The Lancet. This failure is an even more urgent concern today given preliminary evidence that COVID-19, a respiratory disease, has greater adverse effects on people who live near toxic sites and particularly on African Americans, who are more likely to reside in such communities in cities around the country. The link between air pollution and COVID-19 has been reported by the Harvard T.H. Chan School of Public Health, while the connections with race have been documented by many scholars and widely reported in the media in recent weeks.

Proximity to environmental hazards and toxic air has not received the proper consideration from political leaders, who must come to terms with the immediate causes of premature death in their community. As the Physicians for Social Responsibility asserted, “We must prevent what we cannot cure.”

Remediating older or abandoned industrial sites and reducing emissions from existing sites can create a cleaner, healthier environment. Environmental remediation is not just a local responsibility.  Particularly in light of the current national emergency presented by COVID-19, President Trump should immediately re-enact more than 95 Obama-era environmental regulations designed to protect U.S. air, water, and soil rescinded by his administration since 2017. As noted by Nobel Prize winner Al Gore on HBO’s “Real Time with Bill Maher,” the irony is that gutting environmental protections will only increase the number of deaths related to COVID-19.

It does appear, however, that our leadership is coming to terms with COVID-19 with Donald Trump calling himself a wartime president, at least for a few weeks, in this battle with the virus. We should do the same with other longstanding environmental hazards. Some places do kill, unnecessarily.  The first step is to recognize the killer. Then appropriate action can be taken.

This piece was published first on planetizen.com