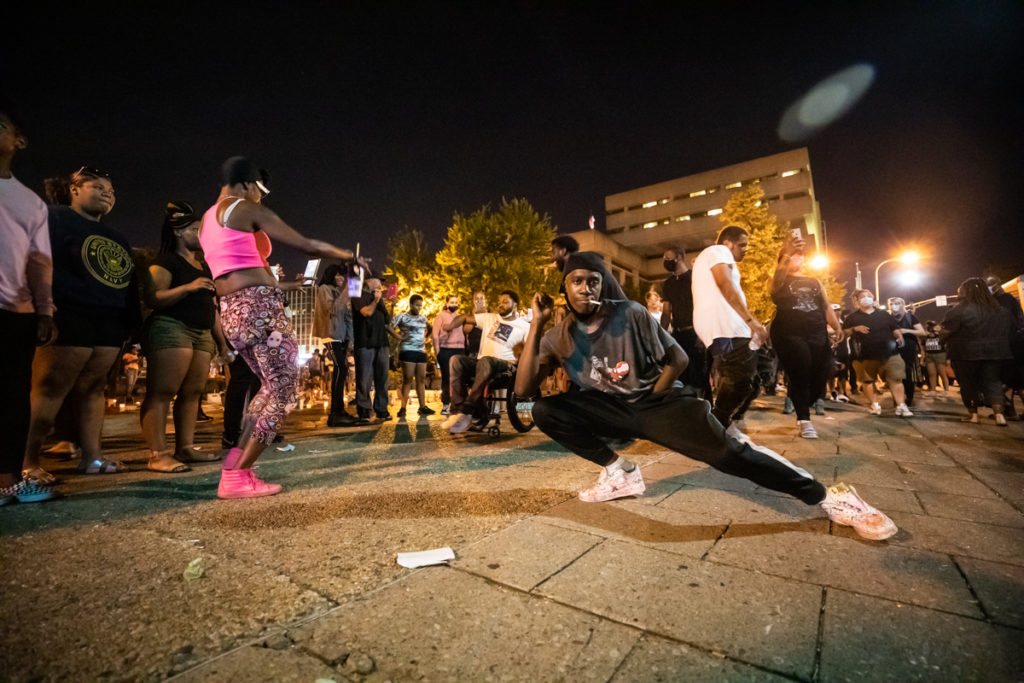 Protesters danced to music around the GOODProjects tour bus that came to Louisville on Wednesday night.

Jefferson Square park protesters got a visit Wednesday night from the GOODProjects tour bus. GOODProjects is a nonprofit organization in Washington, D.C., that has been traveling the country to promote racial justice. GOODProjects members arrived in a purple and black bus emblazoned with images of victims of police brutality.

A statement on the side of the bus reads: “The Mission is the Purpose Party Tour is to bring light to stories of Americans who are demanding justice, and are fighting to end violence against Black communities by the police — starting with a national listening tour to honor the thousands of victims of police brutality across the country.”

A DJ and other members of the GOODProjects team spoke to the demonstrators about Breonna Taylor who was killed by LMPD in March as well as about Tyler Gerth, a fellow protester and photographer who was killed in Jefferson Square Park on Saturday.

They joined the protesters in a moment of silence to honor their memory, and Gerth and Taylor’s names were chanted throughout the night.

The camaraderie ended, however, as 11 p.m. approached. The city has said no one can be in the park after that time. Police moved in on the area and made 14 arrests in and around the park.