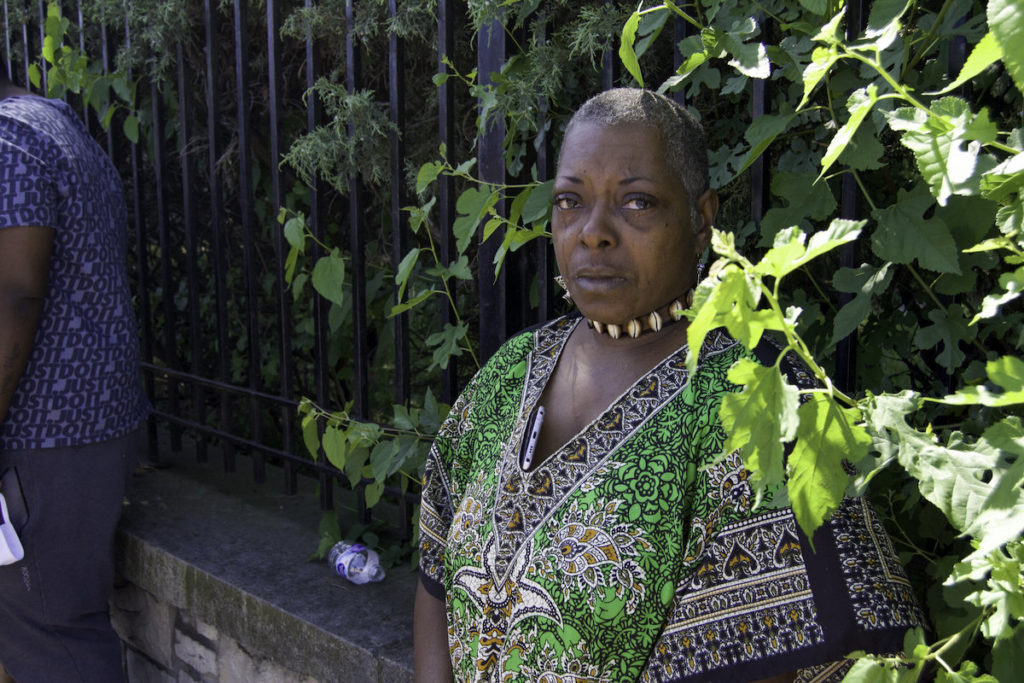 “Right now, I’m overwhelmed with emotions. I know right from wrong. I know how important human life is, but I’m hurt because it’s our lives that are undervalued. Our neighborhoods are disrespected. It’s my brothers, my nephews, my cousins and my friends that are being killed and lied on. I’m angry, and I’m hurt.

We need better leadership and better government officials. Maybe we need government officials that look like us and understand our struggle and our story. We need something different because the people that have been in office, and the people that are running it, are running it into the ground, starting with us first. I don’t believe in the violence, but I understand it. I’m not going to participate in it. I’m gonna let each man handle their own consciousness. I’m gonna encourage each man to handle their own consciousness and their own safety.

My message to my community is to be vigilant, to pay attention to what’s going on around you on a deeper level and don’t get tricked by the superficiality of it all. Understand that there’s an agenda. I would like the public to pay attention to House Bill 6666 [for COVID-19 testing] and what other House bills, because this is setup. There were no COVID cases in The West End for a month and a half before they opened the testing site in Shawnee Park. COVID didn’t get us, so they sent the National Guard to finish the job that the virus couldn’t start or finish. That’s my message to the public.” •