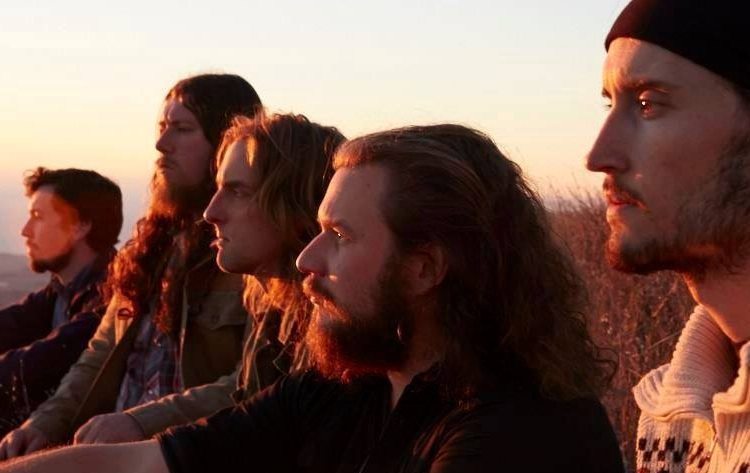 We could soon be in a television and film drought, since the pandemic has forced those creative industries out of their studios, but, in terms of music, we’ve been getting a steady stream of new songs, which seems likely to continue, since technology has made making music easier. This is the third playlist of new music to come out of Louisville we have published since the pandemic started, covering mostly June and July. It’s not comprehensive, just a few songs that we’ve enjoyed over the last two months.

Ouzelum — ‘Long Face’
This very long, very weird summer sees the long-anticipated debut release from indie power trio Ouzelum. “Long Face” shows the band at their most morose, a melancholic dirge that erupts into pure ecstasy at the chorus. That dynamic between the quiet passages and the exultant breaks represent the push-pull that so many of us are feeling this year, a sonic representation of the unbreakable spirit that has driven social justice and community through the pandemic and beyond. The guitar and key work leave a lot of room for the other to maneuver — although this is a busy song with a lot of moving pieces, everything feels open and more interested in fostering atmosphere than theatrics. Topped off with the exceptional drumming of JC Denison, this is a wonderful example of a project firing on all cylinders. —Syd Bishop

My Morning Jacket — ‘Climbing The Ladder’
The members of My Morning Jacket are some of our greatest musical collage artists, as they pull, splice and assemble a variety of styles into their trademark neo-psychedelic rock and roll. “Climbing The Ladder” — from their brand new record The Waterfall II — dives into vintage country, soul and pop, while also playing with experimental, atmospheric textures. My Morning Jacket continues to be remarkably versatile, with a weaving creative thought pattern that abstains from being predictable, yet always sounds distinct — you never know what they’re going to do next, but you always know a My Morning Jacket song when you hear one. “Climbing The Ladder” is sunny and catchy, although filled with heartache, and it feels like it’s an update on something from a bygone era. —Scott Recker

J Da Unknown — ‘Summa Time Playa’
Louisville has no shortage of talented hip-hop artists, from emcees spitting fire to the producers crafting beats that command your attention. With “Summa Time Playa,” J Da Unknown takes a vaporwave approach to his craft with some chilled-out summertime meanderings. The trap work gives the track some much needed movement and direction, which cuts out to a half-speed measure to give depth to the dynamic. An instrumental track, J does great work on a beat that has a lot to offer for prospective emcees. As a stand-alone take though, it’s a free spirited and velvety smooth song that makes you feel cold as ice, the coolest motherfucker in the room.—Syd Bishop

Tez of2Deep — ‘BLM’
“BLM” by Tez of2Deep is a heavyweight brawl of a protest song, slugging and weaving with the sort of power and precision that cuts right to the point. It’s something you’ll listen to over and over, revisiting his words that reinforce that we all must fight against injustice, that we all must stand with the civil right movement, that we all must support Black Lives Matter. The chorus is a powerful rally cry and call to action, while the verses shine with lines that will burn into your brain. The song seeks to dismantle police violence and racism, but it also challenges the inactive to stand up, to help the change that’s desperately needed.
—Scott Recker

Sleep Kick — ‘Snow Mountain (ruined city)’
There’s a trend in indie video games right now that embraces nostalgia, as developers are putting fresh spins on old-school models such as two-dimensional platformers and pixelated RPGs. These games are also gaining a reputation for their serene, thoughtful soundtracks, which has sparked the concept behind the local band Sleep Kick’s new demo, Game Inspiration. The album draws influence from the music of games like “Hollow Knight” and “Hyper Light Drifter,” and one of its best songs, “Snow Mountain (Ruined City)” seems to have a specific tilt toward the always-frustrating, yet super-rewarding acrobatic side-scroller “Celeste,” which is known for its calming score. “Snow Mountain (Ruined City)” is a hat tip, but it’s also a wonderful piece of stand-alone music — a hazy, ambient daydream of a track that somehow feels both uplifting and ominous. —Scott Recker

Atomo — ‘Glass’
For the last several years, ATOMO has delivered on the promise of thoughtful and willfully quirky electro-pop. “Glass” sees ATOMO exploring pop songwriting, with catchy vocals and chirping synths. The drum bed is a low-key bass drum and clap that animates the song without driving it. The soft, flute-like synth lead work performed here adds an air of poignancy that perfectly matches the forlorn longing in the vocal melody. Lyrically, Atomo pits religious iconography and a sampled clip about capitalism, examining the minutiae of what seems like an intimate relationship between economic and cultural trappings. There is something dreamy about this song that makes you yearn for a light breeze on a cool summer night, the windows down, your mind anywhere but here. —Syd Bishop

WiiRMZ — ‘Dead Awake’
With their punk-soaked rock, WiiRMZ’s album Faster Cheaper mirrors the anger that’s currently floating around society — a frustration sparked by longterm injustice and bad leadership. Songs from the album like “Rat Fuck” (a middle finger to the Trump administration) and “Warning Sign” (a reflection on the times) are a bit more straightforward than “Dead Awake” but the latter has a raw power and metamorphic prowess that makes it hard-hitting and addicting. WiiRMZ is made up of former members of storied bands such as Endpoint, Metroschifter and Hot Wires, and the skill and drive is on full display. —Scott Recker

Cereal Glyphs — ‘Housing Arrangement’
With “Housing Arrangement,” Cereal Glyphs kicks their slacker rock up a gear, creating an alt-rock barn burner. This song lives and breathes on the strength of its riffs, and the crew in Cereal Glyphs kick out the motherfucking jams. The guitars blaze and the bass plods in melodic time to the beat of the bass drum. The lyrics are affected and harmonious, hook heavy and designed for you to sing along. Singer Andy Myers waxes poetic to the working folks blues, that daily slog that keeps us all ground down to a nub. Still, the energy and vivacity that “Housing Arrangement” exudes more than makes up for that drudgery. In spite of the grind, this is a celebration of keeping the lights on and finding the time for art in the margins. —Syd Bishop