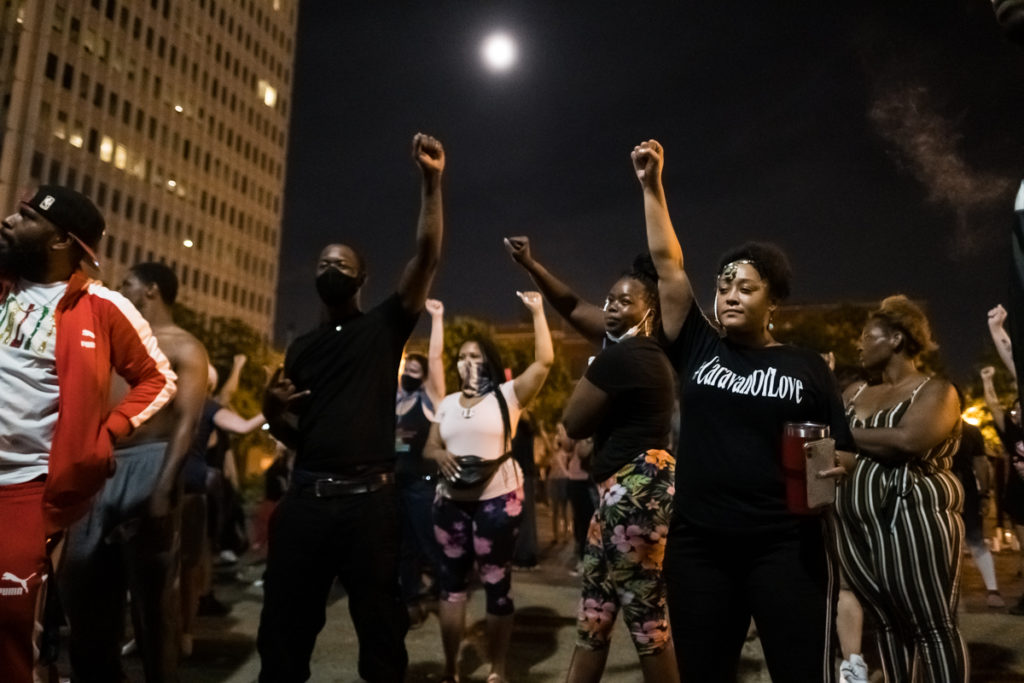 THURSDAY, July 2
Smart Justice Advocates July Meeting
Online
Free  |  6-7:30 p.m.
Interested in becoming a smart justice advocate for the ACLU of Kentucky? Advocates “work on policy solutions to reform Kentucky’s unjust criminal legal system.” They interact with state legislators and present at events. You can easily get started by attending this virtual meeting, which will cover strategies for getting IDs for people leaving incarceration, restoring voting rights and implementing Breonna’s Law at the state and local levels.

Poppa Stampley’s Pre-Independence Day Blues
Facebook Live
Tips accepted  |  6-9 p.m.
Big Poppa Stampley, Louisville’s world-traveling “Cariblujazz” musician with a personality of gold, has been live-streaming performances and chats throughout quarantine. If you haven’t been watching — well, you should have been — and here’s your chance to tune in.

KPA at Home: Harry Pickens
Facebook Live
Free  |  8-8:30 p.m.
Kentucky Performing Arts’ latest virtual performance features the unshakeable Harry Pickens. Pickens is a jazz pianist with a storied career, which most recently included a performance for the Dalai Lama. He started out playing for the Blue Note Records group Out of the Blue, and has since become an inimitable solo artist.

ALL WEEKEND
Protests
Jefferson Square Park
Free  |  All day (11 p.m. curfew)
Our hearts aren’t really in it to celebrate the 4th of July this year, because, well, not everyone is treated equally as they should be in America. Black people continue to be incarcerated at higher rates than do white people, get killed by police more often and have lower life expectancies due to healthcare disparities. So, instead of barbecuing this weekend, consider going to Jefferson Square Park to participate in the protests that have been occurring there since May 28. Demonstrators are still trying to gain justice for Breonna Taylor, a Louisville ER tech who was shot and killed by LMPD. The three officers involved in her death have not been charged and only one has been fired. Note that the city is no longer allowing protesters to stay in the park after 11 p.m. after the shooting of Louisville photographer Tyler Gerth. For the youth, a March for Freedom will be held on July 4 at 2:30 p.m. The event starts at the Belvedere and will include several stops at sites that are significant to Louisville’s civil rights history.