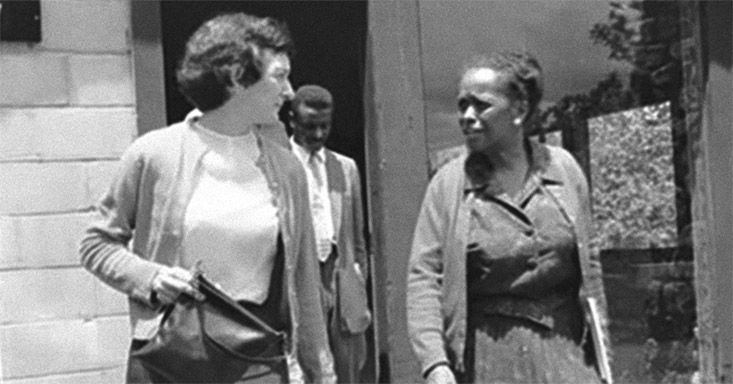 What are we white people to do in the wake of the latest, highly publicized string of brutal wrongs people who look like us continue to do to innocent Black people?

Recent tragic episodes range from a white woman calling police with the lie that an innocent Black birdwatcher is assaulting her in New York’s Central Park, to a vigilante neighborhood “patrol” who guns down a Black jogger in the street in Brunswick, Georgia, to a Minneapolis cop depriving George Floyd of breath and killing him, to police violence right here in Louisville that leaves Breonna Taylor, a young Black ER tech not accused of any crime shot dead in her own apartment in the middle of the night by at least eight police bullets.

Now, protests of rage and grief fill the streets of cities across the nation, ours included. Tragically, as I wrote this column, another person died from police bullets Sunday night in West Louisville after police had tear gassed the crowd and shot many with pepper balls, including one reporter. Yet the talk is about where the protesters turned violent.

We must instead ask where the violence began.

For Blacks and others who know U.S. history, this kind of racialized violence reveals an unbroken pattern that dates back to slave patrols and to the gruesome lynchings of Blacks that whites all over the South and Midwest poured into the streets by the hundreds to watch and cheer on less than a century ago. A strongly enforced belief system of white supremacy has poisoned our democracy from at least the moment slavery was first enshrined into colonial law in 1662, and it has never been rooted out despite measures in that direction periodically.

For a vocal minority of organized white supremacists who are again on the rise in our nation today (as they were 100 years ago), the pattern is indeed not a problem but a solution — deserved punishment of a people who refuse to stay in their second-class “place.” Others, like Amy Cooper in Central Park, who refused a Black man’s simple request to obey the law by leashing her dog, are more than willing to use assumptions of white victimization to their own personal advantage in a pinch.

But for the majority of whites, doing nothing seems to be the answer. To them, this pattern looks like bad luck or bad decisions. Or, more likely, it looks like nothing at all because they callously choose to deny or ignore some of the uglier facts of U.S. history and of today’s news cycles. Even amid massive street protests, they simply turn and look the other way.

Not my business, they think, with some taking extra care to isolate themselves from Blacks out of fear of their rage and condemning the damage to property more strongly than they did the murders that fueled it.

The more liberal, religious or sensitive among us may feel guilt, shame and powerlessness when we hear of each of these cruel injustices. But these painful feelings are often fleeting and quickly suppressed or replaced by other concerns.

Those are not the only choices we as white people have, however. Humans are creatures of habit, so to make a break from the herd of white silence, it helps to have examples to follow. In Louisville we have a powerful model from our own local history. Anne Braden (1924-2006) was a Louisvillian who spent more than 50 years taking action every day to end racial segregation and white supremacy, right up until her death at age 81.

Braden was the only Kentuckian named as one of a handful of reliable white supporters by Dr. Martin Luther King Jr. in his 1963 “Letter from a Birmingham Jail.” By her later years, she was no longer the pariah she had been for most of her adult life but an acknowledged voice of conscience in this community who provided through her steady stream of writings and participation on picket lines a constant reminder that ending racism is white people’s business too.

Anne Braden was never famous and did not want to be. But her life offers a critically important counter-example for whites in the Trump era if we choose to pay attention. Braden believed that only what she called an anti-racist majority would make ours the great country she always believed it could be — not “again” but for the first time, truly great. To build that majority requires not just feelings of guilt or shame on the part of whites but concrete actions in response to specific manifestations of racial injustice. Those manifestations are all around us if we choose to see them.

Most of all, Braden loved Louisville and believed it could shine. If she were alive today, I feel sure she would be writing and organizing daily for justice for Breonna Taylor and her family and for the other Black lives uselessly lost in our nation. She would encourage white participation alongside Blacks in nonviolent marches, and she would endorse the work of Louisville Showing Up for Racial Justice, which organizes white people in support of racial justice.

We can’t all be Anne Bradens. As her biographer, I know this as well as anyone. Her courage, her willingness to risk everything for justice was matched by very few in U.S. history. But each of us can take specific actions for racial justice in large or small ways — by acknowledging the depth of the wrongs done, by speaking out in our own families and communities, by supporting organizations that save Black lives, by demanding police accountability. Amid the rising tensions of recent days, we can stop thinking we have the answers and instead consider the meaning of Rev. Martin Luther King Jr.’s words — “a riot is the language of the unheard.”

Braden’s life nudges each of us white Louisvillians not just to feel ashamed or sad but to act. No white person can be neutral on this question, she always said. In the face of such dramatic and persisting wrongs, let’s not fool ourselves into thinking we can.

Catherine Fosl, PhD, is director of the Anne Braden Institute for Social Justice Research and professor of Women’s, Gender, & Sexuality Studies at UofL.