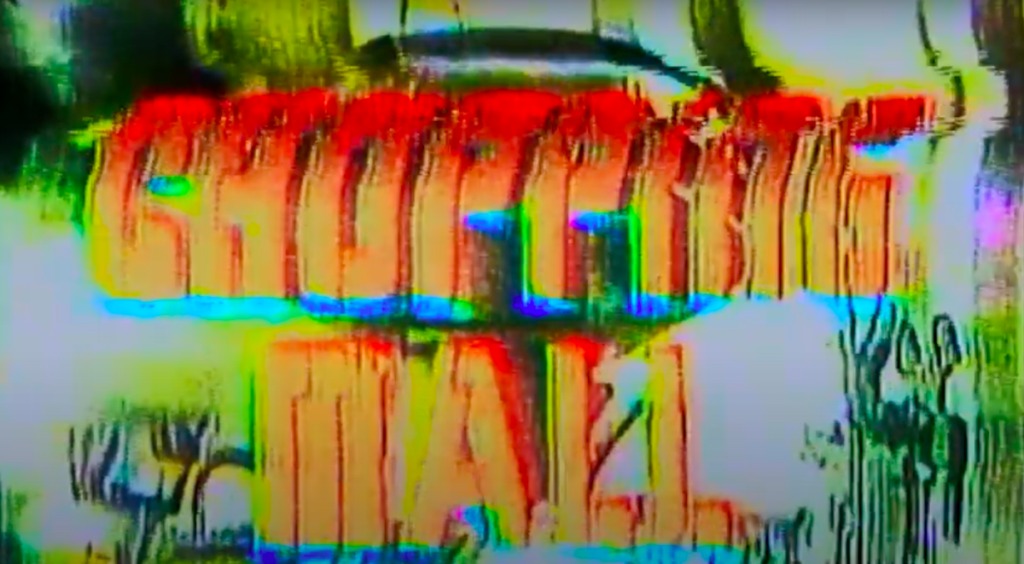 A screenshot from the music video.

The horror-rock band Prayer Line has released a video for their song “Chopping Mall.” It’s a distorted and psychedelic music video that splices in scenes from the 1986 sci-fi cult film of the same name, a movie where security robots turn rogue and attack teenagers inside a mall. The song was originally featured on Prayer Line’s 2019 album Drink The Blood, and the video was created by Dennis Stein. Prayer Line has partnered with Mag Bar to create a “Chopping Mall” T-shirt, with 100% of the proceeds going to Children Shouldn’t Hunger, a local program that provides food security to those in need.

Watch the video below.