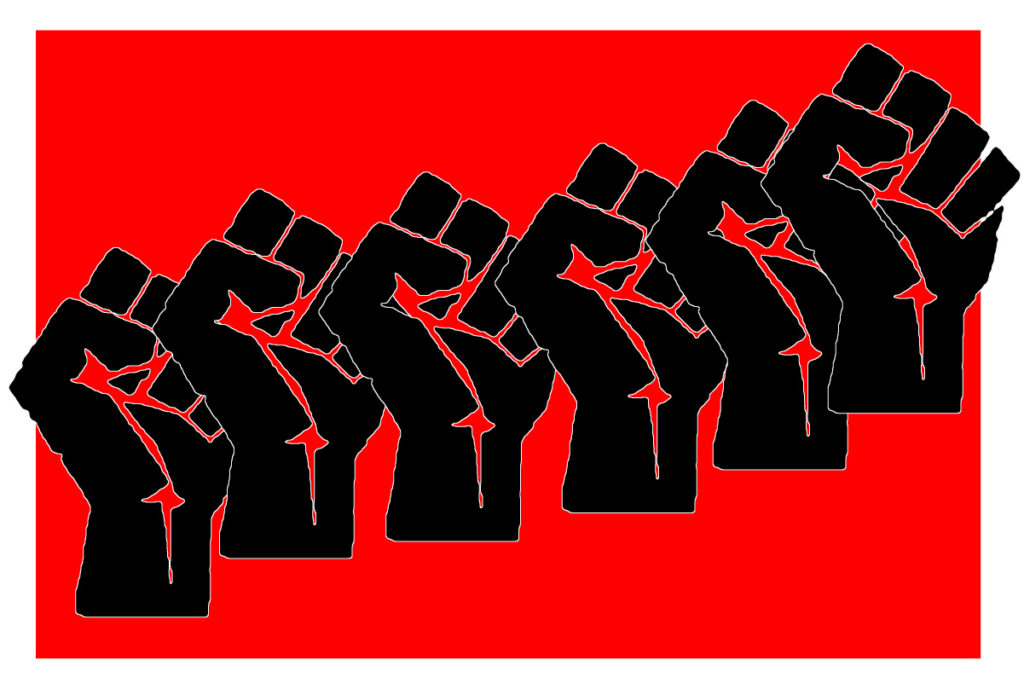 Change Today, Change Tomorrow
Various locations
Prices and times vary
This is Change Today, Change Tomorrow’s time. The Louisville nonprofit, which helps out the local Black community, has responded with vigor to the needs that have been highlighted as white Louisville reawakens to the city’s history of racial injustice. Every day of the week, you can help or benefit from the nonprofit in some way. You can always drop off supplies or volunteer for its Feed the West initiative. On Monday, it’s handing out gallons of free bleach for individuals, community organizations and small businesses that might need the disinfectant to combat COVID-10. Tuesday is Sack Lunch Tuesday, in which the organization provides snack and snack bag donations to the Boys and Girls Club. On Thursday, its efforts turn to Louisville’s unhoused population. You can always also donate to Change Today, Change Tomorrow’s #BlackTransLivesMatter or Louisville Community Grocery funds.

Protests
Various Locations
Free  |  Times vary
The protests against police brutality of Black people continues. Black Lives Matter Louisville is pushing to defund the police, fire the cops responsible for Breonna Taylor’s killing and to intervene in the collective bargaining agreement process between the city and Louisville Metro Police Department’s union. Join activists in protesting every day at Jefferson Square Park from noon to 7 p.m.

Families in Solidarity
St. Thomas Episcopal Church
Free  |  4:30 p.m.
This is a chance for families to participate in the Black Lives Matter protests that have occurred across the country. Meet in the parking lot of St. Thomas Episcopal Church in The East End and walk the sidewalks of Hurstbourne Lane and Westport Road. Bring donations for Feed the West and the La Casita Center.

The Civil Rights Era: Lessons for Today
Zoom
Free  |  7 p.m.
Learn what it means to stand for justice in troubled times by examining Louisville’s Jewish community’s response to the civil rights movement. Abigail Glogower, curator of The Filson Historical Society’s Jewish Collections and Jewish Community Archive, will walk you through this history, hopefully to increase your understanding of the tumultuous time period.

An Evening of Healing
Chik’n & Mi
Free  |  4-11 p.m.
“An Evening of Healing” will showcase local Black artists on Chik’n & Mi’s patio. The lineup includes musicians and spoken word poets such as Hannah L. Drake, DJ Hi-Def and hip-hop artist Sasha Renee. Food and drink will be available to go, donations benefit the Black Artists Community Fund and reservations are encouraged.

Reimagining Family Justice
Online
Free  |  5:30-7 p.m.
Award-winning journalist Sylvia Harvey joins state Rep. Attica Scott to talk about her book “The Shadow System: Mass Incarceration and the American Family.” Harvey’s nonfiction opus, published in April, follows families impacted by an unfair justice system, including one from Kentucky, a mother, previously incarcerated, fighting for custody of her children. That mother, LaTonya McNeal, who now works at The Healing Place as a detox and overnight supervisor, will tell her story at the “Reimagining Family Justice” forum as well.

Juneteenth Celebrations
Various locations
Free  |  Times vary
Juneteenth is an annual holiday celebrating the end of slavery in the United States. This year, there are several events planned, from outdoor parties to online programs. The Cookout is a series of virtual and pop-up performances celebrating Black music, hosted by KMF, a Louisville neofunk and soulhop band. It starts at 1 p.m. on Friday and lasts throughout the weekend.

At 4 p.m. on Friday, Jefferson Square, where protests have been occurring since May, will turn into a party zone with performers, vendors and free food and drink. It’s also a fundraiser for the Roots101: African American Museum. Hand sanitizer and masks will be provided, but if you’d rather celebrate virtually, Actors Theatre of Louisville presents Juneteenth: Why We Celebrate on its Facebook page, featuring District 4 council candidate Jecorey Arthur; The Rev. Kevin Cosby of St. Stephen Church and Simmons College of Kentucky; Louisville Central Community Center President and CEO Kevin Fields; gospel musician Pat Mathison and state Sen. Gerald Neal.

For more music, vendors and food, head to Coles Place Events at 5 p.m. for a Juneteenth Celebration Gathering, which also features bouncy houses for the kids.