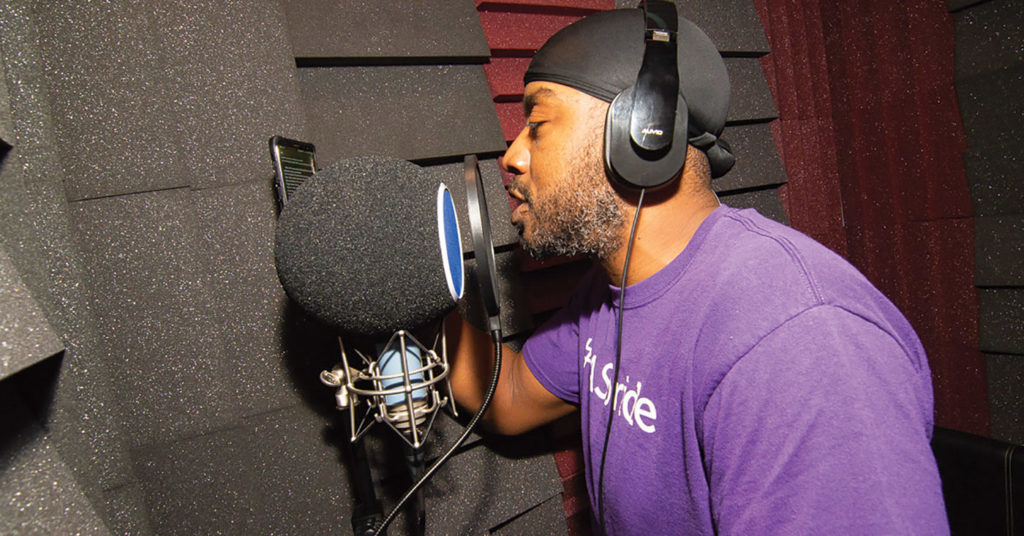 It’s been a tough time to stay tuned into pop culture. There are more pressing matters right now, so it’s understandable that entertainment has taken a back seat. But, over the past week, I went searching for local songs that have been released since I made my last playlist in mid-April. What I found was not only an array of great songs by talented artists, but that the current social moment is starting to seep into music. At its best, art has always been an honest reflection of humanity. Here are eight recently-released songs from Louisville artists.

Jordan Jetson ‘Feel Like Finn’
April 24
Jordan Jetson does a lot with a little amount of time on “Feel Like Finn,” a minute and a half song that showcases the rapper’s speed and prowess as he weaves through a thick verse before settling into a breezy chorus. Jetson’s flow is the stuff of technical wizardry — a razor-sharp wit paired with the ability to shift speeds and rhythms with agility. At this point, everything he releases is a must listen.

Joan Shelley ‘Bed In The River’
May 1
Joan Shelley has an incredible ability to juxtapose nature with stories, perspectives and issues. The lyrics for her latest song were written by Max Porter, but that reoccurring theme is still present, as the outdoors and existentialism runs through “Bed In The River.” It vividly brings you into a scene, but the deeper meaning is more hidden. It’s both evocative and a puzzle. It’s perfectly-balanced folk music.

Jaye Jayle ‘Guntime’
May 21
The post-punk band Jaye Jayle has always excelled at creating sweeping, ominous atmospheres that translate tension in subtle and sharp ways. And, of course, “Guntime” is no different — there’s no abject aggression from the instruments or vocals, but there’s darkness and pain deeply embedded in this track, making it reminiscent of Nick Cave’s latest albums.

Black Cross ‘Let Me Sink’ (Instrumental Demo)
May 27
Matt Jaha, drummer of Black Cross, passed away on April 15 at the age of 37. On the band’s recent Unreleased Demos album, there are a few instrumental tracks that are Jaha and his cousins Ryan and Evan Patterson (on guitar and bass) building the bones of songs that were then in their infancy. The version of “Let Me Sink” is a reminder of Jaha’s dynamic drumming. It was recorded in 2004, during the writing sessions for Sink Knives, & Chrome, and it exudes the heart and talent that Black Cross was known for.

Church Friends ‘Arms’
May 28
Church Friends blends psych-rock, soul and jazz into a smooth, powerful hybrid that picks and pulls elements from the various genres but easily connects them together with a pop backbone. “Arms” is a feel-good summertime song about falling in love, with that easy-going feeling that recalls the ’60s.

Dead Letterman ‘When The World Burns’
June 5
In the coming months, we’re probably going to see a lot more art that reflects the current social and political climate, but we’re already seeing the first wave of it. The Dead Letterman’s “When The World Burns” is a jangly, acoustic, pro-activism reflection on the protests and the injustices that sparked them.

Dronestore Cowboys ‘Tired Fog’
Streaming; physical copies July 3
Dronestore Cowboys is the instrumental, post-rock project of Ben Traughber and Blake Edward Conley, who use guitars, keys, synths and vocal drones to build a cinematic sound that is magnetic and emotional. “Tired Fog” seems like a score to the sadness and frustration that’s currently deeply embedded to the world — the numbness brought on by a downward spiral. On a brighter observation, this might be the best pop culture pun band name out there.