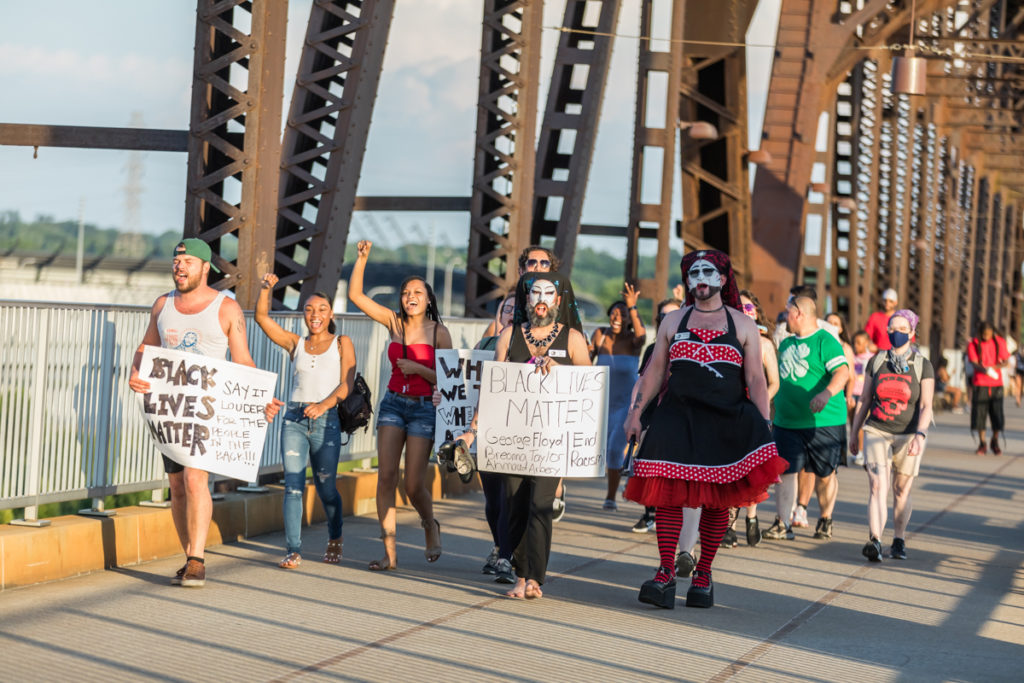 The Derby City Sisters and others walked to the middle of the Big Four Bridge to hold a vigil for Black people killed and brutalized by police.

The killings of George Floyd and Breonna Taylor by police brought protests in downtown Louisville and have since spread to other parts of the city, all calling for police reform and demands for racial justice. Peaceful protests continue near the Hall of Justice, and on Saturday, June 13, about 40 protesters marched on the Big Four Bridge for a vigil organized by the Derby City Sisters.

The vigil began at 8 p.m. with groups gathering on the Kentucky and Indiana sides of the bridge, which then met in the middle. A blessing was said for the Black people who have been brutalized and killed by police and the others affected by that violence.

Participants then either knelt or laid down on the bridge for 8 minutes and 46 seconds, and some also placed their hands behind their backs. Eight minutes and 46 seconds is the amount of time a white police officer knelt on the neck of George Floyd while his hands were cuffed behind his back, leading to his death.

Here are photos from the protest.