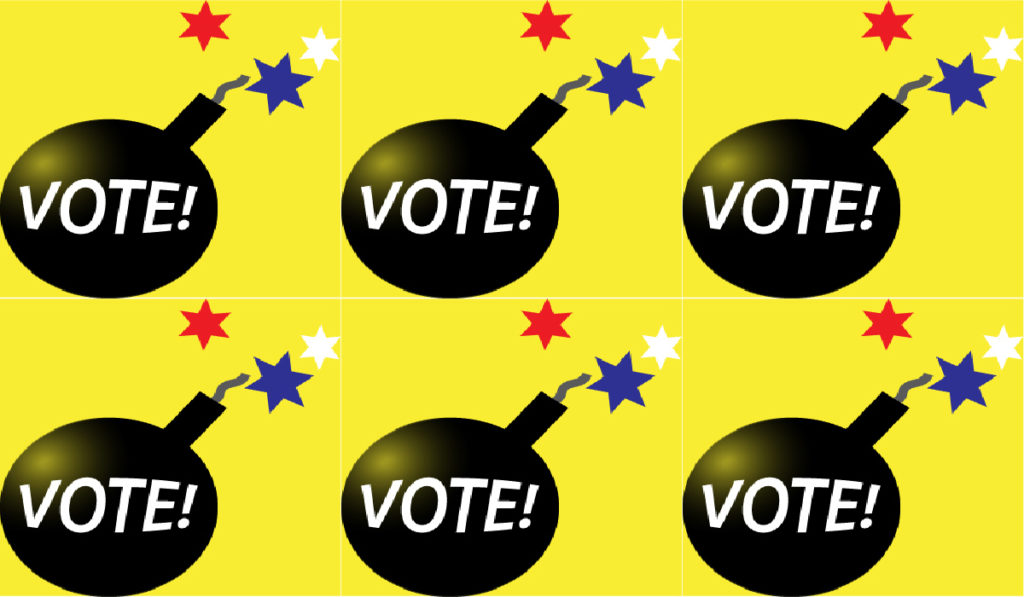 Impossible is a word to use with discretion.

Yet, the Jefferson County Clerk selected this word to explain why Louisville cannot have more than one primary polling location. After extensive research, I believe it would be more accurate to say three polling locations would not only be doable, but more prudent.

Impossible is also the wrong word to use when you learn Franklin and Shelby Counties will each have three polling locations.

To balance public health safety with a robust turnout for June 23, I see two driving principles: 1) ensuring we have ample social distancing capacity for in-person voting; and 2) encouraging as many people as possible, supported by a sustained voter education campaign, to vote absentee.

In a May 22 letter to the State Board of Elections, in response to a May 21 letter from state Reps. Jason Nemes and Attica Scott (in which they demanded multiple locations), the county clerk provided nine reasons why it is “simply impossible” to have more than one site. In short, the reply letter references insufficient funds, not enough workers and the unprecedented nature of COVID-19.

When you scratch the surface, these arguments do not stand.

There would be plenty of money — $4.3 Million in additional revenue

Yes, the Jefferson County Clerk, because of Frankfort’s fee hike, will increase projected revenue by $4.3 million in just one year. This 21.7% growth, even after including a raise for its hardworking employees, also includes a $1.2 million surplus for 2020.

Funding is not an issue for the County Clerk.

The clerk’s second major argument? “I don’t have the people.” But that office is the biggest clerk’s office in the state.

The Jefferson County Clerk’s Office is big — eight remote locations, nine departments and 320-plus full-time employees. It is one of the largest governmental agencies in town and it is the biggest — by a wide margin — clerk in the state. So much so, it is the only clerk with multiple offices.

The size of the Jefferson County Clerk is to be expected; we are, after all, the largest county.

But, when you link the employee count to every million dollars in revenue generated from fees, Jefferson is not only the biggest, it also has a 39.2% greater employee capacity when compared to the second-largest clerk office, Fayette County’s.

Normally, when analyzing employee-capacity ratios, you have to compare apples to apples. In this case, we are: All of the county clerks — across Kentucky — have the same duties and responsibilities.

The unprecedented nature of COVID-19.

Typically, organizing a primary in Louisville, even without a pandemic, is complex: it involves 232 polling locations, 623 precincts, 2,000-plus ballot styles and 2,400 election workers, just to mention the fundamentals. It is logistics at its best. Clearly, COVID-19 complicates matters.

Each election cycle, for multiple reasons, polling locations change. People do not like it, but it happens. All the time. On average, anywhere from 5% to 10% of locations can change.

How are voters informed of these changes? The clerk mails postcards. Why couldn’t the clerk inform voters of our new locations this time? It could. Moreover, it already has, sort of.

But instead of dividing us into 232 polling locations, it has crammed us into one — the Fairgrounds. And it did not mail postcards, but rather presented the plan at a County Board of Elections meeting.

With some hustle and proactive planning, the county clerk could have sent a postcard (as it already does whenever polling sites change), yet it would have been mailed to all 615,000 registered voters to inform us we have been assigned to one of three locations.

Considering the primary is around the corner it might be too late, but I bet the U.S. Federal Judge in the Western District of Kentucky does not care.  Remember the letter from Rep. Nemes?  Well, he, and several others, followed up with a class action lawsuit stating “significant voter suppression will occur” because of Jefferson County’s one polling location.

Educating Voters — The Key To Everything

The main goal of a voter education campaign — and I mean the absolute, 110% main goal for the June 23 primary — is to encourage absentee voting.

The county clerk — as the chief elections officer for Jefferson County — is responsible for taking a leadership role in communicating this message. And the message, even with the challenges of COVID-19, is direct and simple: vote by mail and if you have to vote in-person, you will be assigned to one of three locations.

To repeat, the benefits to three polling locations instead of one is twofold: 1) it would increase equity and access to polling locations across our hometown; and 2) it would support public health safety by ensuring we have sufficient social distancing capacity at the voting booths.

If the Jefferson County Clerk had been more proactive, we could have avoided one location.  But depending on what the U.S. District Judge has to say, it still just might happen.

Neville Blakemore worked on the Clinton-Gore Campaign in 1992, ran for state treasurer in 2015 and served as vice-chair of the Kentucky Democratic Party. He can be reached at: [email protected]