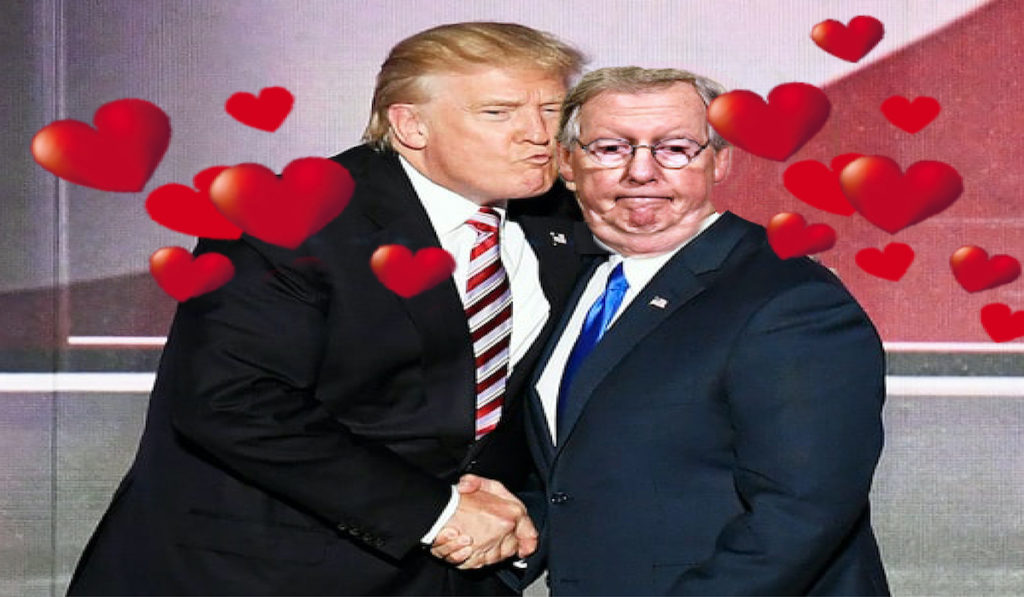 The political stars are aligning for our senior senator Mitch McConnell, just in time for his sixth and hopefully final election campaign!

President Trump has fired the acting inspector general who was investigating whether Transportation Secretary Elaine Chao was helping McConnell, her husband, funnel projects to Kentucky to boost for his re-election campaign.

The Associated Press has reported that Mitch Behm was fired, and Democratic lawmakers “demanded that the Trump administration turn over information about current investigations that might have played a role in Behm’s removal, including a review of whether Transportation Secretary Elaine Chao has given preferential treatment to Kentucky.”

Politico reported last year that “Chao designated a special liaison to help with grant applications and other priorities from her husband Mitch McConnell’s state of Kentucky, paving the way for grants totaling at least $78 million for favored projects as McConnell prepared to campaign for reelection.”

Of course, Chao declined to comment for the Politico story, and a spokesman for her told The AP that Behm was not fired but continues to work as deputy inspector general.

Yet, this story gets even greasier, as in one hand greases the other or… quid pro quo!

He will continue in both jobs!

That means as head of the pipeline agency, he reports to Chao, and as inspector general, he would provide independent oversight of… you guessed it — Chao!

It is just the latest Trumpian firing of inspectors general, including ones for the intelligence community,State Department, Defense Department and Department of Health and Human Services — all of whom had crossed Trump in some way or were perceived to have done so.

The Democrats who protested the Behm-Elliott switcharoo in a letter to Trump are Rep. Peter DeFazio of Oregon, chairman of the House Transportation Committee; Oversight Committee Chair Carolyn Maloney of New York; and Virginia Rep. Gerald Connolly, who leads an Oversight subcommittee.

They said Elliott’s double-allegiance is a conflict of interest.

And, they said any attempt by Chao or her office to interfere with an inspector general’s investigation of her alleged crooked Kentucky dealings “is illegal and will be thoroughly examined by our committees.”

All of this, however, works to undercut a theory LEO published that Chao is the “anonymous” book author, “the senior administration official who penned The New York Times op-ed about the resistance inside the Trump administration and then wrote the best-seller “A Warning,” but has not been found in 17 months.”

Or… maybe this is to keep them quiet during election season.