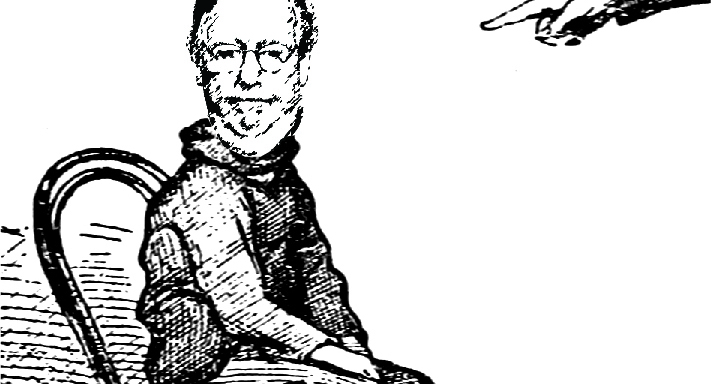 Ever since he became leader of Republicans in the U.S. Senate, Mitch McConnell has used that post as his most consistent argument to Kentucky voters that they should reelect him, because it lets the state “punch above our weight” to get federal favors.

It’s been an effective pitch in his two reelection campaigns since, and it has the added advantage of being true: Among the states, Kentucky is the largest net recipient of money from the federal government, except Virginia and Maryland, which surround the national capital.

But as he seeks a seventh six-year term, McConnell may be forgetting about the finances and recent politics of his own state. That showed April 22 when radio talker Hugh Hewitt went on a rant about state pensions and asked McConnell if we need a law allowing states to declare bankruptcy “so they could discharge some of these liabilities.”

McConnell replied, “Yeah, I would certainly be in favor of allowing states to use the bankruptcy route. It saves some cities. And there’s no good reason for it not to be available.” That remark “created a whirlwind in the municipal bond market,” making state bonds seem less secure, investment adviser Barnet Sherman wrote on Forbes. And it may make McConnell’s reelection less secure.

His likely general election opponent, Amy McGrath, started a TV attack on McConnell that claimed, “He’s refused to give more aid to Kentucky; said the state should just declare bankruptcy.”

That’s not true. McConnell has consistently supported “coronavirus-related” assistance to states and localities and after first saying he opposed replacement of revenue they’re losing because of the pandemic recession, he’s left the door open. And he didn’t say Kentucky should declare bankruptcy; he said he favored a law allowing states to do so. And after some Republicans rebuked him, he turned tail.

Asked Thursday on Fox News if he had reversed course on bankruptcy, he tried to make it sound like somebody else’s idea: “Bankruptcy is obviously a decision, if it were legal, (that) would be made at the state level. I don’t think many states would choose that option.”

That line didn’t make McConnell’s press release about the interview. Its first quote was his next line: “The point is, we’re not interested in borrowing money from future generations to send down to states to help them with bad decisions they’ve made in the past unrelated to the coronavirus.”

The release said McConnell spoke about “ensuring state and local funding remains focused on COVID-19.” The word “focused” indicates his door is open to general replacement of revenue lost because of the pandemic recession. That backtracks on another April 22 interview in which he said, “We’re not interested in revenue replacement for state governments.”

McConnell issued a release about that interview but not about the one where he talked about bankruptcy. The release had a bold subhead: “On preventing blue state bailouts,” introducing a passage that said in part, “We’re not interested in solving their pension problems for them; we’re not interested in rescuing them from bad decisions they’ve made in the past.”

I asked McConnell spokesman Robert Steurer to explain the subhead, noting that Kentucky is a red state with a big pension problem. He said his boss was responding to the interviewer’s reference to the $7.8 billion request from New York City. But before that reference, McConnell said this: “We’re not interested in solving their pension problems or all these other things they would like us to finance.”

That subhead is telling, I think.  McConnell surely knows that Kentucky has, by one measure, the nation’s worst-funded state pension funds. But in the two weeks before April 22, Hewitt and other conservative commentators, some funded by the McConnell-friendly Koch brothers network, warned about federal aid to states “morphing” into pension-fund bailouts, noted Michael Hiltzik of the Los Angeles Times.

Such warnings are a familiar refrain for those who decry the often disproportionate power of public employees in government. That power is one reason Kentucky’s public pensions are woefully underfunded. The state’s teachers revived their power last year, to oust a governor who wanted to change their pensions.

Yes, Matt Bevin probably wouldn’t have lost November’s election if he hadn’t made some crazy claims about the effect of a teacher sickout. But the teachers and other public employees are feeling their oats after that victory, and any hint of action that would change their benefits rings the bell for another round at election time.

And as many risk their lives working in the pandemic, public employees’ standing has risen.

In calling for a state-bankruptcy law that would put public pensions at risk, McConnell may have been thinking about negotiating strategy for the next relief bill. But he wandered into dangerous territory and now he’s backed off. Maybe he realized he was punching below his weight.