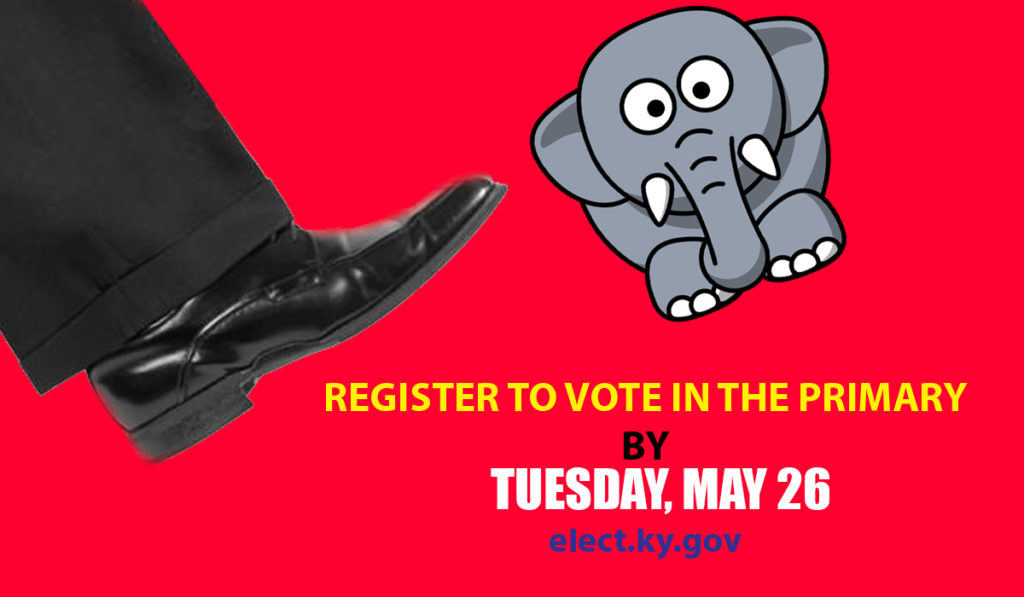 Monday Night Flights: An Evening with Woodford Reserve
Facebook Live
Free  |  7-8 p.m.
The staff at Chill BAR misses you and wants to hang out. Join bartenders Anthony Jones and Roger Tieskoetter as well as Casey Gray from Brown-Forman as they taste Woodford Reserve and demonstrate how you can make your own cocktail.

Birch Road Cellar Cocktail Class – Tiki Talk
Online
$30  |  8:30-9:30 p.m.
It’s not summer yet, but you can pretend with a lesson on how to create the perfect tiki drink from Make & Muddle and the Chicago-based Birch Road Cellar. For $30, they’ll deliver a cocktail kit with four syrups to your door. Then, in an online class, they’ll show you beginner, intermediate and advanced cocktail techniques.

Voting During COVID-19
Online
Free  |  3-3:30 p.m.
Kentucky’s Secretary of State Michael Adams tells you what you need to know about voting during the COVID-19 pandemic. This free discussion is hosted by Greater Louisville Inc. Before this, though, make sure you register to vote by Tuesday, May 26.

Old Forester Cocktail Series: Sour Variations
chibo.io
$25-$100  |  5 p.m.
In the Old Forester Cocktail Series, you’ll learn how to enjoy bourbon four ways. This is part two: the sour cocktail. Chibo will send an ingredient list and, in a live demonstration, you’ll learn how to make your own version(s) of the classic drink. Your ticket, a donation, goes to Louisville restaurant employees impacted by the pandemic.

Why We Need ‘Walden’ in 2020
Zoom
Free  |  6-7 p.m.
The McConnell Center is still putting on lectures in this era of virtual gatherings. In this one, John Kleber, a Kentucky historian, discuses how Henry David Thoreau’s “Walden” “is a  reflection on “living in simple surroundings, with themes of solitude and social distancing that are relevant to today’s global pandemic.”

CTC Presents: ‘Henry V’
Online
Free  |  7 p.m.
Catch an all-female, youth production of Shakespeare’s “Henry V” as part of the Commonwealth Theatre Center’s #ThrowbackThursday vault series. This particular show was performed last year as part of the Young American Shakespeare Festival. In it, the troublesome Prince Hal is now the serious King Henry V who embarks on a military expedition to France.

Quaranstream: Harambe Memorial Show
Facebook Live
Free  |  8 p.m.
Four years ago, our lives changed forever when Harambe, a gorilla at the Cincinnati Zoo was shot and killed after a boy fell into his enclosure. His death cemented the ape as both a tragic representation of the dark side of the zoo system and a persistent, dank meme. Throwback Thursday, a local pop-punk cover band, will  recount the tale with a 30 minute rock opera in memory of the gorilla, featuring songs from blink-182, All Time Low and Hawthorne Heights. All we can say is RIP Harambe, your name will never be forgotten — as long as there are likes to be mined from the internet, anyway.

Freedom Fridays
Sixth Street and Broadway
Free  |  5 p.m.
Freedom Fridays have grown since LSURJ and The Bail Project Louisville first started protesting inmates kept in Louisville’s jail during the pandemic. Not only are there at least nine more groups involved, including Mijente Louisvlle and the ACLU of Kentucky, but the weekly protest’s scope has grown, too, expanding in support of justice for Breonna Taylor. You can either protest from your car or by standing outside of the Hall of Justice (with a mask and 6 feet apart).