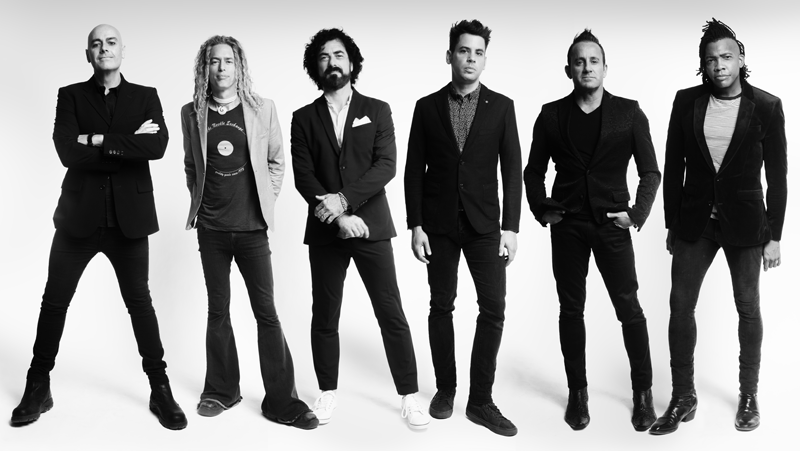 Christian rock band Newsboys have booked a tour of drive-in theaters across America.

In-person live music screeched to a halt in the middle of March, but as society slowly reopens, there have been a few concerts at drive-in movie theaters popping up around the globe. And now the trend is hitting Kentucky, with last week’s announcement that the Christian rock band Newsboys tour is coming to Sauerbeck Family Drive-In in La Grange on Thursday, July 2.

The venue’s owner Stephen Sauerbeck told LEO that he wouldn’t be diving into the concert business fully, but that he has been exploring options and listening to offers. “In the end, I am in the movie business — that’s where my heart is,” Sauerbeck said. “I don’t see us switching over to a full concert venue, but I do see us having a lot of opportunity to pair with local artists, to provide them with a venue, and national artists to provide our community with some entertainment options.”

Awakening Events is running the Newsboys show, for which tickets start at $100 per car, and Sauerbeck expects Awakening to host three or four concerts at his drive-in throughout the summer. Sauerbeck said he also wants to rent the venue to other groups, companies and bands.

Churches had already moved to drive-in services, albeit in parking lots, when Gov. Andy Beshear banned all mass gatherings, including religious ones. The idea is that people stay in their cars to meet the rules for social distancing. Sauerbeck said concertgoers will be allowed out of their vehicles, but the 6-foot distancing rule will be enforced.

According to a Rolling Stone article last week, Live Nation told investors on an quarterly earnings call that the company will experiment with drive-in concerts throughout the summer, and that it had already sold one out in Denmark, with 600 cars in attendance. Sauerbeck said he wants to speak with Live Nation.

Bill Powell, owner of the Georgetown Drive-In in Southern Indiana, said his theater has no concerts on the books, but it’s something that he would consider.

There’s also some skepticism surrounding drive-in concerts. Billy Hardison, co-owner of Production Simple, which primarily runs Headliners and Old Forester’s Paristown Hall, said that there’s “no money in the drive in model” and that it’s a “publicity stunt.”

“A movie is a lot different than a concert,” Hardison said. “Basically you’d have arena level costs with only a quarter the capacity at best because of all of those pesky cars in the way. Are people willing to pay four times the ticket to make up for it? How many times will they do it before they realize how much it sucks?”