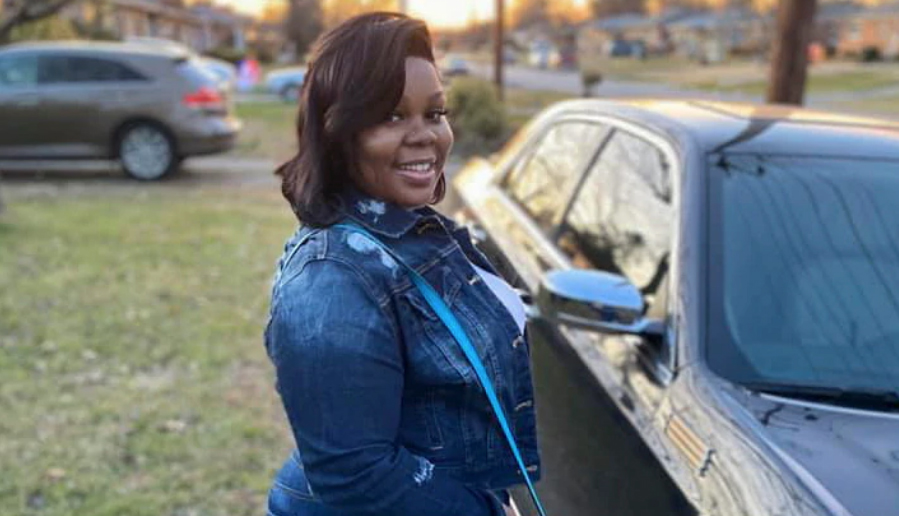 Black Lives Matter Louisville has released a list of demands regarding the fatal shooting of Breonna Taylor by Louisville police, asking for a “transparent investigation,” dismissal of charges against her boyfriend and the release of 911 recordings.

Taylor, a 26-year-old licensed EMT with no criminal record, and her boyfriend were asleep March 13 when police entered Taylor’s apartment near Iroquois Park with a no-knock search warrant, The Courier Journal reported. They were searching for drugs, because a suspected dealer was presumed to be using Taylor’s home to pick up packages, according to the newspaper’s description of the warrant. Taylor’s boyfriend allegedly shot once at officers, believing that the apartment was being broken into, according to a lawsuit against the police. Officers returned fire, shooting Taylor at least eight times, according to a story in LEO. Around that time, the suspected dealer who had been seen at Taylor’s house was arrested at a separate address. No drugs were found in Taylor’s apartment. Her boyfriend Kenneth Walker was arrested and charged with attempted murder for shooting an officer.

Chanelle Helm, core organizer for BLM Louisville, said the city needs to be more open about the status of the investigation with the public and family.

“An open and transparent investigation is actually, you know, holding a press conference either every day or  every other day, especially as new information comes up, or it’s entered into a site,” she told LEO. “But it’s also given to the families, the families of an institution whose child was murdered by that institution.”

Louisville police declined to comment on BLM’s demands and Helm’s characterization of the department.

In a statement, Jessie Halladay, an LMPD spokesperson said only, “We have an ongoing investigation into this situation. The Chief said yesterday the criminal investigation into the case is nearly complete and will then be sent to the Attorney General for review. He has also asked that the FBI and U.S. Attorney review the case independently as well.”

Black Lives Matter’s list of demands, which Helm said was formulated with the help of other Louisville activist groups and some of Taylor’s family members, are:

Helm said that BLM wants the officers involved in the shooting fired immediately, because she claims there are “a ton” of officers on the force who have been involved in similar situations.

“The amount of police terrorism doesn’t take place just because one or two officers go awry,” she said. “There has to be a ton of officers who decide to uplift that behavior, protect it and keep it riding.”

Helm is also not satisfied with Louisville’s Citizens Commission on Police Accountability because it is tied to the city. Its members are appointed by Mayor Greg Fischer and approved by Metro Council. The Commission reviews police shooting investigations after they are completed and recommends changes in policy.

“I mean, the police force is the city, too,” said Helm.

On Wednesday, Mayor Greg Fischer said in a statement the city has two other forms of civilian review to look into Taylor’s case: an investigation from his office or one from the Police Merit Board. He said he would consider additional ways to carry out a civilian review.

Also, he said, “Policing, as I’ve said, is a dangerous and unpredictable profession where split second decisions are often required. And, we have to recognize the historically difficult relationship between law enforcement and communities of color.

Like communities across the nation, Louisville unfortunately has these challenges. We have been leaning into those challenges over the years, and we’ll continue to do so.”

And on Thursday, Fischer announced that he would send the city’s Public Integrity Unit investigation to the Federal Bureau of Investigations and the U.S. Attorney after it is completed.

That also did not satisfy Helm.

“Underneath this administration I don’t know,” she said, referencing President Donald Trump. “Is our FBI safe to even utilize right now?”

Metro Council President David James said in a statement on behalf of the council that its members are “deeply saddened” by Taylor’s death.

“We understand that LMPD is filled with fantastic police officers that do a great job every day and decisions about life and death are made in split seconds as they perform their duties,” the statement read. “However, this particular incident raises many questions that all need to be answered.  We call on LMPD and the Mayor’s Office to be fully transparent with the citizens of Louisville Metro on all matters related to this horrible incident. We also request that The Kentucky Attorney General, The US Attorney for The Western District of Kentucky and The Louisville Office of The FBI conduct independent investigations of this shooting.  Our prayers and condolences are extended to the family of Breonna Taylor.”

U.S. Rep. John Yarmuth said in a statement,: “I did not know Breonna Taylor, but the horrifying public reports of how her life so tragically ended are deeply troubling and deserve the most thorough review they can be given. As the ongoing investigation continues and the facts surrounding this heartbreaking event are uncovered, it is my hope that some form of justice can eventually be delivered: to Breonna—a brave and selfless public servant—and her family, to a concerned community, and to a nation sick and tired of seeing and hearing of black and brown lives being taken so wantonly and so coldly.”

Black Lives Matter is calling on members of the public who want “Justice for Breonna” to push its demands in front of the mayor, Gov. Andy Beshear, Metro Council and other state and local officials. The group is also asking for citizens to post about Taylor on social media and to sign change.org and Color of Change petitions.

It’s not just about Taylor’s case, Helm said, it’s about all cases of what she calls “police terrorism” in the city.

“These are places where we can start so that we can push through a change that is happening,” Helm said. “We’re not only talking about the use of force, we’re talking about people who are able to go to work, murder and then be able to live their lives the way they want to while families are suffering.”