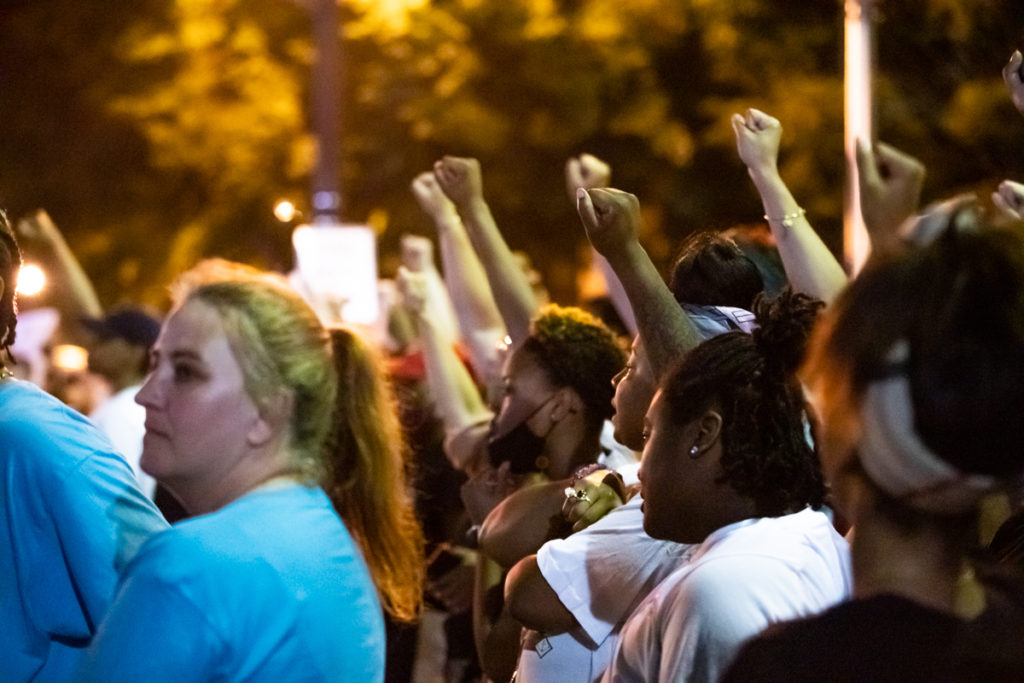 Protest for Breonna Taylor
Downtown Louisville
Free  |  Evening
Anger at law enforcement taking Black lives bubbled over last night as hundreds took to Main and Jefferson streets to protest. The demonstrations, prompted by the death of Breonna Taylor at the hands of Louisville police, are expected to continue tonight. On Thursday, the protest was peaceful until later in the evening. From an anti-fascist protest guide, wear a mask and comfortable shoes and bring water in case of tear gas. No justice, no peace.

Quarantine-A-Thon 2020
Outside
7 a.m.-7 p.m.  |  $25
Don’t worry about planning a route for this virtual 5K. Organizers have partnered with Louisville Metro to send you directions for various runs around town, some that you’ve probably done before and others that you didn’t know were possible. Proceeds benefit three Louisville nonprofits: I Would Rather Be Reading, Inside the Lines and Survivors’ Corner. And, you’ll receive a T-shirt!  We know you would do anything for a T-shirt. ­

Drive-Thru Bier, Brats and Growlers!
German American Club
Prices vary  |  4-8 p.m.
Now would normally be the time for beer garden nights at the German American Club. This year, you probably won’t be able to sit under the GAC’s twinkle lights, but you will still be able to taste some of the Club’s delicious food and fill up a growler full of German beer (or Miller Lite if that’s your thing). Just drive up to get your fix.

KPA at Home: Frederick the Younger
Facebook Live
Free  |  8-8:30 p.m.
Since Kentucky Performing Arts started streaming live concerts in March, we’ve been waiting for Frederick the Younger to play. The Louisville art-pop band released its EP Fever in January. We described it at the time as featuring “danceable beats and love-hurt ballads in equal measure, making for a gritty pop favorite.”