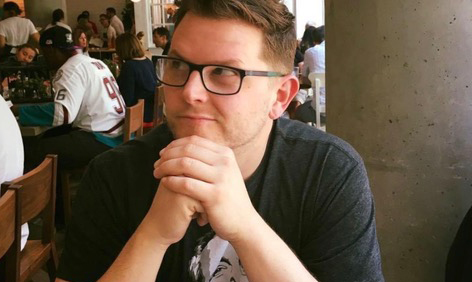 A former Louisville Trader Joe’s employee is suing the grocery chain, saying he was wrongfully fired after raising concerns about health and safety conditions while working there during the epidemic.

Two weeks before being fired, Kris King, a Trader Joe’s employee of over eight years, created a private Facebook page for local workers to talk without management oversight about safety concerns at the store, according to the lawsuit filed in Jefferson County Circuit Court on April 8. One of King’s posts claimed the store had “no plan” to keep employees safe, and alleged that employees got in trouble for wearing gloves at the cash register.

According to the lawsuit, the store manager obtained screenshots of the post and brought them up twice to King: once during a meeting in which he was reprimanded for making the post and again as a reason for why he was being fired on March 28. At the first meeting with management, King, who is 37, also requested that the store institute recommended safety measures including a regular sanitation schedule and allowing employees to wear personal protective equipment, the lawsuit alleges.

A spokesperson for Trader Joe’s, Kenya Friend-Daniel, said in an email that King was not fired for making a Facebook page or for voicing concerns. Friend-Daniel declined to tell LEO why King was fired.

“We’re always listening to our Crew Members and customers,” she said in the email. “We, including those at our Louisville store, take all concerns seriously and always look for ways to address them.”

When King was fired, management also brought up two incidents that occurred in 2019, which the lawsuit says were “unsubstantiated.” King told LEO he was written up once for jokingly tossing quinoa at a coworker and again for accidentally taking a coworker’s hoodie home with him. King said he returned the hoodie without prompting.

King said he was surprised with how Trader Joe’s has handled the epidemic in its store.

“As somebody who has worked for the company for a long time and has been very impressed with how the company has done things, I would assume that they would be a leader in this, but they are absolutely followers and are falling behind when it comes to protection,” he said.

The lawsuit alleges that after Gov. Andy Beshear declared a state of emergency for Kentucky on March 6, Louisville Trader Joe’s management took “no steps to promote the health and safety of its employees regarding the spread of COVID-19.” And, on March 11, management told employees that they couldn’t wear gloves while on the job.

On that same day, King began developing symptoms of COVID-19, including a dry cough and a fever, and he decided to stay home from work. While at home for 10 days, King created the Facebook page. One post he made to the page, on March 15, claimed that a manager asked an employee if they “had to” go home after they said they were sick.

On March 21, King returned to work. The store manager requested a sit-down meeting with King, at which he was reprimanded. A week later, King was fired.

On April 2, The New York Times ran a story that detailed Trader Joe’s efforts to discourage union organizing at its stores. In an interview for the story, King described how he was fired. He also mentioned a proposal for more safety measures at the store that he and other employees planned to give to management.

After the story ran, the Louisville Trader Joe’s began implementing “many” of King’s safety recommendations, the lawsuit says.

Friend-Daniel denied that Trader Joe’s made changes because of the newspaper article, and she said that the company first announced health and safety guidance for employees in February. Trader Joe’s has added to those safety measures as the situation has evolved.

“Over the weeks, and as the situation has called for additional safety measures, we’ve acted quickly,” Friend-Daniel said. “Everything we’ve done has been guided by CDC and other health official recommendations, as well as just monitoring the situation, listening to Crew Members and customers, and our desire to do everything we can to keep them safe. “

On March 2, before Beshear’s executive order, Trader Joe’s locations across the country announced that they would provide ill employees with seven days of additional paid sick leave. They would also stop allowing customers to pick up free samples in stores themselves, and instead would have an employee hand them out. “Soon after,” the company stopped handing out samples and providing coffee all together, said Friend-Daniel.

On March 26, before the Times article, Trader Joe’s announced that it would install clear plastic barriers at every register. And on April 1, the company told employees that it was working on procuring masks for its stores.

On April 9, after the Times article ran, Trader Joe’s posted an announcement to its company website, highlighting more safety measures, including increased routine cleanings and gloves for all employees.

King is seeking unspecified monetary compensation from Trader Joe’s for his firing based on lost wages and benefits and emotional distress.

“It’s because those people in that store, a lot of them are like family to me, and I have very close personal relationships with a lot of them,” he said, “and I am literally worried about their safety and protection, and I feel that they deserve more.”