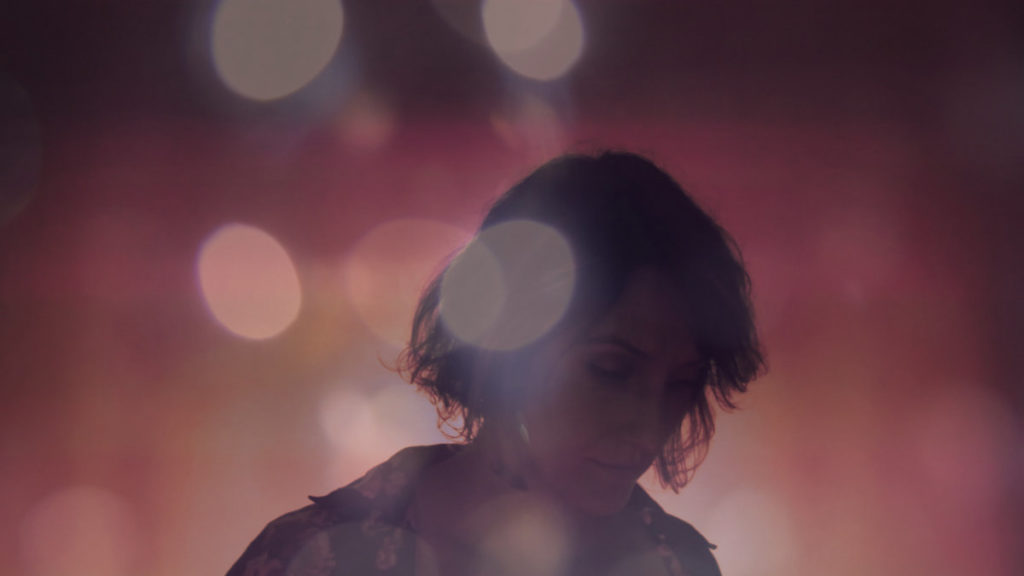 Since the outbreak started, sometimes it’s been hard to pay attention to anything but devastating news. Of course, we’ve all been home more often, and some of us have been trying to find pop culture distractions, but there’s still a solid chance that great Louisville albums and singles have been buried under the weight of what’s happening. So, we’ve created a playlist covering some of the best local songs that have been released since the beginning of March.

Joan Shelley — ‘Blue Skies’
A stark, dream-folk song that juxtaposes being isolated on a beautiful spring day but during dark times, “Blue Skies” is a reaction to the sweeping changes and endless worry brought on by the coronavirus, but it’s also a reminder to be grateful for health and happiness when you have it. Joan Shelley does a lot with a little on “Blue Skies,” crafting an evocative, piercing song from a few simple moments. It’s another master class from one of the city’s greatest songwriters.

Fotocrime — ‘Love Is A Devil’
Since Ryan Patterson dissolved his longtime shape-shifting punk/metal/hardcore outfit Coliseum, his focus has been on the synth-heavy, gothic post-punk of Fotocrime, which just released a sophomore album, South of Heaven. From that record, “Love Is A Devil” is a stand-out track, with a Nick Cave-like darkness threading through it. Patterson’s music isn’t as aggressive as it used to be, but the edge and anger are still there, just reformatted to more seething levels.

Fool’s Ghost — ‘Chasing Time’
Nick and Amber Thieneman create atmospheric, chilling music as Fool’s Ghost that floats and swirls with a calm lightness, while also striking a heavy psychedelic intensity that’s ominous and gloomy. Their sonic nuances play perfectly into “Chasing Time,” an existential contemplation that builds and falls, showing the band’s range and power. The song is mesmerizing and built like a puzzle, hitting with a mixture of precision and mystery.

Rmllw2llz — ‘Alive’
A reflection on a death that he witnessed on tour, Rmllw2llz’s “Alive” is, underneath the tragic elements of the story, about being present every day. While there are things that shake us and change us, “Alive” stresses the importance of appreciating the good times, the people we are surrounded by and the opportunities that we get. Rmllw2llz uses a haunting beat and honest approach to make his point, which is that it’s important to bounce back from life’s turbulence by being thankful.

Quite Literally — ‘Why Can’t You See’
Quite Literally mixes a gypsy jazz swing with modern alt-country sensibilities, blurring the lines between old-timey and forward-thinking. Sometimes they veer more in one direction than the other, and “Why Can’t You See” definitely owes more to the past few decades of the off-Broadway misfit geniuses floating around Nashville’s outskirts than it does to a bygone era. With a rich melody, a narrator that’s on the edge and a captivating storyline, “Why Can’t You See” is a gut-punch of a track and the last verse is a stunning display of down-and-out folk poetry.

Sleep Kick — ‘I Swam Out’
A dream-pop band with a layered approach, Sleep Kick combines subtle psychedelic aesthetics with singer-songwriter heart. “I Swam Out” has a surreal quality to it, like an eerie window into a REM cycle, as the lyrics are both vivid and metaphorical and the music is soothing, yet stormy. There’s something gripping and immediate about the song and since this is off the debut, self-titled album by Sleep Kick, they’re definitely a project to keep an eye on.

Yons — ‘Pull Up’ (feat. Jordan Jetson)
With slick production, dense verses and golden hooks, Yons and Jordan Jetson deliver what has the possibility to headline the local soundtrack to the (hopefully) post-quarantine summer. “Pull Up” is a single from a forthcoming album from Yons, and as you would expect, it’s a lean, dynamic track with sonic twists, incredible vocal cadences, clever lyrics and a sturdy beat. And, maybe most importantly, it’s wildly catchy.

Hazelfire — ‘ihateme’
In 2019, Hazelfire put out genre-bending punk at a hectic pace, chronicling things such as the plight of the starving artist to the dangerous pitfalls of the evil side of the music community. With the ability to shift from contained alt-rock to visceral horror punk to hip-hop, Hazelfire has bounced around issues, thoughts and emotions with transparency and ‘ihateme’ continues that trend. From the brand new, quarantined-themed album eBOY, ‘ihateme’ deals with the dark, destructive thoughts brought on by loneliness.