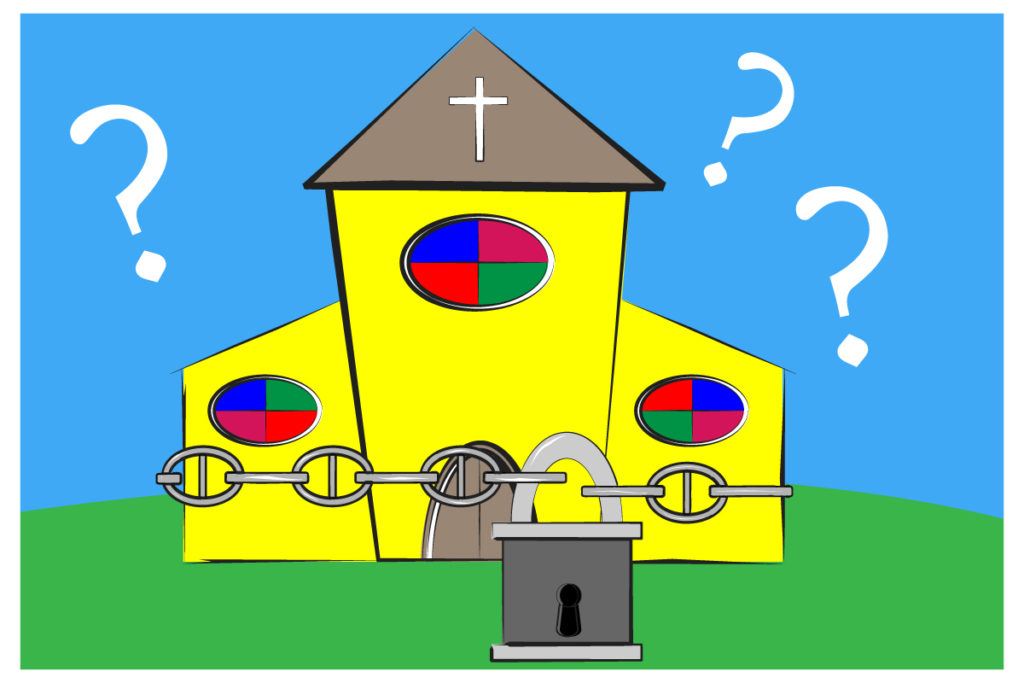 Imagine that you awake one morning, get online and click on your favorite news site. You are greeted by this grisly headline: “Police Seek Death Cult Leaders After Ritual Human Sacrifice.” You read on to discover that these cultists have been rounding up victims to offer up as sacrifices to their God, killing them in indescribable ceremonies (drinking not just proverbial Kool-Aid, but the literal kind) and leaving their corpses on open-air altars. A couple of days later, you are relieved to see that the leaders of the sect have been arrested and charged with murder, only to discover that they are claiming that the Free Exercise Clause of the First Amendment protects their actions, because the government may not interfere with or punish religious conduct.

Your reaction, I hope, would be that their religious freedom claim is preposterous. One person or group’s freedom of religion does not permit them to do harm to others or to be exempt from the application of the societal ban on murder. You would expect that the courts would promptly reject the claim and try the murderers for their crimes.

And yet, this is precisely the claim that too many religious leaders have been making in recent days — that their right to free exercise gives them the right to kill their fellow citizens. Not, of course, in a human sacrifice straight out of a horror movie but by holding services during a pandemic, despite knowing to a point of absolute certainty that people will die as a result. We must treat their argument exactly the same way we would react to the cult: with a firm, “Hell no,” and criminal sanctions.

Mass gatherings (religious and otherwise) spread COVID-19. There is massive evidence of this fact and no proof to the contrary. The dozens of cases and numerous deaths that resulted from a single church revival meeting in Dawson Springs, Kentucky in mid-March is sobering, ample proof of what results when churches insist on conducting business as usual. And it is not just members of the church or those who voluntarily choose to attend who are put at risk. It is everyone they then come in contact with — and it is those people whose lives these church leaders are insisting must be sacrificed on the altar of their religious freedom.

Fortunately, the law is not on their side. The law does not protect anyone’s “right” to harm others. There is no such right under the Free Exercise Clause of the U.S. Constitution, nor in the Kentucky Constitution, nor in the Commonwealth’s Religious Freedom Restoration Act (RFRA). The constitutional issue is simple. The First Amendment protects churches only from government actions that discriminate against them or show clear hostility towards religion. A neutral rule that applies across the board — to all religions and to religious and non-religious entities alike — does not violate the Free Exercise Clause. It should go without saying that Gov. Beshear’s orders barring large gatherings were neutral; religious services have not been singled out. If his orders had permitted concerts to go on at the Yum! Center but prohibited Southeast Christian from holding Easter Sunday services, then we’d have a First Amendment problem. But a nondiscriminatory order that includes religion but doesn’t target it? The Constitution permits that.

These principles are illustrated by the critical distinction between the governor’s neutral orders prohibiting all mass gatherings and the request (treated by federal Judge Justin Walker as an order) issued by Mayor Greg Fischer to refrain from drive-through worship services. Mayor Fischer’s request came under attack by the On Fire Christian Church because, they claimed, it would impose a rule that was not imposed on other drive-through services, such as restaurants. Because of that, the mayor’s request was more vulnerable to challenge. The city would have to show that worship services are different from drive-through services that are permitted, in a way that makes them more dangerous and likely to spread the disease. It seems unlikely the city could meet that burden. A more defensible stance would be to impose restrictions that ensure that any drive-thru service, whether religious or not, is conducted in a way that minimizes the risks and meets social distancing rules.

When it comes to in-person worship, the state’s RFRA does not change things. It requires that if the state imposes a substantial burden on religious practice, it must show that it is necessary to serve a particularly important government interest. That test is more than met by the COVID-19 pandemic. Few if any government interests can be more critical than preventing the spread of a contagious, deadly disease to the point that it overwhelms an already-stressed healthcare system. And it is equally clear that enforcing social distancing is the only demonstrated, effective means at our disposal to accomplish that goal. It is for this reason that our legal tradition has always recognized that governments have the authority to deal with plagues and epidemics by taking actions that might, in other times, constitute massive overreaching by government. It has always been consistent with our fundamental liberties for government to impose quarantines, require mandatory vaccinations and shut down public gatherings of people. The only reason it may seem odd to us in 2020 is because it has been so long since we have dealt with an epidemic requiring such drastic steps — more than a century, in fact.

Sadly, there is a lesson in all of this that goes beyond the question of worship services during a pandemic. We live in a world in which extreme claims to religious liberty have become commonplace. The Supreme Court has accepted the claim of a corporation to have religious beliefs and then to be able to discriminate on the basis of those beliefs. Religious zealots act on their anti-abortion beliefs by bombing clinics and killing doctors. If the current dispute over a claimed religious right to subject members of our community to a deadly virus should teach us anything, it is that — like all other constitutional rights — the right to free exercise of religion is not absolute. Your right to assemble in a church or temple or mosque ends where my right not to be killed begins. Government must and should be cautious in limiting religious exercise, because it is a cherished constitutional value. But it is not the only constitutional value, and it does not always trump competing claims. When pastors and ministers forget that and claim that their religious freedom is absolute and permits them to endanger everyone else around them, they become cultists demanding human sacrifices. It’s a ghoulish claim we must swiftly reject.