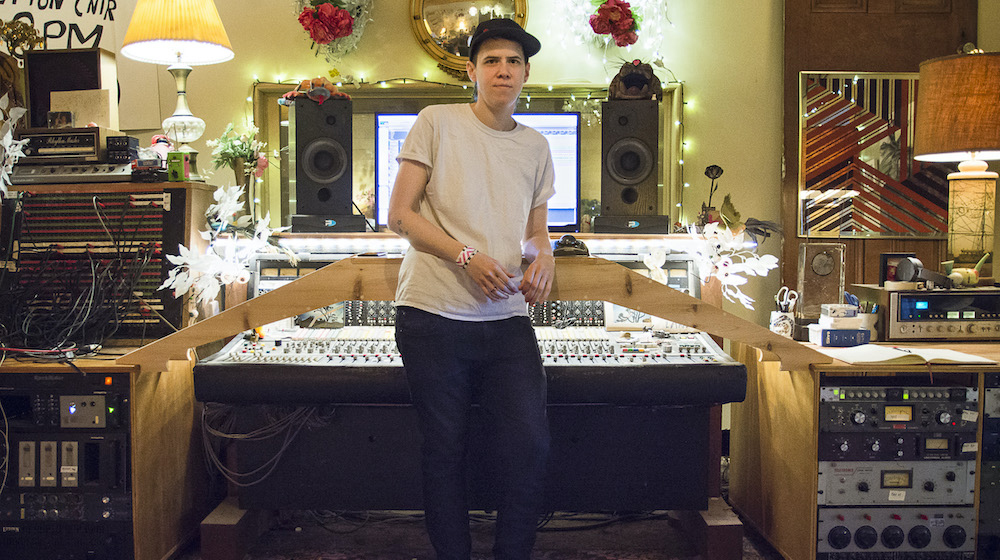 Jaxon Lee Swain and his band were supposed to start recording a new album this weekend at the Lexington Recording Co., but those plans were put on hold because of the ongoing coronavirus outbreak. The five-piece hasn’t been able to rehearse for several weeks, losing the ability to prepare songs, but, more importantly, they thought there was too much of a safety risk.

“From our perspective, it’s not responsible to all get in the room and practice,” Swain said. “At least I feel that way. All the work we were doing was put to a stop three or four weeks ago. It really affects every level of it. OK, even if we could get into the studio, we would all have to stay six to eight feet apart. Even then, we would have to drive separately to go to Lexington. There’s just no reasonable scenario where we can do this and maintain the social distance responsibilities that I think are important.”

This dilemma faces Louisville musicians who planned to record this spring, and there’s not a universal answer or solution. Some professional local studios have stopped all in-person, live recordings, while others are still holding limited sessions with strict measures in place. Some musicians have postponed going into the studio, while others are moving forward. Some people have comprehensive home studios, while others are turning to technology, trying to find ways to digitally collaborate and build songs with limited equipment. Like every other aspect of the music community right now, studio sessions have been negatively impacted — financially and creatively — but there’s also some innovation floating around.

While Swain and company have put their time at Lexington Recording Co. on hold, the band is working on songs remotely, although, without members in the same room, it’s a lot more difficult.

“I’m building a little studio here at my house to essentially make demos, and that might turn into something else — I don’t really know what will happen there,” Swain said. “I’m trying to figure out how to do some collaborations with some people. I know there are some apps that you can use to sort of multi-track — so the bandmates can send parts back and forth.”

Whether or not anything comes out of those home recordings, Swain, who is also the vice president of the local label sonaBLAST! Records, knows that musicians in town will successfully create during this time.

“People will find a way, there’s no doubt about it,” Swain said.

What are local studios doing?

The venerable indie rock studio La La Land — which has recorded Jim James, Joan Shelley, Strand Of Oaks, Ray LaMontagne and dozens of local bands — is still doing select sessions, but several rules were added. Right now, musicians can’t bring guests, bands members must position themselves six feet apart from one another and equipment must be disinfected after each use.

“We’re doing limited in-person sessions, for now, but with a slew of extra safety precautions and doing things remotely as much as possible,” head engineer Anne Gauthier said.

One advantage La La Land has is a massive amount of space. As a single-floor, open-concept building, with barriers in-between the producer, the singer and the musicians, the studio has a lot of room to spread out in.

“We are very lucky to be in such a massive space,” Gauthier said. “Our 2,500-square-foot tracking room has actually always been set up with stations more than six feet apart, so it hasn’t been that much of a challenge to implement these measures in running sessions.”

Although some work is still being done inside La La Land, there have also been a lot of schedule adjustments.

“Seems to be week by week right now as to what people are wanting or not wanting to do, also depending on what the different state guidelines are — all of my out-of-state sessions for next month got postponed, but I still have some local things this month,” Gauthier said.

‘One of the most intimate occupations’

Downtown Recording is currently doing no in-person music sessions. Leon Russell, Willie Nelson and Cat Power have recorded at the Fourth Street studio, but the company also specializes in commercial and other advertising work, much of which can be worked on remotely. Since the middle of March, Downtown Recording has been mostly chipping away at long-term projects, because owner Nick Stevens feels there’s too much danger bringing people in.

“Working in studio with people is very intimate, probably one of the most intimate occupations  there is — everyone is playing an instrument in very close quarters,” Stevens said.

Stevens said that he’s received numerous requests from people to record, sometimes solo, but he thinks it’s best to wait until things settle down.

Dave Chale, owner of DeadBird Recording Studios, also suspended in-person recordings about two weeks ago. Currently, he’s catching up on mixing a few albums, which he can do by himself, but he worries that after those projects, it’s going to be hard to generate income. The implications of the larger economic downturn is going to trickle into local studios, especially since a lot of local musicians work in the service industry, he said.

“After the peak goes through, maybe at that point — we obviously can’t have a huge band in here — but we might be able to do a three-piece, as long as we’re obeying whatever the rules are [at that time],” said Chale. “The other half is that most of the people that are paying for studio time are generally working at restaurants, bars and a lot of them don’t have jobs now. Actually, one of the bands had to pay me less than what they owe because one of the guys lost his job. All of that kind of stuff is going to be more impactful in the coming months.”

Home studios: effective, not the same

Romell Weaver, who records under Rmllw2llz, has been building his home studio for a while now, and it’s allowed him to be extremely productive during the pandemic. He finished a new album that he’ll release in July, and he also recently completed several feature verses for songs by other artists scattered all across the country. He even started another, unplanned EP. He understands that it’s not possible for everyone to have access to top-tier equipment, but he encourages other artists to have something that allows them to create and share.

“I highly recommend that if you’re an artist, and you’re doing any genre of music, you should have some way to record vocals, even if you go out and spend $500 on a little setup, to make sure you can record some vocals and send them out,” Weaver said. “You don’t have to spend $5,000, or $100,000, you don’t need all that.”

Weaver has also experienced setbacks. He had to postpone a six-day tour in California. And while he’s been able to work on some solo and group projects, Weaver also said “it’s kind of wrecking the collaboration train.”

“I’m just really trying to stay productive in the midst of not being able to get together with people and actually create and draw their passion and energy and ideas,” Weaver said. “You can still do it to some degree, remotely, but it’s such a better vibe when we’re all together in one room, or one space, creating.” •