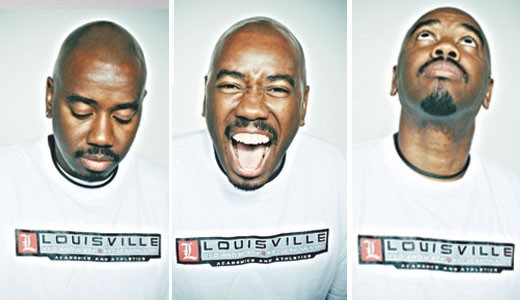 The question is simple: “The coronavirus is the latest situation that shows how the long history of racism has damaged Black people in America, but when reparations are brought up — crickets. Why?”

From Father Divine to Yvette Carnell and Antonio Moore to the brilliant Sandy Darity, even reasonable ideas on reparations are never given serious attention when presented. It will remain that way unless America is somehow forced to do otherwise.

Because America doesn’t really give a damn about Black people and their suffering. It’s just that simple.

COVID-19 has prompted understandable questions about everything from the viability of America’s healthcare systems to financial structures. Maybe the U.S. is (and has always been) a sham, a lie held together with spit and sticky tape. I don’t know if America is broke financially, but I am quite sure it is broken morally. The ongoing effects of the country’s “second sin,” the enslavement and continued mistreatment of Blacks, shines a bright light on that fact. (Note: America’s “original sin” was the robbing, demonization and slaughter of Native Americans).

A late 20th century moment that illuminated the width and depth of starkly disparate Black and white American approaches to race was the trial and eventual acquittal of O.J. Simpson. Ezra Edelman’s masterful 2016 documentary “O.J.: Made in America” recounts the white-hot reactions across lines of race when Simpson was freed in 1995. Despite the fact that Simpson was a race traitor of epic proportions, Blacks were jubilant. Whites, by and large, were appalled.

Director and screenwriter Peter Hyams, who directed Simpson in the 1981 film “Capricorn One,” didn’t understand it. He opined, “I think the Black jubilation was very offensive and very hurtful. The news footage of African Americans cheering and whites crying, it put a huge red line across American society.”

Hyams’ observation that whites were “hurt,” and the Simpson situation somehow created a “huge red (racial) line,” was an odd assessment. With straight faces, Hyams and others obliviously offered differing versions of, “I had no idea Blacks felt this way about us and we didn’t deserve it.”

Back in the real world, the red racial line and animus had always been there for Black people. Hyams’ and others’ privilege and supremacy simply afforded them the luxury of ignoring the suffering right before their eyes.

From the Black point of view, the celebrations around Simpson’s victory and their ever-present rage are completely explainable. Let us consider my “allegory of the roach” to drive the point home. What if we could talk to roaches and ascertain their feelings about human beings?

If asked, “How do you feel about humans?” a roach would probably respond, “Are you serious? We fucking hate them! We’re constantly persecuted by them. They kill us indiscriminately. Do you know how many of my friends and family members humans have crushed underfoot without a second thought? We try to stay out of their way, but that’s impossible. There are too many of them.

“Every now and then, one of us can go through a little-known, transformational process so we can pass as human. They leave those types alone for the most part, because they aren’t perceived as threats. Sometimes, like that human O.J. Simpson did, one of us beats the system and gets away. But, that’s rare.

“The majority of us are scrounging and suffering. We sneak out at night for food, because we’re starving. Even then, they come, they chase, they kill. We mean them no harm, but they revile us. They act as if we don’t have a right to exist. Sometimes, I think they won’t be happy until they’ve exterminated us all. It has always been this way. And you’re gonna sit here and ask me if I have a problem with humans? You’re goddamn right I do! If you were me, Us — you would, too!”

The majority of whites will never be open to reparations for Blacks. It’s not a question of resources and that propositions are untenable because there is no money. They simply feel there is no need for repair or recompense.

Because racism and supremacy prompts many whites to see Black folks as an exploitable, human sub-species to labor, entertain and be discarded. Others don’t see them as human at all. Therefore, the generational toll Black people have paid and continue to pay for simply being Black is not a problem that merits their attention.

Though all whites benefit from white privilege and supremacy in one way or another, all are not racist or supremacist. That said, there are more than enough who are. In fact, racism and white supremacy run much deeper in America than people are willing to admit.

It bears repeating again and again and again — structural racism and white supremacy are long-standing global pandemics that have politically, socially, economically, psychologically, spiritually and physically destroyed millions upon millions of lives. Sadly, there is no vaccine or cure in sight.

At the end of the day, reparations will never be paid in a society afflicted by such a plague — for roaches don’t deserve them. •

Dr. Ricky L. Jones is a professor and political philosopher with degrees from Morehouse College and UK.