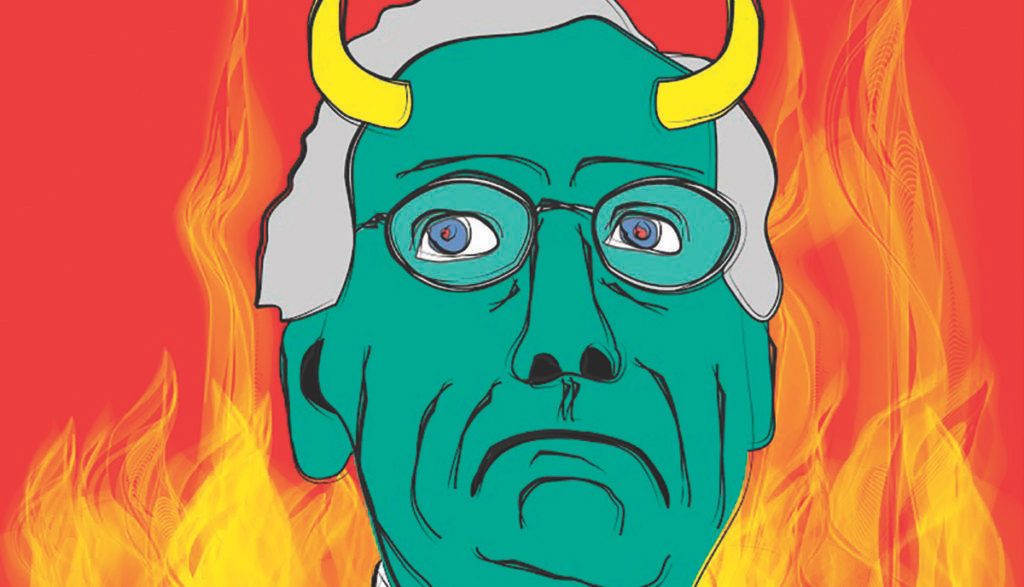 It’s a time for us to be apart literally and a time to be together figuratively. But politics long ago moved mainly to the figurative battlefield, and we shouldn’t expect its divisiveness to take a holiday even in a deadly pandemic. And now the crisis itself is an issue.

Two weeks ago, Senate Majority Leader Mitch McConnell’s campaign manager was calling on his likely Democratic opponent, Amy McGrath, to stop her “deceitful” ads because it was “tasteless and shameful” to air “negative political advertising” during such a historic crisis. And this space said it wasn’t a good look for her.

But McGrath raised the ante, saying in a radio ad that McConnell “shut down the Senate in the middle of a pandemic and disappeared.” Then, she said likewise in tweets, one citing a point made by Washington Post columnist Jennifer Rubin.

But Rubin’s point was off base, giving McConnell an opening. He replied with a TV ad saying, “Amy McGrath uses this crisis, spending millions on false, partisan attacks. McGrath fuels fear with lies even liberal newspapers call false.” As documentation, it listed “The Washington Post, 3/17/20.”

That was the date of the Rubin column that said the Senate’s failure to vote immediately on an early coronavirus relief bill “was emblematic of the sloth and irresponsibility” of McConnell. The Post deleted that line and topped the column with a correction: “The bill was delayed due to procedural issues in the House and a vote on an amendment sought by Sen. Rand Paul.”

So, Rubin, and McGrath were off base, but so was McConnell. His documentation hung “millions of dollars” and “newspapers” on one tweet, citing one newspaper correcting its own error.

Long ago, McConnell liked to dispense this advice for candidates: “When you’re hit with a pebble, respond with a boulder.” But not too long after that, he perfected the art of transforming a pebble into a boulder. That ad was just the latest of many from him that has done so. They seem to work. (McGrath has backed off, running ads about her efforts to help with the crisis.)

Now McConnell is making political hay with the latest virus-relief measure. His latest ad declares that he “brought our country together in a unanimous bipartisan vote” for “the biggest economic rescue package in history.” He deserves credit for doing his job, but credit for that very heavy lift is to be shared with Democratic leaders and Treasury Secretary Steven Mnuchin.

It’s no surprise that McConnell is playing politics, but it was somewhat surprising to hear him say that President Trump’s impeachment trial “diverted the attention of the government” from the threat. It was an implicit admission of Trump’s mismanagement, which is killing people. And it was also surprising to hear Trump say, “It probably did,” though he said it didn’t hurt his performance.

McConnell’s excuse is lame — the buck stopped with Trump and he had plenty of warning — and it doesn’t wash. Trump’s trial ended Feb. 5; on Feb. 10, he said “We’re in great shape” with the virus. We weren’t, because there were problems with the test developed by the U.S. Centers for Disease Control and Prevention, the Food and Drug Administration wouldn’t allow private labs to provide tests and Trump didn’t seem to know what was going on. On March 6, he falsely claimed that anyone who wanted a test could get one.

The list of perfidy goes on and is long enough for a whole column. We don’t know how this will play out come November, but McConnell seems to see vulnerability for Trump, which translates into vulnerability for Republicans’ Senate majority.

Politics aside, governments at all levels must deal with the crisis and those who run them are having to make some tough decisions. Leaders of the General Assembly have put off a tough decision: which pending bills they will pass when the legislature returns April 13 to reconsider.

They stuck to budget matters last Wednesday, but several worthy bills are hanging fire. One that shouldn’t wait is a constitutional amendment to lengthen terms of prosecutors and district judges to facilitate a redrawing of judicial boundaries. The next chance to do it, due to the current election schedule, is 2030. And a remap is already long overdue. Take care of business. •