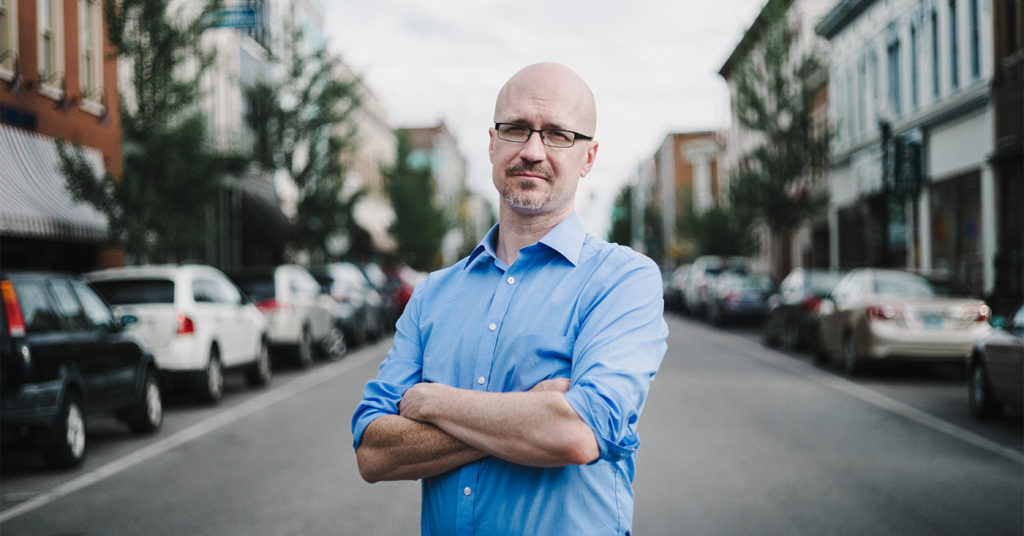 My stimulus check is gone. Despite the prediction by Treasury Secretary/second-string-Austin-Powers villain Steven Mnuchin that a $1,200 payment would carry us through 10 weeks (10 weeks!) of LARPing the “Book of Revelations,” mine was burned up in a few hours.

Don’t fret; all the money went to a good cause. I spent it on products sold by Amazon dot com. What kinds of products? It doesn’t matter. What matters is that the money went to Amazon and therefore toward what I hope will be the nation-state of New Amazonia.

Incidentally, in 1889, a delightfully pretentious British suffragette named Elizabeth Burgoyne Corbett published a delightfully awful science fiction novel called “New Amazonia.” In it, the narrator smokes hashish, which naturally transports her to 25th century Ireland. There, as a direct result of universal suffrage, a race of giant, perfect women rule over what is then called — you guessed it — New Amazonia. An elder stateswoman explains: “Health of body, the highest technical and intellectual knowledge and purity of morals has ever been the goal aimed at in New Amazonia and it can to-day boast of being the most perfect, the most prosperous and the most moral community in existence.”

I do not expect this sort of utopia out of the New Amazonia that my stimulus check went to help fund. Amazon tends to be a bad corporate citizen, and there’s no reason to think that an Amazon-run government would be less ghastly than the average res publica. But if I had infinite space in this column, I could tell you some stories about America, too. Suffice it to say: The U.S. is also a bad corporate citizen. The federal government’s not-delightfully incompetent response to COVID-19 underscores the point. Why shouldn’t we be in the market for a new sovereign?

There could be hidden advantages to being wholly owned by a single megacorporation, too. On the blood-soaked hamster wheel that is America, we’ve outlived our usefulness when we can’t sell our labor anymore. But in New Amazonia, we’d be useful to the ruling class as long as we can consume media, pantry items, gift cards and so on. I don’t mind the thought of spending my final days writing cantankerous reviews of Pokémon cards or whatever widget I’ve decided to have delivered in minutes to my doorstep. Beats working. And I have to think that New Amazonia would be wildly inclusive, welcoming immigrants, Muslims, trans folks, Duke fans, political dissidents or anyone else, so long as they did plenty of online shopping. You’re a convicted sex offender? Well look, you’re going to have to watch “Guava Island” twice and give it a five-star rating, but then you’re in. Fall in line early, I say. As a member of the Founding Patriot™ program, I’m hoping for a top position in the Whole Foods™ Cabinet, or the Department of FanFic Management™.

Laugh now, but a government run by a private, for-profit corporation is not that far fetched, even within the United States. The Walt Disney Co., for example, owns a sizable municipality in Florida; one that can make its own laws, sell bonds and everything else a city can do. Just imagine: If Disney up and decided to conquer Orlando (or hell, all of Florida), how do you think that would work out? Who would win? My money’s on the mouse and his ruthless squad of costumed dancer-assassins.

The federal government won’t give up the ship without a fight, of course. We defectors to New Amazonia will need to be ready to get on our couches and fight. We’ll have box after box of ammunition delivered in 24 hours or less, around-the-clock drone protection for Prime members and low-cost 3D printers to make the guns of the revolution. Put ‘em in your cart or use one-click buy if you need ‘em in a hurry. Ask Alexa (nicely) to keep an ear out for spies. If your blast shield doesn’t work, just drop it off at Kohl’s within 30 days, no questions asked. Your military successes will be awarded not with useless uniform decorations, but with points that you can exchange for merchandise that gives meaning to your existence.

Then again, the New Amazonian revolution may end up a bloodless, conciliatory whimper. When Amazon was looking for a spot for its second headquarters, cities lined up to give them billions of dollars in incentives, employees paid for with public funds, dedicated subway cars and more. A Georgia county offered them land to build “Amazon City,” and Fresno offered to give the corporation joint control of 85% of all the city’s tax revenue. Save for a handful of idealistic psychopaths, it seems nobody really wants to drive this rickety carriage we’re in. It’s just a small matter of the invisible hand handing the reins to a driver who will mostly keep us on the road.

Like every American worth their salt, I relish the opportunity to select the lesser of two evils. And as between these two, which is more harmful: the state that deposes democratically elected heads of state to make way for violent, fascist dictators? The one that indiscriminately rains bombs on civilian children and foreign dignitaries alike? The one that allows its citizens to go bankrupt/die for the high crime of getting sick? The one that locks up more people in cages for more things than any society in human history? The one that steadfastly refuses to guarantee vacation time, sick leave or parental leave despite being far, far behind the rest of the civilized world by every conceivable metric? Or the proto-state that wants you to lie around all day binge watching “The Marvelous Mrs. Maisel” while you order mountains of shit you don’t need? (You know who you are and I know you’re reading this. Honestly, another fucking stand mixer? Where are you going to put that?)

I can see a future beyond the pandemic; one where we work from our prefabricated homes, all of which have the same purple, thatched roof and the same toothpaste-green swimming pools; where we all get the same news from The Washington Post, delivered in Alexa’s calming monotone, before settling into hours of preselected programming on our Fire TV Sticks; where we read to a new generation of consumers by the warm, blue-light-free glow of a gently used Kindle. It sounds so uncomplicated, so predictable and so freeing. Mrs. Corbett’s observation in New Amazonia is as pertinent now as it was in the nineteenth century: “independence is a dreadful bugbear, which every lady ought to shun as she would shun a mad dog or a leper.” Hail, hail, New Amazonia! •