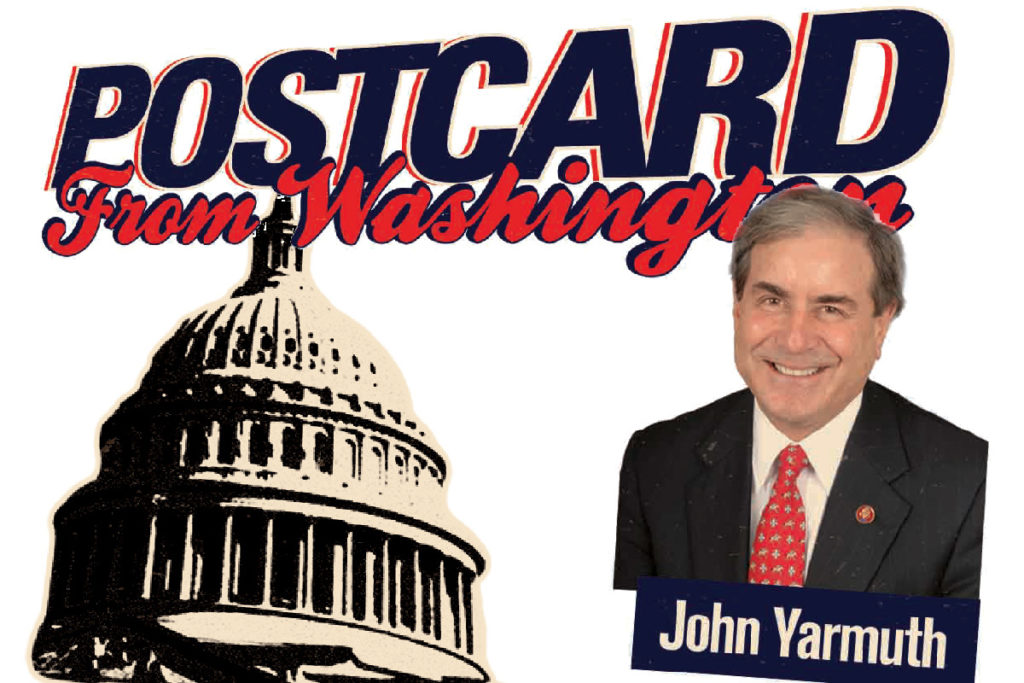 Spoiler alert: This column ends with a formal endorsement of Joe Biden for president.

I know, you are shocked. After all, I am a Democratic elected official. I voted to impeach Donald Trump, Biden’s opponent. I have publicly called Donald Trump unstable, nuts, crazy, a criminal, a threat to our democracy and most every other name I could think of. I sincerely believe he has been the worst president in U.S. history and that the country as we have known it will not exist if he is elected to another term. How could I not endorse Joe Biden? Hell, even Bernie Sanders has.

Of course, I must.

But, I do it with affection and respect and with a sense that he is exactly the person we need at this point in American history.

I was a staffer when Biden came to the Senate as a 30-year-old widower in 1972. Even then, he was an affable, funny, humble guy. He became good friends with my boss, Republican U.S. Sen. Marlow Cook.

Fast forward 40 something years. Cathy and I are at the White House congressional picnic, an annual, bipartisan event for about 1,500 members of Congress and their families around July 4.

This particular year, the picnic took place a few days ahead of a well-publicized golf match pitting Obama and Biden against House Speaker John Boehner and Ohio Gov. John Kasich.

Typically, Biden, the vice president of the United States, was strolling around the south lawn looking for conversation. He saw my group and stopped to talk.

“Are you ready for the match?” I asked him.

He said he wasn’t, and we talked golf for a few seconds. Then, I remembered his relationship with my former boss.

“You wouldn’t have any reason to know this, but Marlow will turn 85 in a few weeks,” I said.

He called his aide over and asked him to make a note to send birthday greetings to Cook. Then he paused and he looked back at me. “You wouldn’t happen to have his number?” he asked.

“I might,” I said, taking my phone out and scrolling through my contacts, finding the number.

Biden reached out, took my phone and hit call.

Luckily, Marlow answered, and the two reunited for about five minutes. I couldn’t hear much of the conversation, but it ended with Biden saying “love you” and handing the phone back to me.

Cook was still there, and he said to me, “You made my year.”

“I had nothing to do with it, boss. That was all the vice president.” I said.

About 18 months later, we were at the White House Christmas party, a similar event where those same 1,500 people squeeze into the first floor of the presidential residence. Biden was roaming again and found me. “How’s Marlow doing?” he asked.

“You mean now?” I asked skeptically, thinking about the shoulder-to-shoulder environment.

So, I pulled out my phone, located the number and handed it to Biden. He took it, walked over to a corner and spent 10 minutes talking to his friend for what would be the last time.

Anyone who has known Joe Biden knows that these episodes are the rule, not the exception. He is a man who cares deeply about people. He wears his heart on his sleeve. He feels life and the lives of others. He could be the dictionary definition of empathy.

But Joe Biden is more than just a great guy. He spent 36 years in the Senate and eight as vice president. He has a grasp on every policy question that a president must face. I have been in briefing sessions with him, and he is able to digest and synthesize the most complex situations, whether foreign or domestic.

He is arguably the best prepared presidential candidate in American history.

And as a big bonus: He is not Donald Trump.

I enthusiastically endorse Joe Biden for president of the United States. •