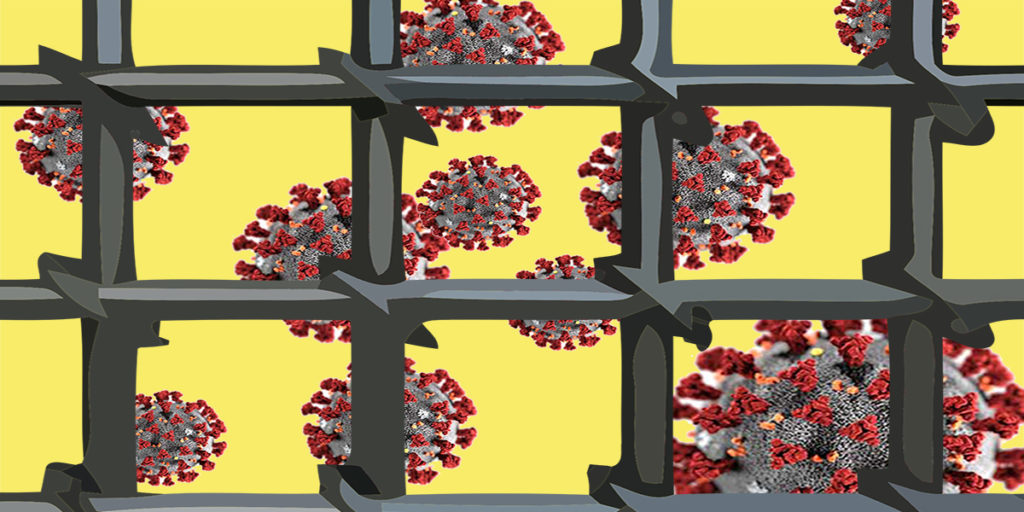 As the number of COVID-19 cases in Kentucky continues to increase, all of us across the Commonwealth are rightly being asked to consider the needs of the most vulnerable people in our communities. Kentucky’s leaders must extend that same consideration to a uniquely vulnerable group: incarcerated people.

In correctional facilities, access to basics such as soap and hand sanitizer is limited. Further, the advice those of us on the outside are receiving about social distancing is impossible to follow, because facilities statewide are chronically overcrowded. Just like schools or libraries — which have closed to reduce the spread of COVID-19 — jails and prisons are incubators.

That’s why The Bail Project Louisville, Louisville Showing Up for Racial Justice (LSURJ) and other Kentucky organizations have called on officials to free incarcerated people, including people who sit in jail simply because they cannot pay bail. While some releases are happening, Kentucky continues to fall far short of what’s needed to protect inmates, corrections workers, and families. Reducing the population of jails and prisons is essential for preventing further infections — not only within their walls but also in the wider community. This is both a public health emergency and a justice issue.

The majority of people in the downtown Louisville jail are incarcerated because of bail. They are awaiting trial and by legal standards, are presumed innocent. Imagine that you haven’t been convicted of a crime, yet you’re stuck in jail — separated from your family in this time of extreme concern about the health and safety of loved ones. And this is all because you don’t have enough money on hand for bail. If you did, you would be able to purchase your freedom.

In regular circumstances, cash bail is an injustice, one that disproportionately impacts people of color, immigrants, and all who are low income. In the context of a pandemic, cash bail is an outrage. Both incarcerated people and corrections employees are at high risk for infection. COVID-19 cases have appeared at correctional facilities in Illinois, Georgia, California, New York, and Texas, among others. The Indianapolis Star reported last week that a worker at the Marion County Jail tested positive for COVID-19, and during his March 29 press conference, Governor Beshear confirmed that two administrative staff at the Green River Correctional Complex in western Kentucky tested positive.

Elected officials, from Governor Beshear and Mayor Fischer to judges and prosecutors, must act boldly to save the lives of people in Kentucky’s jails and prisons. Releasing those who are incarcerated just because they can’t pay bail is one step, as is being transparent about what actions are being taken to ensure health and safety inside correctional facilities.

As noted above, we have seen some progress. The overall population of county jails statewide has decreased by 28% in the past two weeks. In Jefferson County, an extra court docket has been added on Saturdays to process requests for bail reduction and probation, and district court judges are releasing more defendants at arraignment. Prosecutors, public defenders, private attorneys, and Metro Corrections officials have worked together to review cases and release people from the downtown jail. On March 26, the jail population was 1533, a 17% decrease from the end of January. This is good news.

However, LSURJ and The Bail Project continue to advocate for further action and more releases. We hear the clock ticking — and so do Kentucky’s leaders. The Chief Justice of the Kentucky Supreme Court, John D. Minton, Jr., issued a strong statement to his colleagues on March 20. “We know what a potential disaster this could be,” he wrote, “and it’s our responsibility to work with jailers and other county officials to safely release as many defendants as we can, as quickly as we can.” •

Jessica Reese and Sonja de Vries are members of Louisville Showing Up for Racial Justice. Shameka Parrish-Wright is the Site Manager of The Bail Project Louisville.