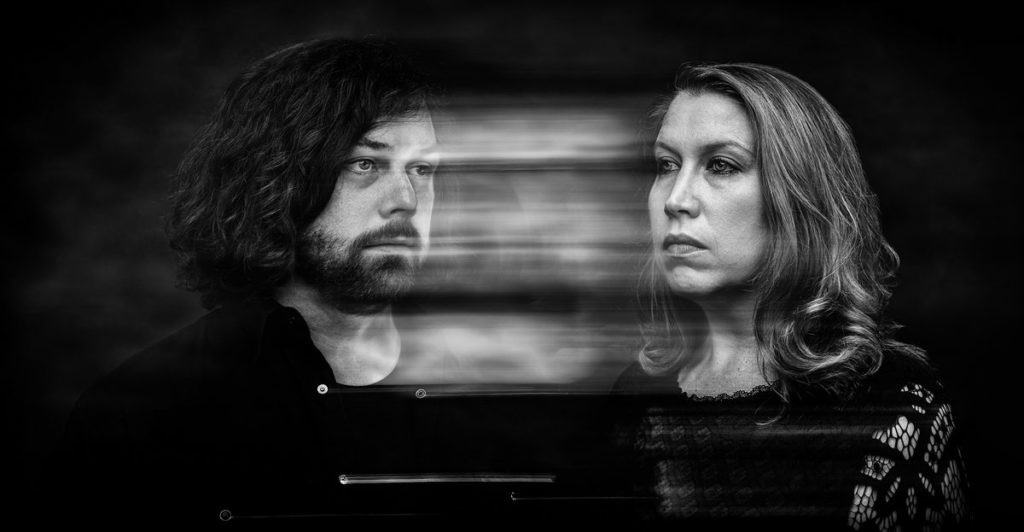 Ryan Patterson played a concert in San Diego on March 13, the day his latest album under the moniker Fotocrime was released. The next day, he flew home to Louisville, cancelling the remaining shows on the tour because of the rapid spread of the coronavirus. That album, a haunting, post-punk full-length called South Of Heaven, had its release cycle come to a screeching halt. A year of writing and recording, tour logistics and promotion plans, the preparations to get South Of Heaven to a wider audience, all seemed to vanish. But, after a visceral initial reaction, the loss of the record’s momentum now seems like a distant problem.

“My immediate emotional response, it just felt crushing,” Patterson said. “That hope that you hold onto as an artist was kind of being squashed. It’s honestly a little hard to tap into because it already feels like a lifetime ago. To think about my record in the current state of the world, it’s just so small scale. It’s really hard to bemoan my life when I’m healthy and I’m OK, and I’m safe.”

Local musicians who are releasing albums during the pandemic are finding themselves in tricky and complex situations. Some, like Patterson, have had to abandon months of preparations, losing opportunities, but they are also more concerned about the larger health and economic situation. Some artists are weighing whether to keep a current release date — getting music out to people who are stuck at home — or push back the date and wait for a release show that will get them in front of an audience, which, in turn, would most likely move more physical copies of a record. No two situations are the same. But, they all have one thing in common: Anyone releasing an album this spring has had to restructure their plans, because the coronavirus has dismantled album releases. And there’s no definite time frame for how long that will be the case.

It’s something Jaxon Lee Swain has been thinking a lot about. As the vice president of Louisville label SonaBLAST! Records, Swain is in the midst of helping several local artists navigate album release plans during this time.

“It’s kind of project to project, because every artist has different goals and different places they’re trying to hit, whether it’s publicity-wise, or on the road, or whatever,” Swain said. “I feel horrible for so many artists that we work with, and our whole arts community that’s kind of at a standstill with live performances. That’s been the biggest kink in the system as far as changing how we’re going to do what we’re going to do and when we’re going to do it.”

Although Swain said that live performances are usually pivotal to local record releases, he also said this is also a moment when people are looking to consume music, and that’s why it’s a case-by-case basis.

“We have no problem with getting stuff out, getting records out,” Swain said. “I love doing that because it gives people something to listen to, but if that’s going to pose a bigger problem in their album cycle, then that’s an issue we have to deal with as well — like maybe try to renegotiate our attack on the release.”

Staying on track at a distance

Belushi Speed Ball was one of the bands on SonaBLAST! Records that decided to keep their record release date. The thrash metal band dropped a three-song EP, This Is What We Look Like, on March 28. There was a planned release show at Kaiju, but that was canceled weeks ago with plenty of time to push back the date. Belushi Speed Ball decided to do a livestream of the album on Facebook instead. They couldn’t play it live in front of a webcam because they live in apartments, so they improvised, using the studio audio, and a lot of artistic liberty, creating something closer to a music video. It’s strange, entertaining and very on-brand.

“We prerecorded it because our fear was that come March 28, we actually couldn’t get together at all,” singer Vinny Castellano said. “So, we decided to prerecord it, and then I livestreamed it off of a VHS copy of it, which is, you know, fitting to the band.”

Belushi Speed Ball is primarily a live band. They have a concept for every show and do things such as spray the crowd with Silly String and load up a bunch of candy into a fertilizer spreader. But, they decided to move forward with the release, despite not being able to deploy their usual antics.

“I don’t think the best decision is to wait on releasing anything,” Castellano said. “I think we should continue releasing music because right now, especially with people being locked up in their homes, that’s what they really need. They need that in their lives to feel normal. They need that music.”

Using the downtime to expand

Vice Tricks canceled their single release show that was supposed to take place on March 13. That song, “Rude Awakening,” was still released on streaming services, but the band planned to include it on a forthcoming EP. That EP now might turn into a full-length album if they can safely get each member to record in bassist Verity Vice and guitarist/vocalist Jeremy King’s home studio.

“We might just sit down, one person at a time — get the drums down, then plug in the guitars and whatnot — so we might just go ahead and do a whole album,” King said.

“I think this is forcing everyone to find creative and inventive ways to deal with this situation, and continue with making music,” Vice added. “It’s going to be fascinating how that all plays out for each individual performer.”

Vice Tricks is trying to make the best out of the situation, but they also realize it’s going to be rocky few months.

A long wait, a tour gone

Nick and Amber Thieneman, the couple behind the band Fool’s Ghost, recorded their album, Dark Woven Light, almost two years ago with Kevin Ratterman and Anne Gauthier at the local studio La La Land. They held onto the record to shop it to labels, and they eventually found a fit on Prosthetic Records, the venerable Los Angeles company. Dark Woven Light dropped on March 20, and Fool’s Ghost was supposed to join Fotocrime on the road for a little over two weeks to promote it. Usually the Thienemans perform as a duo, but for this run of shows, they brought on two new members, and have been rehearsing as a four-piece since early February — more time and energy lost.

“You’re working toward this moment, and then you just get the wind knocked out of you by it,” Nick said.

In the grand scheme of things, they know there’s bigger issues at play, but years of work by Fool’s Ghost have just been thrown into chaos. It’s a strange juxtaposition for artists: on one hand, it could be worse; on the other, this is a pretty big hit.

“There’s not much you can do in these kinds of situations,” Nick said. “Really what it is, is our troubles versus the world’s. What’s the bigger issue here? There’s a lot of bigger problems happening in the world, so I don’t want to sound like I’m having a pity party or anything like that, but it’s not fun to have to work toward something and then have it taken away from you when you have spent and invested so much time. And we only have so much time to give per year. Our schedules are intense. And we have an 8-year-old son.”

Singer-songwriter Carly Johnson was scheduled to release her debut full-length, Pink & Gold, at Headliners Music Hall on May 15, but both the album release and the show are going to move to the late fall. With a vinyl being pressed and a mainly local fan base, she feels like a release show is too important to bypass.

“I feel like my record in particular, with the type of audience that I have, it’s such a huge Louisville base, that it really just needs a live concert with it,” Johnson said. “I feel like if I put it out in May, especially, at this time, when there’s a lot of uncertainty, I think it would get lost.”

Although the album is on hold, Johnson knows that people are bored and looking for new music. So, she has multimedia plans for singles from the forthcoming album and a few older songs.

“I do want to be productive in the mean time, and put as much content out as I can by doing some kind of music videos, that artistically don’t at all involve live action — people getting together and being filmed,” Johnson said. “I have a couple music video plans in the works.”

To circle back to Ryan Patterson: The longtime local punk and indie veteran — maybe best known for his band Coliseum — has spent the last few years trying to build up Fotocrime, the synth-heavy, gothic project that just released that aforementioned second album. He toured Mexico right before the domino effect of cancellations. The North America dates are off. And his string of summer shows in Europe doesn’t look promising. One of the hardest things for him is that he can’t bring the songs from the record in a live setting to friends and strangers across the globe, but he said that people have still been letting him know that they’re listening.

“I’ve had a lot of direct, really personal interaction with people via email and comments, and messages and things like that, about the record,” Patterson said. “People are definitely really connecting with it, and somebody told me yesterday that they put it on when they went for a walk. And somebody sent me a video of them listening to it when they were cleaning out their garage. And things like that. I do think music is essential for times like this.” •