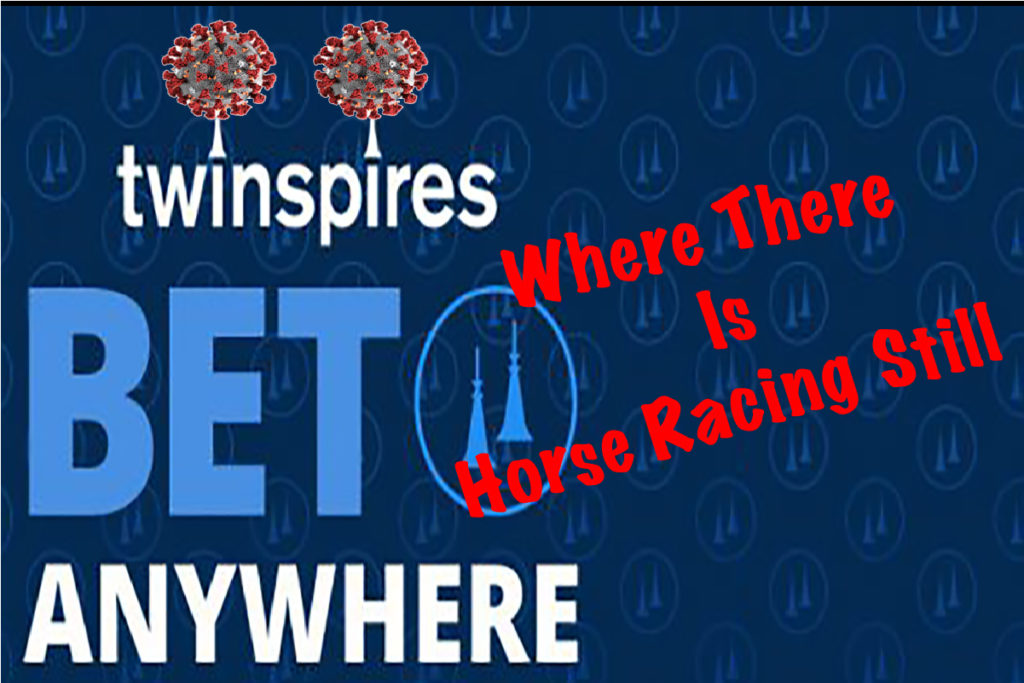 Sports betting options are currently thin, leading gamblers down strange rabbit holes such as email-chain NFL draft betting pools or slobbering at the crashed stock market like some sort of Patrick Bateman clones, but if you’re a degenerate looking for live action, never fear — horse racing is somehow still out there happening. Just not on Kentucky tracks, which currently have no timeframe of reopening.

A quick look at TwinSpires, which is Churchill Downs’ wagering app and accepts bets on various tracks across the world, shows races today in Arkansas, Oklahoma, and, you guessed it, Florida, a state that basically always seems three weeks away from becoming a scene from “Escape From New York,” even in normal times.

Although those tracks are racing without crowds, it’s still proven to be a remarkably reckless idea, with a star jockey already testing positive for COVID-19… and allegedly he still wanted to race because he was able to run three miles. (I would also imagine that if you fly off of a horse during a race, break your leg and have to go to the emergency room for that during a pandemic, the medical staff is not going to think super highly of you.)

Meanwhile, Kentucky, a horse racing capital, has been cautious and smart, keeping tracks closed, something that has caused a bit of political tension, with Kentucky Senate Majority Leader Damon Thayer calling for racing to resume, but Gov. Beshear has remained staunchly opposed to gatherings of any kind that could spread the virus. During his April 3 daily update, Beshear was asked if he would consider letting tracks open without crowds, and this was his response.

“At least as long as we are seeing an escalation, you would still have groups of people that would have to come together to make that happen. It would be the same thing as the NBA, which is being canceled right now. So, while there might be a point, hopefully when we see cases going down, where that’s something that we could consider. Right now, we shouldn’t be getting people together for any reason whatsoever.”

Even the fate of The Kentucky Derby — which was moved from its usual first weekend in May to Saturday, Sept. 5 — is still uncertain. And if it does run, the smart money is that it will happen without fans or very few. In a livestream yesterday, Louisville Mayor Greg Fischer said this:

A lot of us miss sports, and the debating, gambling, storylines and mathematics that goes with it. But, we’re probably not that far out from a phase where sports will resume but in a limited capacity without fans. The mass gathering part could take a while, but gambling will be back soon. So, let’s not push it too hard: How is someone’s life worth our adrenaline rush?