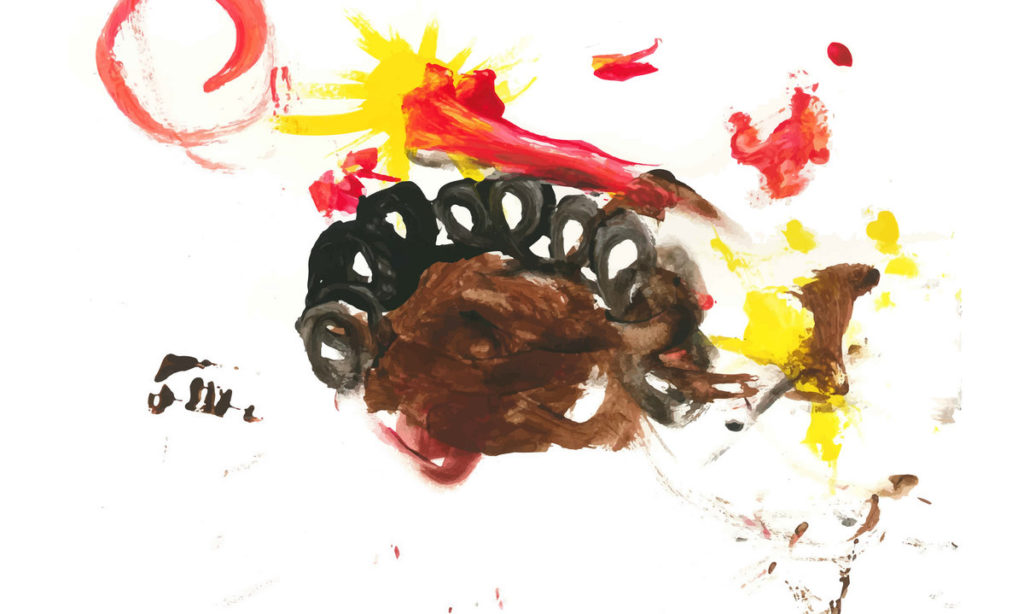 There definitely isn’t a shortage of Louisville albums from the last few decades to revisit, and this isn’t by any means a complete list — or a ranked one, for that matter. Lists, in my opinion, can be extremely annoying and vapid, especially those that just try to start arguments, or they can be a roadmap to discover something new or a reminder to revisit something important. This is just a snapshot, but hopefully it reconnects you with a few great albums from the city’s rich history.

The members of Squirrel Bait became incredibly influential on the Louisville scene and beyond, both for the music they made throughout the ‘80s and for the future projects every one of them would go on to start after the band ended. Squirrel Bait twisted the sort of hardcore and punk coming out of Minneapolis into forward-thinking, pre-grunge indie rock, channeling a visceral familiarity with a sharp complexity. Skag Heaven is a balancing act between heavy and melodic, slick and experimental, rage and thoughtfulness. And it all holds up so well.

In the late ‘80s, members of Squirrel Bait and Maurice went on to form Slint, which broke up a few months before the release of Spiderland, an album that eventually became an underground bible. It was the The Velvet Underground & Nico of its era, in a sense: It didn’t land on any charts, but it changed how a generation of angry art kids perceived music. With spoken word that erupts into explosions and haunting, off-the-wall structures that sway with unpredictability, Spiderland feels like a novel and a nightmare. It’s as mysterious as it is piercing, and, even though it inspired a legion of bands, it still sounds unlike anything else.

Will Oldham’s first album under the Bonnie “Prince” Billy moniker is packed with poetic puzzles and deep sincerity, flourishes of experimentation and eccentricity, single lines that stick with you for days and songs that you pull different meaning from every time you listen to them. The title track, famously covered by Johnny Cash, is an intense, slow-moving story-song, the outline vaguely sketched out, with the best details just beneath the surface — it makes you fill them in, guessing the history and outcomes of the characters, but the ambiguity also transports you to a similar time and place in your life. It’s a song about turmoil, uncertainty, fear and hope circling around future and friendship, and listening to it is basically the equivalent of getting hit directly in the feelings by prime Mike Tyson. It’s an existential mindtrip of a record.

Joan Shelley’s songs are full of meaning and mystery. They’re direct and evocative, but they’re also told at a distance. Over And Even, Shelley’s fourth full-length album, intertwines the themes of love and nature, using picturesque visions of landscapes as the backdrops for stories of relationships found and lost. The album’s melodies are bright and magnetic, but the musicianship is extremely subtle and calculated — everything’s where it should be, with nothing flashy or overpowering. There are no gimmicks in Shelley’s folk music, just expertly penned songs, careful layering and striking vocals.

Twin Limb’s psychedelic dream-pop is a vortex of rich textures and big ideas, held together by steady percussion and chilling vocals. Haplo, the band’s first full-length, was a long time coming, as Twin Limb spent a few years searching for their sound, continuously diving even deeper into the pool of experimentation. The end result was something like if Mazzy Star and Pink Floyd would have formed a supergroup. Haplo was the evolution of an already good band who took a solid base and kept working and working until they got somewhere even further down the line of originality. The album is equally control and chaos — with catchy and inviting elements paired with a massive and spacey atmosphere that sounds like the future.

“I wanted to put out each track that conveyed exactly how I was feeling [at the time]. Our plan was to try to capture different emotions.” That’s what James Lindsey told me shortly after the release of Same Sky, and that’s exactly what you get with the album: a masterful hip-hop roller coaster ride that tracks the ups and downs of being human. There’s frustration with a broken system, hope for a better future, the positives and negatives of nostalgia — everything is very interwoven, stringing together different timelines, different situations, different perspectives. It’s incredibly dynamic, and that’s helped along by the versatile production and Lindsey’s clever vocal work.

After 2017’s semi-autobiographical concept album Seance / Spirit, Jecorey “1200” Arthur returned with Arsnova, an intense and brilliant social critique targeting systemic racism, gentrification and a country that doesn’t want to truly acknowledge its greatest sins. Arthur, who pairs hip-hop beats with samples from classical composers on Arsnova, delivers a remarkable performance, with his words as sharp and focused as ever. You know when someone gives an honest and inspirational speech, and you walk away ignited and contemplative? That’s what these songs are like. The album’s full of straight-forward lines like this: “Compassion City got some segregation / How am I the only one embarrassed, what we about to do to Beecher Terrace? / This 9th Street divide will never parish.”