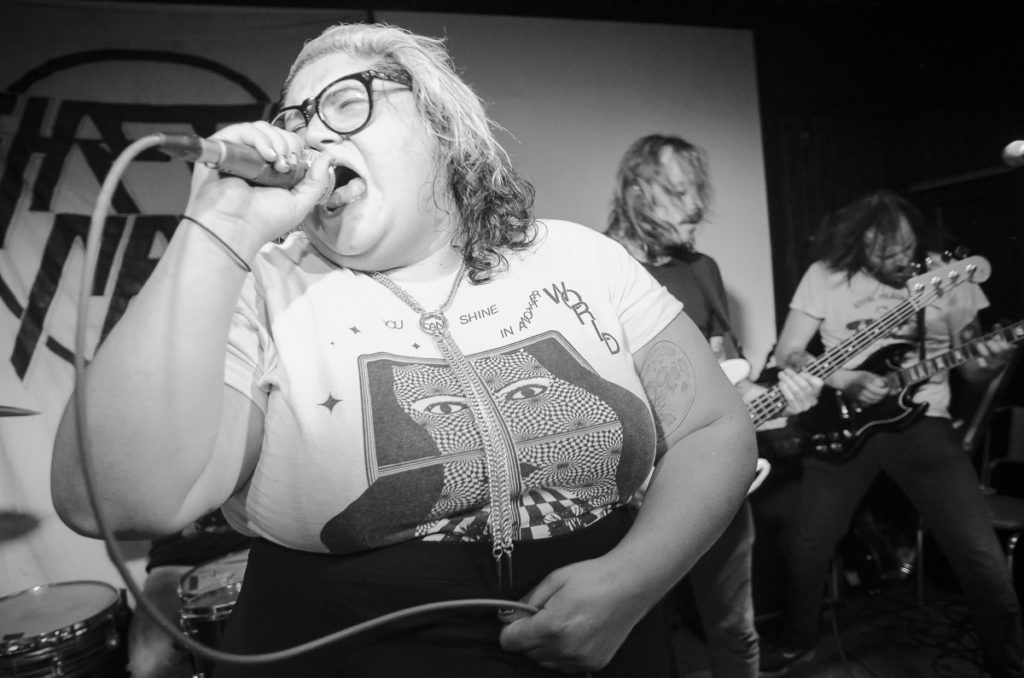 The time frame of in-person concerts returning in any capacity is completely uncertain, and the recent festival cancellations that include Forecastle indicate that getting thousands of people together for live music is probably still a successful vaccine away. For now, we have livestreams and nostalgia. I’ve lived in Louisville and edited the music section of LEO for almost six years, so, while concerts are at a standstill, I figured that now is a good time to remember a few of my favorites. From performances at small bars to massive festivals, many have been great shows, but these stand out for me.

Prince asked if we wanted to hear nine hits in a row, and then he delivered. The mezzanine shook from people dancing so hard. At one point, he let fans on stage and essentially turned the Palace into a nightclub. He worked the crowd like he had some sort of comic book-style mind control device. Those are all still vivid memories from when Prince came to Louisville in 2015, playing four shows in one weekend. I was at the 11 p.m. Saturday concert, and it was probably the best show I’ve ever seen, a masterful combination of iconic songs, guitar god solos, pop star swagger and fresh material with a great backing band. Forty years into his career, he still seemed in his prime, and we lost him too soon.

In 2015, Dr. Dundiff made Forecastle a proposition: Add him to the lineup, and he would create a collaborative performance showcasing the talent in Louisville’s hip-hop scene. And that’s exactly what happened. It was completely unique, the sort of thing that makes a festival experience memorable. Dundiff, 1200, James Lindsey, Rmllw2llz, Shadowpact, Touch AC and others were backed by a live band, with Jim James making a guest appearance. It was completely unpredictable. You know when a surprise guest comes on stage during a show, and it creates a curveball that people talk about for weeks after? That was this entire set.

White Reaper hometown shows are always a blast. They’re packed, people are crowd surfing, and the energy is full throttle, but it all seemed to be turned up to 11 for the release show of their second full-length album, The World’s Best American Band. I think that record was a subtle turning point for them, where they went from a band with buzz to a nationwide rock-and-roll staple, and you could see those doors unlock at this show. I had an early copy of that record for a few months, but I still remember walking away from that show thinking that their trajectory was going to skyrocket.

Seeing a rising, rapidly-evolving band in a tiny venue is one of the greatest concert experiences. When Sheer Mag played Kaiju in 2017, they were touring on their excellent debut Need To Feel Your Love, which followed three rough draft EPs, all of which had a punk snarl and power-pop prowess. Sheer Mag specializes in giant riffs and thunderous vocals, with a sound that’s not far away from ‘70s garage sleeze and ‘80s Camaro rock, but instead of lionizing uppers and bad decisions, the Philly five-piece writes about injustices and revolutions — they have the adrenaline-fueled spirit of Mötley Crüe, but they also have brains. Seeing them on a stage that’s almost on ground level, with a singer as intense and talented as Tina Halladay, felt like we were watching an arena rock band in someone’s living room.

The Jesus and Mary Chain took a 19-year break between studio albums before releasing 2017’s Damage and Joy, a really solid return to form. Even though they were riding high on that album and had already played reunion shows since 2007, I still worried that their general inactivity since the ‘90s would hinder them in a live setting. But the legendary cult shoegazers transcended nostalgia, producing a set that was heavy on new material but also wove in plenty of classics. We’ve all been to a show where a band with a deep discography plays too much stuff off of the mediocre new record, but the songs from Damage and Joy were a positive for The Jesus and Mary Chain. The present and the past had equal influence and strength on that tour.

For the last few years, GRLwood has established themselves as one of the best live bands in Louisville, and the release show for their latest album, I Sold My Soul To The Devil When I Was 12, was a peak performance. Their dynamic loud-quiet patterns and sharp sociopolitical perspectives have established the duo as a truly original act, and they’ve continued to get better and better, adding more solid songs to their arsenal. There was something about this show though — probably a combination of the crowd’s excitement and the band’s new songs in a live setting — where it seemed that they had hit another level. The show was also packed with talented local openers — Hazelfire, Mike Bandanna, Belushi Speedball and Wombo also played that night. The atmosphere was contagious, and it had the feeling of something that couldn’t be replicated. •