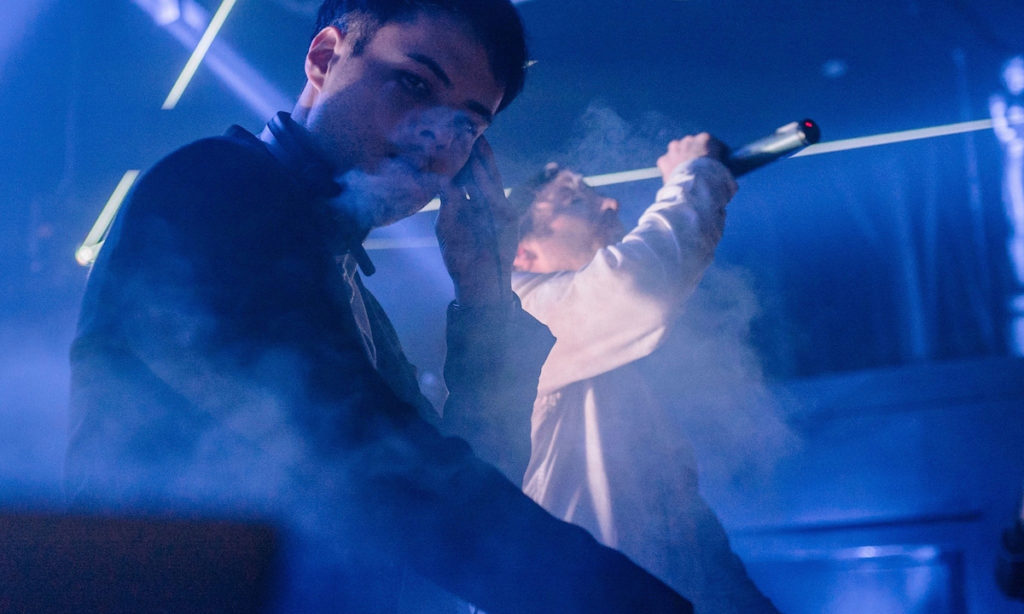 Guestroom Records Presents: Other Music Documentary Screening
$11.50  |  Any time
Other Music was a New York record store that helped launch the careers of Vampire Weekend, Animal Collective and many other indie bands who gained popularity during the early 2000s. But, in 2016, Other Music closed in the face of rising rent and competition from digital music. Now, the makers of this documentary about the cultural landmark are working to make sure the same doesn’t happen to independent record stores around the United States, which are under particular pressure because of the novel coronavirus. Rent the film for three days and half of your ticket proceeds will go to Louisville’s Guestroom Records.

Paint Nite: Blooming Bubbles
$15  |  11 a.m.-1 p.m.
Follow this virtual painting lesson, led by Louisville blogger Allison Lewis, to create a fanciful piece of art for your home (see link for example). You will need a canvas or something similar to paint on, one large and one skinny paintbrush and six colors: red, blue, green, yellow, black and white.

Glittertitz
Facebook Live/Twitch
Donations accepted  |  11 p.m.
Have yourself a quarantine dance party with Louisville’s most popular DJs. They bring all the elements: laser lights, a strobe and, of course, the music. You just have to move (and maybe throw a tip their way).

The Big Table Virtual Dinner
Zoom
Free  |  7-8:30 p.m.
The idea is the same for the virtual Big Table as it is for the real-life Big Table: to have a conversation with people from all sorts of cultural backgrounds over a meal. This is the first online version of what’s typically a huge, annual event, and it will be smaller than usual, but the eventual goal is to invite people from around the world to participate. Sign up here and organizers will email you a Zoom link.