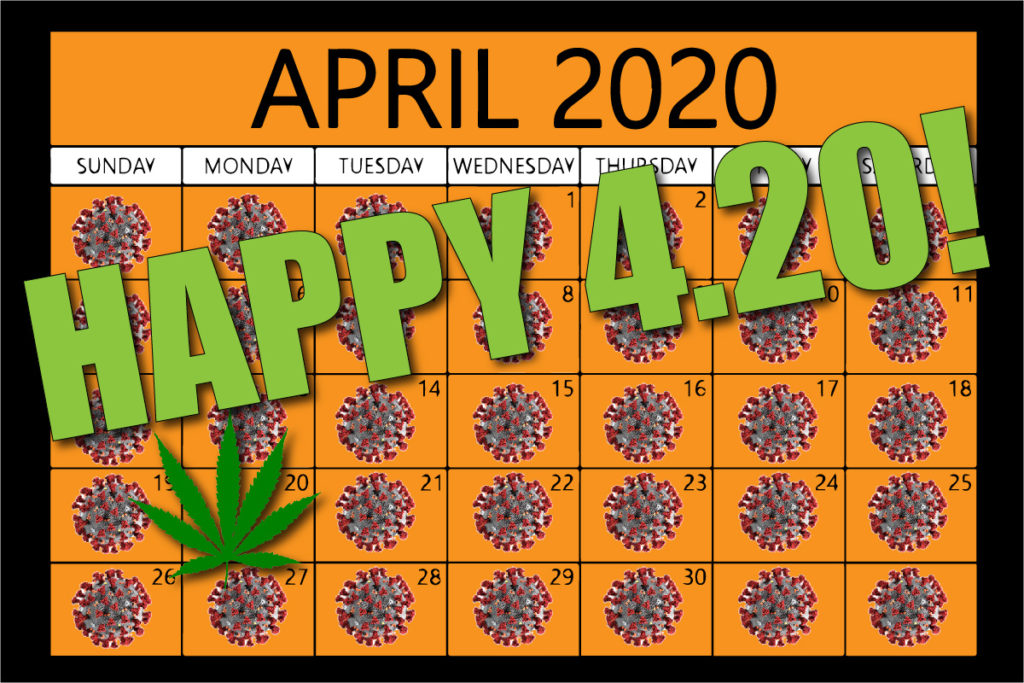 The Louisville dealer’s customers were asking for more weed than usual, he said. They told him that they were “stocking up” for the coronavirus.

But, sooner than he had expected, they were hitting him up again for more edibles, flower or vape cartridges.

“I found that they were smoking more, just because they were sitting at home, so they weren’t really ‘stocking up,’” the dealer, a 29-year-old business student, told LEO.

So, he raised the prices — his carts went up by $5 — and he started requiring customers to buy in bulk, so they wouldn’t come by as often. He wasn’t annoyed by the extra business, but he was trying to be safe during the epidemic — experts recommend avoiding exposure to lots of people.

As one of his customers, a 29-year-old laid off restaurant manager, observed, the coronavirus is restructuring society, changing even the “little things” in life —  and weed consumption and access are two of them.

It’s creating questions for users that sound similar to health conundrums that the rest of the society is grappling with: Is sharing OK (when it comes to bowls and bongs, that is)? And could smoking or vaping make you more vulnerable to COVID-19?

For some, pot is getting harder to find. Others have reliable access but are facing a narrowed selection and elevated prices.

LEO spoke to a user with less access than usual who said she is rationing her supply. Those who feel secure are using more. For all people we spoke with, it’s a lifeline — a source of fun in hard times and an important medical salve for anxiety, insomnia and more. We are not identifying them in this story because marijuana use and sales remain illegal in Kentucky.

The Louisville restaurant manager has mixed feelings about her increased pot use — she’s smoking half an ounce per week instead of her usual quarter.

On one hand, she’s lost her job because of coronavirus, and she occasionally feels guilty for spending more than usual on weed at a time when she thinks she should be saving.

“But lately,” she said, “I don’t really buy many other things. I don’t drink, I don’t smoke cigarettes, I don’t use any form of medication, so I kind of justify it with, ‘this is my medicine,’ and I’m also using this for, this is my recreational fun.”

She smokes weed for anxiety — anxiety that has gotten worse lately, especially on excursions to the grocery store and in those moments when she worries about her job.

Her dealer is the business student, who has contacts in Oregon and Colorado, where weed is legal, so she’s not concerned with running out. And he’s set up extra safety measures for customers: They have to come alone, and there are always sanitizing wipes on the table.

What she does worry about is whether smoking is compromising her health, leaving her susceptible to complications if she contracts COVID-19. And, her roommate, who she often shares a bowl with, continues to work in a public-facing job — another risk.

“You have people like me that overanalyze literally anything and now I’m stuck at home to do that all day long,” she said.

Experts, interviewed by SF Weekly and The Philadelphia Inquirer, have also raised these concerns. Definitive answers are few, but sharing is universally frowned upon and research suggests that smoking of all kinds could depress the immune function of lungs. Edibles are considered a safer method of using cannabis.

Two weeks ago, the business student dealer made his regular trip to Colorado to collect his cannabis haul.

But the trip he’d been planning for several months was different than usual. Many dispensaries were closed under the state’s stay-at-home order, and the ones that were open were limiting the amount of people in their stores.

“They may be essential businesses, but it’s pretty hard to get in the doors,” he said.

Access to cannabis for everyone is disrupted, whether you’re in an illegal state or not.

For the dealer, it meant that he couldn’t go on his usual rounds from store to store in Colorado. But, he had come prepared. His medical cardholder contact had stocked up on vape carts and concentrate for him.

The Louisville dealer came alone to Colorado — not typical for him — and stayed only one night to collect what he needed and then leave.

For flower and edibles, he had another solution: A friend in Oregon who used to work at a medical dispensary helped him arrange mail shipments.

“If I hadn’t been able to go do it, I’d feel pretty bad,” the dealer said.

Many of his customers use for medical reasons, and, although he would have been able to scrounge up some local supply for them, he doesn’t consider it to be as good of quality.

As it is, he’s not worried about running out, but his selection has taken a hit: He has only a few strains of flower instead of 20 to 30, and he doesn’t have as many edibles as usual.

Another Louisville dealer, a 27-year-old who works in IT, said that his customers have doubled their usage.

“I can’t determine If it’s actually from the quarantine and having to stay home — people are bored, or if it’s more from a nervous factor of people’s anxiety is higher, and they’re trying to calm their nerves,” he said.

Prices have also gone up, he says by 5% to 10%, partly because it now costs more to ship cannabis in from legal states. But, it’s still coming in.

The dealer has been more careful with how he gets his cannabis to customers. Instead of handing it off, he’ll place it in the seat of his car for them to take.

“Outside of that, it’s pretty much like anything else I do once I leave my house: Go out, get it done and come home, wash my hands, pray that I’m safe,” he said.

Not everyone is so sure about where their next ounce is coming from.

A 44-year-old IT data analyst said that weed is getting harder to find. Many people she knows get their cannabis by traveling to legal dispensaries in Illinois, a trip that’s gotten harder to make because of travel restrictions.

But, seeing coronavirus coming, the data analyst, who describes herself as an “old hippie” type, stocked up before Kentucky shut down. She doesn’t use much, anyway — just a few hits from her vape to help with her insomnia. In a month, she goes through an ounce. She has a half an ounce left, so she’s being “conservative” with vaping it, eking out as many tokes as she can for every thimbleful of cannabis.

“I was like, well, worst case scenario, I’m going to have to take melatonin again,” she said.

Luckily, she stocked up on that, too.

If nothing else, she hopes that coronavirus might wake up Kentucky legislators to the benefits of legalization.

“I would think, in a situation like this where you have something that A, could be a cash crop and have us come out of this economic recession… Here is an opportunity where if we were ever going to take some guidance and have some time to do our due diligence and do our research, now is a great time to do it,” she said.