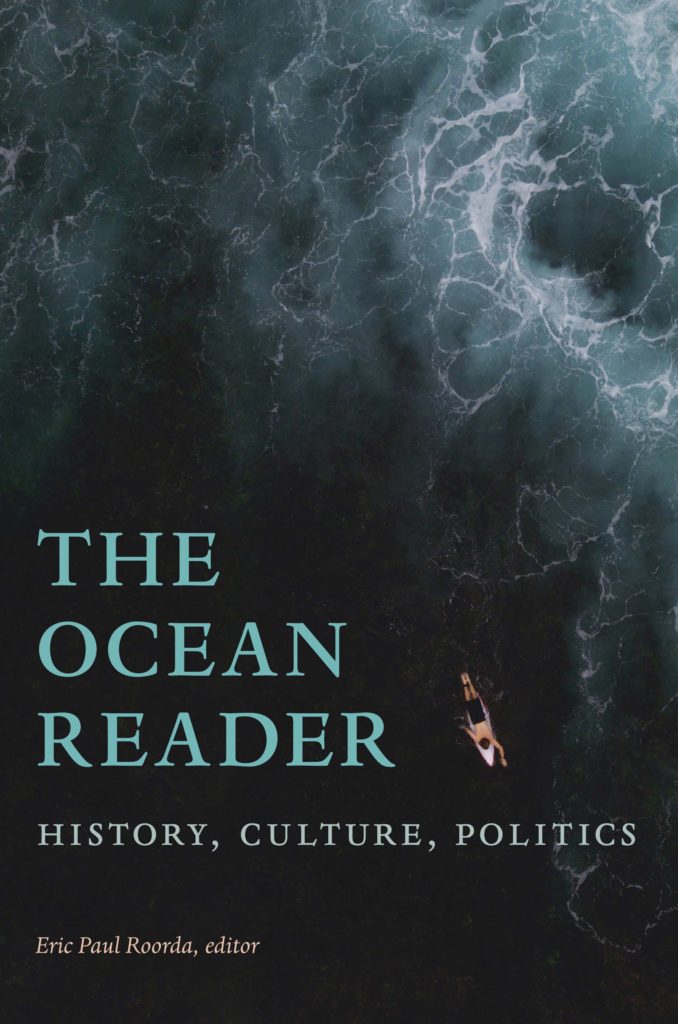 It’s a dangerous understatement to say that people all over should improve their understanding of the oceans. To some, the saltwater resources that cover nearly three-quarters of the planet’s surface are a source of edible fish, potential recreation sites and a dumping ground that’ll swallow up things better than any landfill. Of course, that’s a bogus statement. But consider how Rachel Carson’s “The Sea Around Us” was a revelation in the 1950s — yet it’s practically a primer. What that book conveyed is still pretty much outside the scope of common knowledge if you don’t live in a coastal zone.

The same could be said for the film and television work of Jacques Cousteau, even though he was displaying it all in living color, right in your face. But the prevailing attitude of most people has seemed to follow what Bellarmine University history professor Eric Paul Roorda suggests in his introduction: “Those who have considered the watery majority of the planet on its own terms have often seen it as a changeless space, one without a history. Because the Ocean can’t be plowed, paved, or shaped in ways the eye is able to discern, it has seemed to be a constant … But such is not the case.”

As stated plainly by its title, this is an old-fashioned reader. Though perfectly up to date in content, the components of the dozen themed sections might seem scattershot. Editor Roorda is upfront about this when he admits, “This anthology samples a variety of approaches to understanding the sea, reflecting what might be called the new Ocean history … Environmental science, social history, marine ecology and other approaches have combined to transform the field of maritime studies.”

The fascinating biology of sea life, often the gateway for curious minds in the past, is here subsumed to humans’ relationship with the ocean. This shift from traditional focus isn’t total, though. Beginning section “Creation” reaches back to the Precambrian and beyond. Closing sections entitled “Laboratory” and “The Endangered Ocean” speak with a sense of imminent desperation while showing how studies of the watery world have not kept up with the need to address observable resource exploitation.

Pliny the Elder, as quoted by Izaak Walton, knew the score back in ancient times: “That nature’s great and wonderful power is more demonstrated in the sea than on the land.” And a truly remarkable lineup of contributors reinforces the value of knowledge of the seas. Herman Melville and Mark Twain aren’t unexpected — and any “Jeopardy!” watcher probably knows it was Jack London who brought surfing into the American culture. But Edward Elgar? And everyone from Herodotus to the Office of Naval Intelligence chiming in with contributions on naval battles?

Know what you’re getting into here: Professor Roorda’s italicized editorial notes at the start of entries regularly run almost as long as the entries. This editor is very well published — but it’s surprising how his own voice is the choice for background information or translations, and it’s his archive that’s the source for many of the illustrations. Only occasionally does this singular voice pile up in what seems an infodump in preparation to give readers a pop quiz. More often, the very breadth of the selections and some of the breeziness of some of the writing keeps things on an even keel.

Extra credit for including a geek’s delight that combines the absurd with a hint of the ominous: The story of how rubber duckies flung overboard in a storm proceeded to become pioneering conquerors of the Northwest Passage. The once-mythical trade route that swallowed up entire expeditions will soon become reality (and a potential trade war prize) thanks to global warming. •