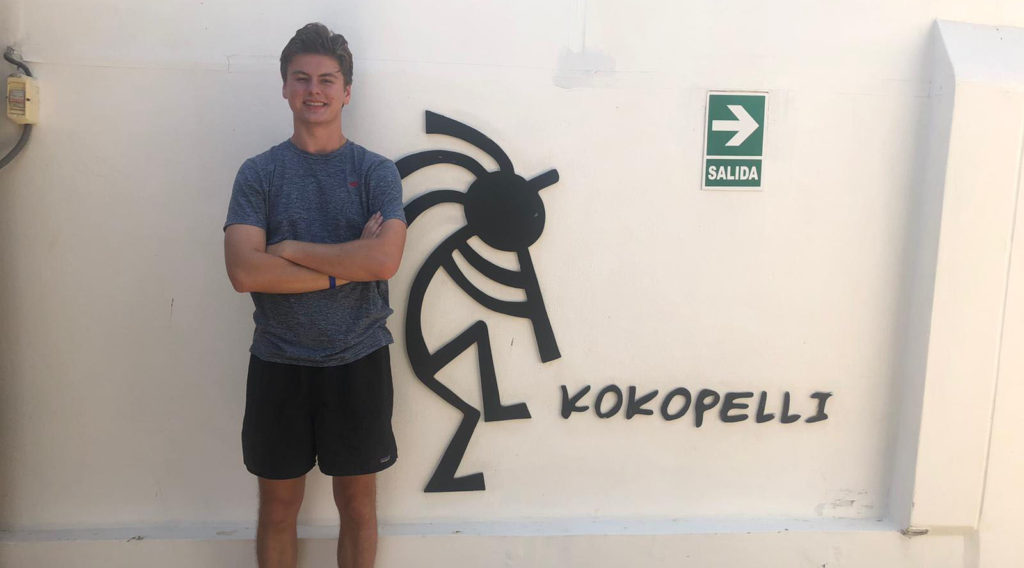 Editor’s Note: This story has been updated since Jack Hardin’s return to the United States.

Jack Hardin is back in his hometown of Louisville after being stuck in Peru for over two weeks under a coronavirus-driven national lockdown.

“I feel great,” said the 19-year-old on Wednesday afternoon, less than a day after getting back to the United States. “It’s much more relaxed here by far. You’re still able to go to stores, drive around, it’s just a lot more freedom.” (Although, he’ll have to wait to fully enjoy that freedom; Hardin said he’ll be in self quarantine for at least the next two weeks).

Hardin believes he was one of the last stranded Americans to be evacuated out of Peru after the government started a national quarantine on March 16, blocking most flights in and out of the country.

As of March 30, the U.S. Embassy reported it had evacuated 2,800 Americans. But the process leading up to Hardin’s flight was difficult. He told LEO last week that the U.S. government was not providing as much information about its efforts to extract him from the country as he would have liked.

On Sunday, he finally received a message from the U.S. embassy in Peru that a bus would pick him up in the morning to drive him to a military hangar in Lima. He was one of the last to receive an email because he was stranded three hours outside of a big city, stuck in the small beach town of Paracas.

At midnight on Tuesday, Hardin arrived in Louisville, weary after around 18 hours of traveling. The first thing he did upon returning was rest.

Hardin left the U.S. for a solo backpacking trip across South America on Feb. 13. At the time, there were only 15 cases of coronavirus in the United States, and its threat seemed far off to him.

“I’d heard of it because of the Wuhan cases in China, and I’d seen all the videos, but I didn’t think it was going to spread that quickly,” Hardin said.

He started off his trip in Columbia, happily immersing himself in a culture he had never experienced. No one he encountered there was worried about coronavirus. It wasn’t until he arrived in Peru, about four weeks into his trip, that he started to realize that things were getting serious.

“I was seeing that the United States was starting to freak out,” Hardin said. “I was just seeing kind of on social media all the stuff about toilet paper being taken away.”

On March 14, he decided to book a flight back to the United States.

One day later, the Peruvian government announced its national quarantine.

Hardin had to rely on the U.S. government to get him back to the country.

“I’ll say the whole process has not felt transparent at all,” he told LEO last week. “You just kind of hear about people getting out. It’s not real structured.”

The U.S. launched a repatriation task force for Americans stuck abroad on March 19, but at first, it wasn’t having success extracting its citizens from Peru. Politico reported last week that negotiations were stalled by demands from the Peruvian government for the United States to ensure safe passage for its citizens trapped abroad as well. Last Wednesday, U.S. Sen. Marco Rubio, R-Florida, tweeted that a “competent official” would be heading to Peru to help extract Americans there.

Hardin’s parents also contacted Kentucky U.S. Sens. Rand Paul and Mitch McConnell and U.S. Rep. John Yarmuth, LEO’s founder, in hopes of getting him back soon. All offices responded to Hardin’s father, Jeff Hardin, and kept Jeff updated on the situation, he said.

Meanwhile, Peru’s national quarantine grew more prohibitive. At first, alcohol and social gatherings were banned. Hardin was only allowed to leave his hostel to go to the grocery and pharmacy. Then, an 8 p.m. curfew was instated, with the threat of arrest if Hardin or others violated it. Before Hardin left, the curfew was tightened to 6 p.m.

Finally, on Sunday at noon, the U.S. Embassy contacted Hardin, saying that he was the next to get out of the country. At 5:30 a.m. the next day, a bus arrived to pick up him and around seven other Americans.

On its way out of the city, the bus was waved through a checkpoint by Peruvian police. When Hardin’s ride reached another city where around 20 Americans were waiting, it was guided through by a government motorcade.

Hardin and the other passengers were taken to an airport hangar in Lima that was crowded with more U.S. citizens waiting to get home. They were all asked to sign documentation promising that they would be responsible for reimbursing the American government for the flight.

“The mood was definitely that we were all very excited and happy to be coming back to the United States, because it had been 16 days at that point,” said Hardin. “But it was also a little, you could sense a tad bit of maybe agitation amongst people just because we’re signing promissary notes, and we don’t know how much we’re actually paying for the flight.”

At least Hardin was flying out of Peru, though. At 8 p.m., he reached U.S. soil for the first time in over a month on a layover in Miami. By midnight, he was in Louisville.

Hardin’s father picked him up from the airport.

Throughout the time that Hardin was stuck in South America, his parents, who are divorced, have been stressed about when he would get home.

After Hardin got back to Louisville, his dad took him back to his house, where Hardin got to sleep after many long hours of travel.

When he spoke to LEO, he was just about to visit his mom for the first time.