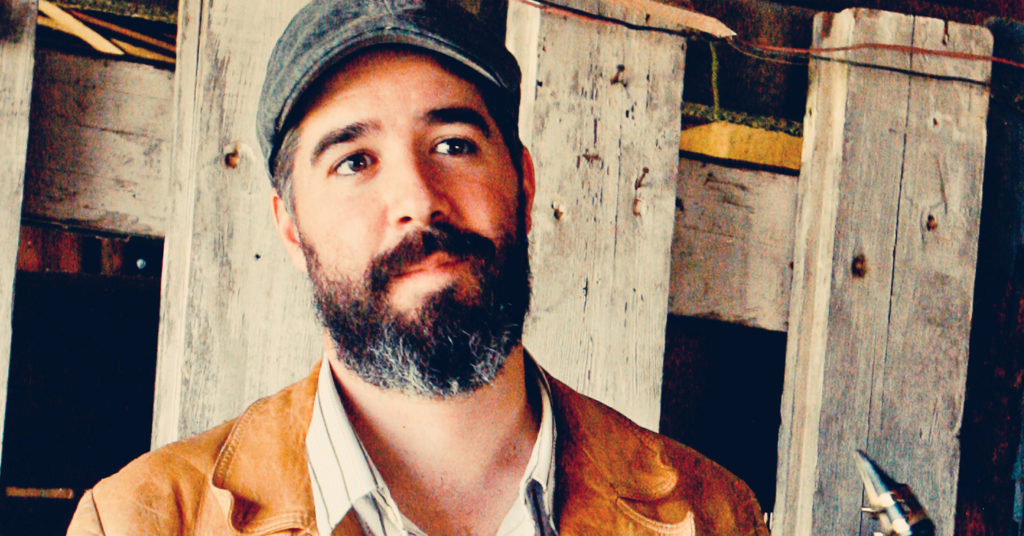 [Editor’s Note: After this story was published, it was announced that Norah Jones cancelled her performance at this concert. Both performances are still set to run as scheduled.]

The Festival of American Music has stood out by bringing together local musicians and other non-classical artists with the Louisville Orchestra for unique, one-time performances. They usually feature a range of Kentucky composers as a singular program. The festival is a bit different this year with saxophonist and composer Jacob Duncan presenting his own program of original compositions, “Never Was. Will Be.,” which premieres at The Kentucky Center March 13-14.

The themes unfold in a trio of symphonic poems: “War Prayers,” a piece tied to Mark Twain’s critical short story, “The War Prayer;” “Somnambulist in America,” based on the poem by Langston Hughes, “Let America Be America Again;” and “Being,” a “hymn to humanity,” which was originally performed with Duncan’s former ensemble, Liberation Prophecy. The remaining pieces also include new arrangements from that era, which he tailored for the orchestra.

Going along with the festival’s tradition, the performances of these new works enlist the Louisville Orchestra with a vocal ensemble, jazz sextet, guest soloists and one of Duncan’s longtime collaborators, Norah Jones. While some pieces of “Never Was. Will Be.” are derived from American texts, and others from his imagination, Duncan uses all of them to underline the central theme: a call for “radical compassion and radical listening.”

“Some people don’t realize they have love around them,” Duncan told LEO. “And that’s so sad, because there is love everywhere. There’s a lot of mess. And that’s what this program’s about, but also, I feel like, overall, the program is about radical compassion only happens through radical awareness. If you’re not thinking about everything that is happening, and generally thinking about the pain and suffering in the world, then it’s hard to actually be a compassionate person.

“They’re the themes we need to be thinking about,” he added. “And I think we need to be more compassionate, and I think that we need to think about grief as the major driver of where we are developmentally.” Duncan sat down with LEO to further break down his new compositions — and, in the process, what it means to be compassionate.

“I started writing some things down for my impression of this story; I think it was probably emotionally brought on by just some of the immigration that was happening in Europe and Syria, and all that stuff. For some reason, it related in my mind to the idea of the way that we request things from the universe. That there’s always a second part to that — that if you’re trying to get something, you also could be destroying something, so you’ve got to be careful. In my mind, I was kind of re-staging Twain’s narrative as a conversation about human wishes that are ignoring the destructive consequences of those wishes.”

“There’s a correlation between the America that Langston Hughes saw and the one that seems to be promoted now as America, you know. It’s an interesting issue that comes up in the poem and I think it’s probably written about a lot, which is basically, America never was the America that people keep on talking about. But it is — the idea of America is possible if we allow each other to be who we are. And stop impeding the development of each other because of money and greed, and war and race, and gender. ‘Somnambulist in America,’ it’s basically about apathy of white America. But also, the oppressive – the oppression of that apathy on our development as human beings and connection to each other through that.

“The last piece in this trilogy is called ‘Being’ and this was –- we definitely performed this with Liberation Prophecy, but it was never recorded. And I just basically rearranged it for a full orchestra, and that’s the one that Norah comes and sings on. ‘Being’ is basically a hymn to humanity and a piece that kind of questions the reverence of competition, and I feel like is an invitation to radical compassion.”

“In my mind, it’s about romance. It’s about cosmic romance, it is the earth and it’s the sky at night while we’re here sleeping. It is something that happens every single night. And in the absence of human activity. And even if we don’t see it, we know it happens and we admire that dance, admire that just pure intimacy between the earth and the sky. And we support it. We need it. And that’s what that piece is really about. It’s about something that we have every single night that we have an example of, that we have something modeling for us what it means to love each other, even if we’re completely different. And those things envelope each other — they become one.”

“It’s basically about the growth and rebirth of humans in the entire universe. And my feeling is not negative, and it’s not nihilistic, but we’re not going to exist for a whole lot longer. But that’s okay. I just don’t think that humanity – we’re just not making the choices that we need to make; we’re not being compassionate enough with our environment and with each other. There’s a lot of greed and it’s really destroying everything. … There will be, and might already be, other humanoid type figures out in the universe that will also do the same thing we’re doing. They will work hard to try to understand why they are here. And they will also destroy themselves and their environments, but maybe make it a little bit further in terms of being compassionate humans, or humanoids. Then at some point there’s going to be people — or there might be now somewhere — that have made it. They made it. They found true balance within themselves and through their universe. I don’t see why that’s not possible.” •