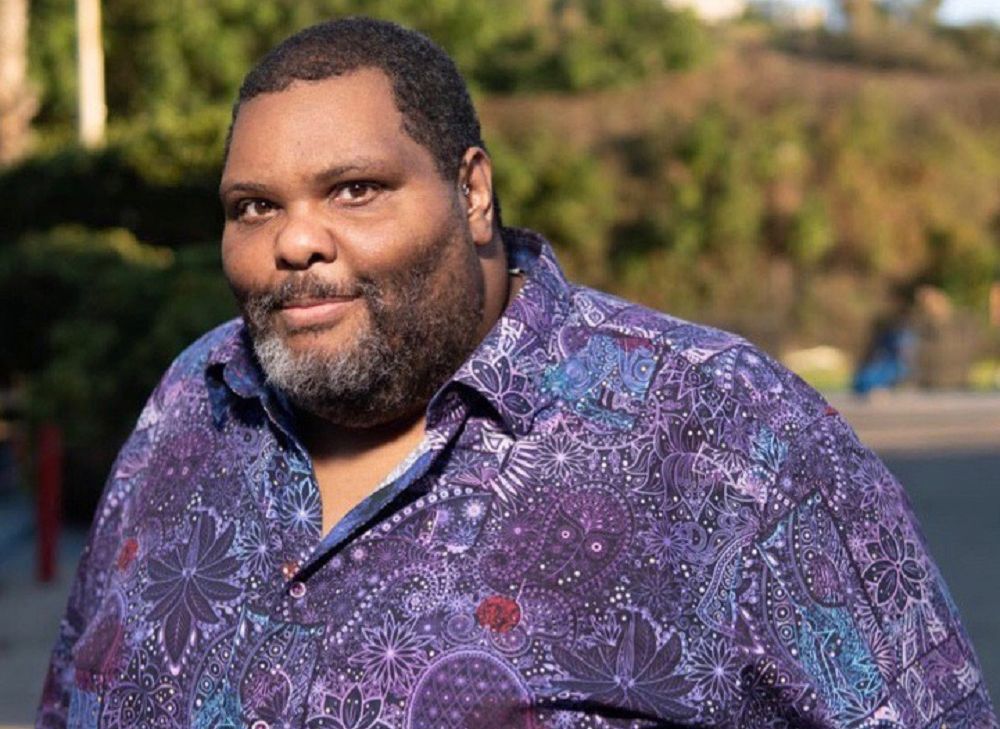 Comedian Mo Alexander once died in a hospital but was revived two minutes later, coincidentally, on Easter Sunday. And when a nurse asked him about his relationship with Jesus, he said, “Unless you fuck up, hopefully, long distance.” An avid music fan, Alexander recently recorded his upcoming comedy album at the iconic Sun Studio in Memphis (he’s the only comic to have recorded there).

LEO: What do you think of when you think of returning to Louisville?
Mo Alexander: I remember the last time I was there, they put me on this local TV show, and they had me on with this woman who owned a donut store. She was like, ‘You can have all of the donuts you want.’ I was trying to be good, and I’m like, ‘You step away from me, you demon.’ It was really hard. I’m just thinking, ‘I hate you. I want to put my face all up in your donuts.’

What was it like growing up in Memphis?
It’s Memphis. It taught me a lot about good barbecue, how to not get shot and Memphis Tigers basketball. I love Memphis. It’s my home. I still live here because it’s where I can relax and decompress. Memphis is a special kind of stupid, but I love this place.

You recorded your album at Sun Studio, is there a lot of pressure performing in a space with such a rich history?
Dude, it didn’t become real to me that we were actually doing that until the day before we recorded it. They opened it up, let us in and all of a sudden, you’re in the actual recording studio. You’re like, ‘What the hell? I’m not supposed to be here right now.’ But they’re letting you be there. I am officially the only comedian to ever do an album in Sun Studio. Everybody played there, Elvis recorded there, U2, B.B. King, Johnny Cash — the history in those walls is unbelievable. The whole time we were talking about it, I thought, ‘There’s no way they’re going to let us do this.’ And they did!

Memphis has a rich music history as home of Sun Studio and Stax Records. How was music involved in your upbringing?
There you go, I love you already — you know Stax! I grew up around Stax. My mom would tell me stories of guys like Isaac Hayes walking down the street just being Isaac Hayes. Dude, you don’t know how much I love Stax. In the video we shot for the album, we shot me walking in front of all the major studios in Memphis. There’s not just Sun and Stax. There’s Ardent where R.E.M. recorded Green, American Sound Studio where Neil Diamond recorded ‘Sweet Caroline.’ I’m a huge music fan and just feel lucky that where I grew up has such a cool history in it.

You died a few years ago. Has that experience had an impact on your comedy?
Of course. I hurt my foot and was immobile for a few weeks. That caused some blood clots, so I went to the hospital. That’s when I died. I died on Easter Sunday, April 5, 2015. I was dead for two minutes before they brought me back. Thing is, with all of the medication they had me on and the surgeries, I lost a whole album. I had all of this material I had been planning to record for an album in May of that year, and after all of that, it was just gone. I ended up writing a whole new album in the hospital called ‘Got Clots.’

What was the wildest part of that experience?
I had a nurse tell me I was going to hell.

What?
When I first got there, I was miserable, I was having a hard time breathing. And my nurse is this super high-energy, happy guy. He comes in, ‘Hey, let me tell you a joke.’ I’m like, ‘Bitch, why do you want me to laugh? I can’t breathe. I can barely talk.’ But I couldn’t say that to him because he was my nurse. He could accidentally kill me on purpose. You understand me? So, I had to put up with his bullshit for hours. He was with me all day, and I just wanted to punch him in the face. Then, right before he leaves his shift, he asks me, ‘So, what’s your relationship with Jesus?’ Me, being a comic and an asshole, my response was: ‘Unless you fuck up, hopefully, long distance.’ He just lost his mind. Told me I was going to hell. Security had to come take him away. I got that dude fired. We’re in a hospital — you can’t recruit in a hospital. •