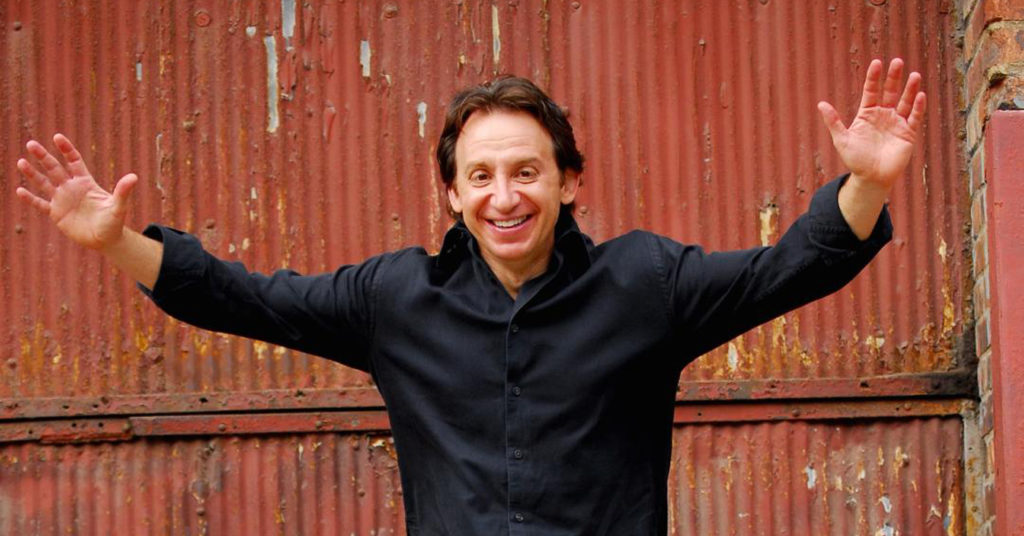 Bill Boronkay worked around the country as a sportcaster. But after ESPN passed him over, he turned to comedy. “A co-worker even told me once, ‘You aren’t sure if you want to be a sportscaster or a comedian,’” he said. “Turns out she was right.” See this week if he made the right choice.

LEO: You grew up in Cincinnati. Do you have any memories of Louisville?
Bill Boronkay: I’ve performed there many times, so sure. Playing The Caravan is always fun because it’s such a historic place in the history of comedy. But when I really think about Louisville, I think about when I was a student at University of Cincinnati. We decided to go down to Louisville for a football game because we were playing them there. We showed up just like the slobs that we were, and we walk into the stadium, and all of the UofL fans are dressed up. Men in coats. Women in dresses. Here we are, looking like we just woke up off a park bench. We were like, ‘Wow, these people take their football seriously.’ And by the end of the game, everybody in the stadium was hammered. I felt like this is the best-dressed bunch of drunken buffoons I’ve ever been around.

Why release your special ‘You Can Do Better’ on the app Dry Bar Comedy?
They’ve been around for a couple of years and found a really cool niche market. The main thing with Dry Bar is that you have to be completely clean, which, I’m not really that way. I usually work PG-13, but I can swing either way — get dirtier if I need to or clean it up if I need to. But Dry Bar has really created a platform and network that is really helping a lot of comics get out there and get exposed to people and markets they might not have been otherwise.

How did sportscasting lead into comedy?
Well, even as a sportscaster, I always liked to joke and leave the audience laughing. I think it goes with the territory. You watch any sportscast, and the announcers and such are trying to crack jokes and keep it interesting. My big thing was not so much making the audience laugh, but if I could get the anchors or my co-hosts to laugh, that was all I wanted — was to see them break. That’s when I knew it was funny. A co-worker even told me once, ‘You aren’t sure if you want to be a sportscaster or a comedian.’ Turns out she was right. Anyway, I lost my job, started going through the process for a job with ESPN, which came down to me or another guy. He got the gig. I decided to focus on doing comedy.

What drew you to sports?
I was a good backyard athlete. But anytime I tried to work within the structure of an organized team, I hated it. But there was always something about sports that kept my attention. It’s all of these impressive acts of athleticism mixed with the dramatic elements of someone winning and someone losing. There is so much going on all of the time — it’s hard not to get sucked in.

As a sportscaster you worked all over. Where’s the worst place you ever lived?
It’s funny to say, because it’s Myrtle Beach. How can you not like Myrtle Beach? The city was fine, but the job was awful. It was this little, religious station there that was ultimately just a front for one of those crooked, Christian, con-job operations, like a Jim Bakker situation. …

Tell me about ‘Cruise-In,’ the show you host on Fox Sports.
That’s been really fun for me. Basically, we travel around to all of these different car shows where people come together to show their stuff off, and we talk to them. We have fun with them, laugh at some of the ridiculousness of the culture. The thing is, I don’t know anything about cars. So, it’s almost like I’m the untrustworthy narrator of this whole experience. A friend of mine, who is a car guy, told me, ‘I love watching you because I learn a lot from someone who doesn’t know anything.’ •