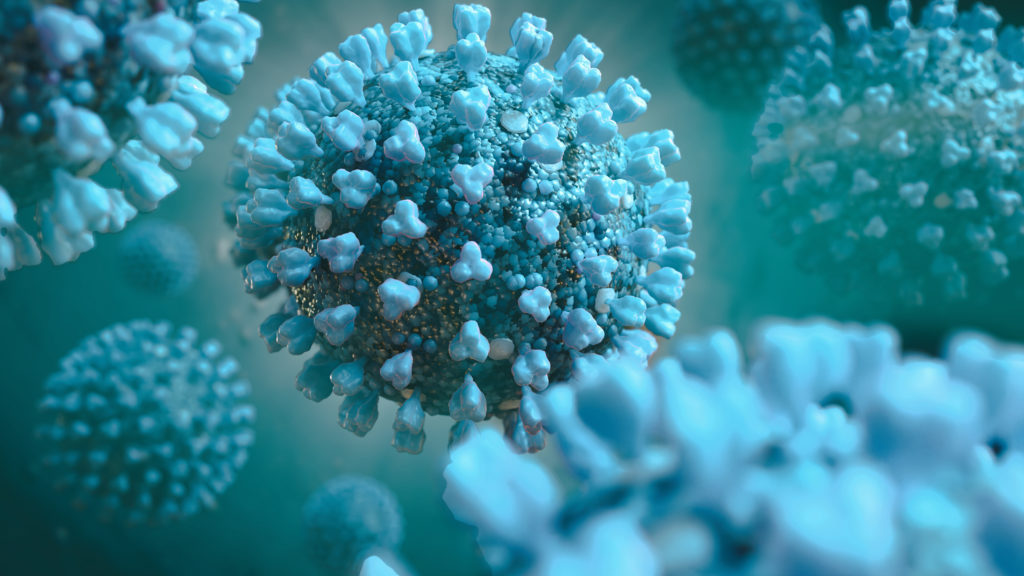 But his suggestion exposed an issue that has long been embedded in the country’s service industry. Many lower-paid service industry employees don’t get paid sick leave (or health insurance). And, if they choose to stay home, they risk missing paychecks, not getting scheduled or maybe even losing a job.

“It simply isn’t done — to call in sick,” said Marsha Lynch, a former Louisville chef and LEO columnist, “unless you’re in the hospital or in jail or had a car wreck on the way.”

After Jefferson County recorded its first case of COVID-19, Beshear sought to assure Kentuckians they have no reason to panic. He advised them to follow the advice of health experts — including one alert from the U.S. Centers for Disease Control and Prevention that anyone with symptoms (a cough, fever and shortness of breath) should stay home from work.

And this week, state Sen. Morgan McGarvey, D-Louisville, filed a bill that would require employers to provide paid sick leave to their employees.

But if and until that passes, workers without benefits are under pressure to work every day they are scheduled. And employees in the service industry, particularly those in the restaurant industry, are less likely to have paid time off.

Sixty-nine percent of low-income workers in the accommodation and food service industries lack access to paid sick days, according to a 2017 report from the national Economic Policy Institute, a non-partisan think tank in Washington, D.C. That was compared to 36% of private sector employees nationwide.

Louisville, which has built a national reputation for its independent restaurants, also has this problem. In 2011, Louisville restaurant manager Gary Fox and others in the local industry (including Lynch) formed the nonprofit Apron Inc. to financially extend a hand to sick or injured restaurant employees without paid sick leave or health insurance.

“It’s an odd business because they’ve given lots of people in Louisville employment but just not benefits. They just can’t afford benefits,” said Fox, who declined to talk about his own benefits package.

LEO contacted several restaurant owners and hotels. No one agreed to be interviewed on the record.

Service industry employees are particularly at risk of contracting and spreading coronovirus because of the number of people they interact with, but restaurant workers are not more likely than any other service industry worker to come into contact with the disease, according to Dave Langdon, a spokesperson for the Louisville Metro Department of Public Health and Wellness. By law, restaurant employees, including food handlers, are not allowed to work if they come down with illnesses including hepatitis and norovirus. But Kentucky code does not cover coronovirus.

Stacy Roof, president of the Kentucky Restaurant Association, said that she has never heard of a restaurant employer intentionally allowing a sick employee to work.

“I’m sure that some things like that may go on just like they would in any other industry, but I think most of our members if not all of our members are more concerned with the overall health of their employees and their customers than trying to get through a shift shorthanded,” she said.

However, Lynch said that restaurant managers and owners often choose to avoid the subject of employee time off.

“No one says you never call in sick,” she said. “It’s just kind of known.”

One Louisville area bartender, who spoke to LEO under the condition of anonymity to protect his job, said that when he had sinus issues last year and asked to not come into work for one day, his boss protested but eventually let up.

“If I got sick like that and had to miss two or three days, I would be willing to bet it wouldn’t probably be long before my replacement,” said the bartender, who has been in the industry for 20 years and has never received paid sick leave.

Lynch said that Louisville restaurants are often short staffed, but that doesn’t stop them from firing employees for calling in sick. “Even though they’re short staffed, they can find somebody else,” she said.

For sick employees, staying home also means not getting paid. The anonymous bartender said that missing one day means losing around $200 from his weekly paycheck.

Fox said that is true for other restaurant employees.

“Most employees in the dining, restaurant business are in transient parts of their lives — a lot aren’t but many are,” Fox said. “Many are students, many are in between the job that they really want to do and use restaurant jobs as a fallback. Many are just out of divorces or just new to town. So, they don’t have the back up that they need to to weather three or four weeks of not working.”

Fox suspects that, because coronavirus is at the top of everyone’s mind, restaurant owners and managers will be more vigilant about sending home employees that are symptomatic.

Apron is prepared to help restaurant employees pay their bills with grants if they can’t work because of coronavirus symptoms, said Fox. But, the nonprofit might have to lower their grant amounts (their largest gift is $1,500) to accommodate for more demand.

Fox and Roof said they are worried that the restaurant industry might take a hit because of coronavirus. “Some restaurant owners are, themselves, living paycheck to paycheck if you will,” said Fox.

When asked about Beshear’s comments about paid time off, Roof said, “I think it’s easy to make a statement like that when you’re not running a business.” •